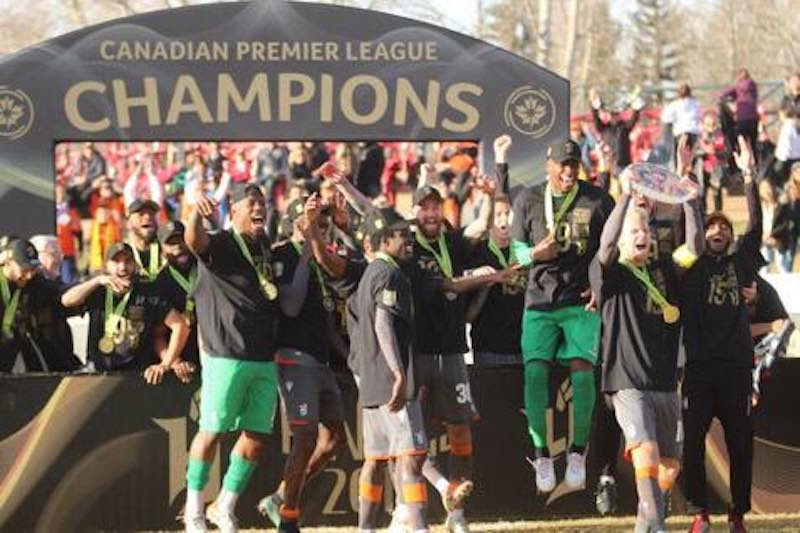 By James Nalton, with reporting from Thomas Nef at Spruce Meadows, Alberta, Canada.

The Canadian Premier League had been building up to kick-off for some time. The quest for a professional league in the country has been going on for several years, and from the first official rumblings in 2016 to the big kick-off his year, the introduction of the CPL has been a much-anticipated move for soccer in the country.

The enthusiasm and passion from those involved in setting up the league has been evident throughout, in anything from brand or logo unveiling to announcing of each of the seven teams participating in the new season.

There is a desire to expand the league across a country which, when it comes to the area covered, is the second-largest in the world, bringing its own challenges.

When Halifax, Nova Scotia-based HFX Wanderers travel to Pacific FC on Vancouver Island, and vice-versa, the distance covered is almost 9,000km (5,600 miles) there and back. This can lead to scheduling issues, with some teams facing more gruelling travel than others.

But it appears there is enough appetite for soccer in Canada to introduce teams across the nation. Average attendances have ranged from 2,668 at York FC to 6,588 at Forge FC, and there are plans for expansion.

This appetite will only increase if the Canada national team continues on its current projection.

The recent victory against the United States may have surprised some, not least Gregg Berhalter’s US team, but those who had been keeping an eye on this exciting young Canadian side managed by John Herdman, know a big result in a big game had been coming.

The likes of Jonathan David (Gent) and Alphonso Davies (Bayern Munich), Liam Millar (Liverpool), Zachary Brault-Guillard (Lyon), and Ballou Tabla (Barcelona) will all be in their prime years once Canada co-hosts the World Cup in 2026

As well as the emergence of a new league and an exciting national team led by a promising generation of young players, a Canadian Major League Soccer team, Toronto FC, has made the MLS Cup Final against the odds.

But perhaps a more relevant story involving an MLS side in Canadian soccer this season was the meeting between Vancouver Whitecaps and Cavalry FC in the third qualifying round of the Canadian Championship.

The first-leg in Calgary finished 0-0 before Cavalry secured a memorable 2-1 win at BC Place in Vancouver in front of 16,000 fans, toppling their more established MLS opponents.

The Cavs have been the form team in Canada this year, finishing top of the CPL standings in the ten-game spring season and the 18-game fall season,

Though the Cavalry had been the best side in both stages of the regular season, a playoff to decide the champion helps maintain interest until the final game, even if it doesn’t always reward the best team.

Hamilton-based Forge FC was the other outstanding team in the 2019 CPL and finished just one point behind the Cavs in the fall season. As the teams who finished first and second in the overall standings, they fought it out to decide a champion.

Forge played at home first, winning 1-0 and setting up an exciting second game in which the favourites were behind, but only by one. The Cavs enjoyed more possession in the second-leg but in a game of few chances, the home team eventually fell to a late David Choinière strike.

Forge had come to spoil the party, and that’s exactly what they did, but their head coach Bobby Smyrniotis knows there is plenty of work ahead if his team, and indeed this league, is to be a long term success.

“I’m gonna enjoy tonight a lot, and tomorrow I’m gonna get back to work,” he said.

“I know there’s a lot of work to do and I believe we can be much better, not just as Forge, [but also] as we go into the future of Canadian soccer.

“Our future is bright, our national team is doing great, this league has been fantastic in year one.

“We’ve seen the rise of players we didn’t know about, and I want to make sure that train keeps going.”

Though the Cavs were naturally disappointed with the result, their players and staff were able to take a step back and look at the bigger picture of what this means for the sport in Canada as a whole.

“Us seeing them lift the trophy in our home hurts but it will inspire us for next year. This isn’t the finishing of any rivalry, it’s a head to head battle which will go on for years.

“We’re in the entertainment industry, let’s not forget that. This is a great game. You’ve seen the passion at both legs, a coast to coast league which is producing great quality. You’re seeing a rivalry now that people want to come and see.”

Cavalry defender Mason Trafford believes that it will inspire the young people coming to watch these games to get into soccer and know there is a goal at the end of it — playing for their local professional club.

“We’re all here because of the fans, and the CPL started because we wanted to create a pathway for those kids [watching in the stands],” said Trafford.

“It’s everybody’s dream to play pro when you’re a kid, and that clubs like ours exist, it’s something that everyone in this Calgary community can look towards.

“Seeing how happy it’s made people this year, people on the streets recognise you, and I’ve been surprised by how many people know who the Cavalry are.

“That’s special, It’s a credit to what’s been developed here and what the league is doing to make an impression on Canadians.” 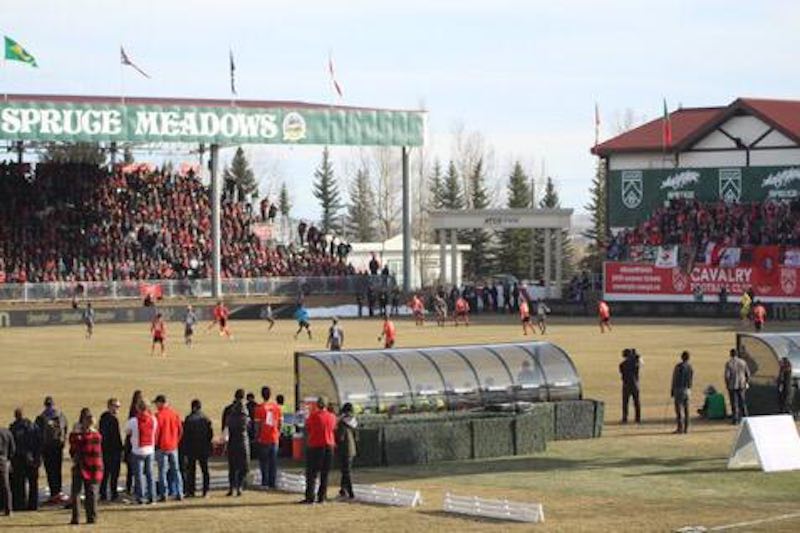 After a successful first season, the challenge now for the players, coaches, and league organisers is to build on what they have.

This was an important first step, but this league will begin to flourish once more teams are added and the scheduling and travel become more balanced.

From the national team down to the young people watching CPL matches, there is plenty of optimism around Canadian soccer at the moment, and the new league is acting as a vehicle for this. As Smyrniotis says, the train needs to keep going and picking up new supporters along the way.