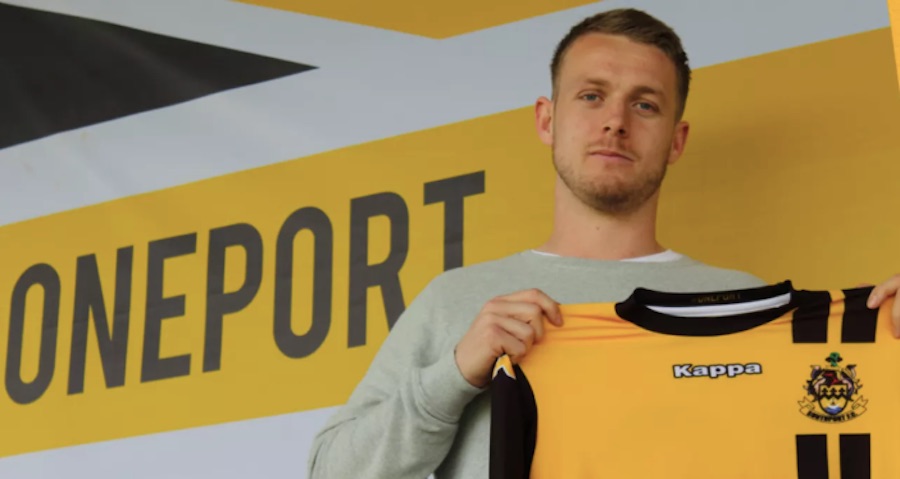 James Rowe spoke to Southport goalkeeper Dan Hanford, exclusively for WFi. They discussed Southport’s promotion plans, his time in Spain, being scouted by Liverpool, and representing Spain at youth level.

You signed for Southport FC in 2018. How are you enjoying your time there so far, and how would you describe the club?

“Last season was a frustrating season for the club, but a great season for me personally with the fact that I played every league game, equaling and breaking records, too.

“I enjoyed it although the club harbours ambitions of getting promoted and it fell short last season. I must say that Southport is an ambitious club and its really trying to put itself in a positive direction moving forward.

“Off the back of last season Liam [Watson, manager] and Macca [Jon McCarthy, assistant manager] have built on our squad positively, and it’s shown in the opening games. We’re looking to have a more positive and consistent season and try and get promoted this year.”

You had a spell in Spain playing for Jerez Industrial CF. How do you look back on your first stint abroad? Do you have any highlights or memories?

To be fair my time in Spain at Jerez was possibly one of the best times of my life. I was playing part-time football at Clitheroe and working, and I got picked up by the Glenn Hoddle Academy. That was just open to Premier League and Championship players so that was a big thing for me to be scouted and go on trial, and then they signed me and within a couple of weeks.

“I was asked by Glenn Hoddle to sign for Jerez which Glenn had just become part of. It was an amazing experience playing full time football at an even higher standard than what I was used to.

“We had coaches such as Glenn Hoddle, Dave Beasant, Graham Rix, and Nigel Spackman to name a few, and the facilities were unbelievable, and I got the chance to play first-team football.

“I actually made my professional debut as a left-sided midfielder (got man of the match, too). Only because you have to field a certain number of professional first-team players per game, and we were short as many players returned to the UK for the January window.

“But then I got my chance as a goalkeeper and took it. I had interest from Spanish clubs such as Cadiz and Sevilla, but I played about ten matches and then I ended up coming back to the UK where I signed for Hereford. My time in Spain was just unbelievable, I loved every second of it.”

You had another spell abroad at Floriana FC in Malta. Did you take a deliberate decision to return abroad after Hereford United, and did you have other options?

“I had a couple of options after I left Hereford United and I could have also stayed at the club for another season, but the club was in turmoil and they were going into administration.

“I received a couple of offers as a number two goalkeeper due to my experience, and the offer of Floriana F.C was as a first-choice goalkeeper, so I made a deliberate choice to go and get the experience and learn the game, a different style, and the pressures that came with it.

“If playing in Spain has taught me anything, it was that there is a different lifestyle and way of living, and I loved it. During my time in Malta I learned a lot, and quickly, as the league was very competitive, and to do so at such a young age for a goalkeeper was amazing.”

You have represented your country of Wales at youth international level. How do look back on that and do you have any particular highlights?

“Yes, first of all, I guess it is kind of cliché but it was an unbelievably proud moment for myself and my family. I became the under 17’s and under 19’s number one at the time, which attracted interest from other teams such as Liverpool.

“So my youth international career was short-lived because I dropped out of the professional game, joining Clitheroe to get the first-team experience before I got scouted to go to Spain, and at the time it bypassed you.

“I just have great memories from everywhere we went, playing in tournaments and friendly games. My favourite memory was playing against the Republic of Ireland, due to making lifetime friends with some of the Irish players that I played against, and even now coming up against some of them in recent club games.”

Finally, Dan, you mentioned the role that Glenn Hoddle played in helping you in Spain. With your experience at club level and youth international level, could you say who are the managers that have played a key role in your development as a professional footballer?

“From the off, there were a lot of coaches from my time at Swansea City. David Beasant helped me a lot at the Glenn Hoddle Academy.

“Steve Watson was my manager at Gateshead FC and he also had a positive impact in the short time we worked together.

“My current manager Liam Watson is another I’m enjoying working with. Liam knows what he wants from each player and has built a great squad and feeling around the club.”