Juan Roman Riquelme Makes Headlines Off The Pitch In Argentina 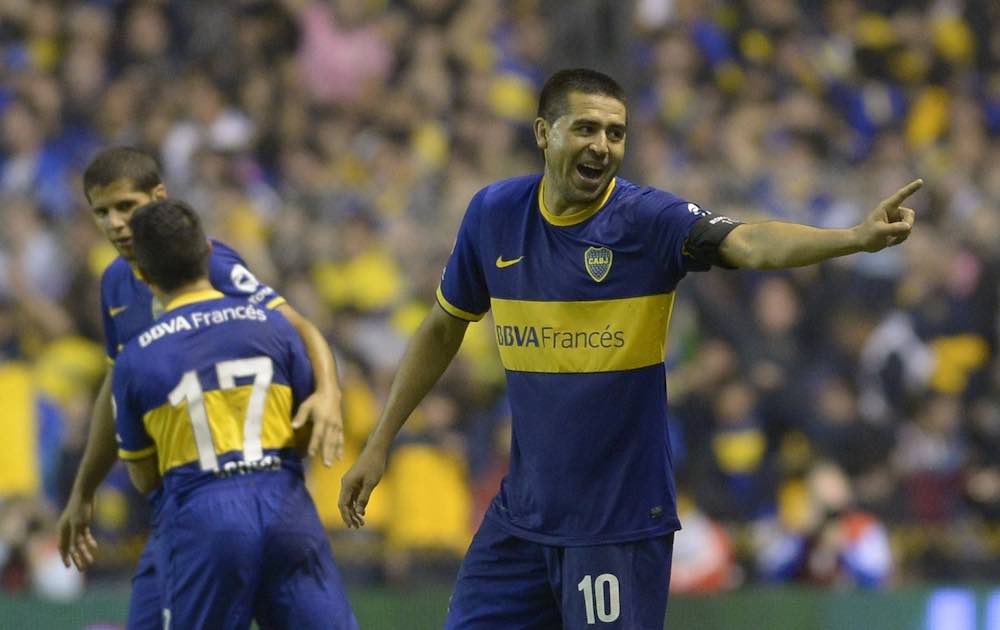 Ask any Boca Juniors supporter who their ultimate idol is and over 99% of them will say their majestic former No. 10, Juan Roman Riquelme.

Even though players such as Diego Maradona and Gabriel Batistuta wore the famous blue and gold shirt, Riquelme, without doubt, outshone them while winning three Copa Libertadores and one Intercontinental title between 2000-2007. He made an emotional farewell from the club in 2014.

It comes as no surprise then, that fans were eager to hear his thoughts on the upcoming club elections which bring an end to Daniel Angelici’s eight years in charge as president of the Xeneizes.

Riquelme had played quite a coy game all year, keeping his cards close to his chest. All sides maintained hope of including him in their project or at least getting his esteemed endorsement.

Last week all that changed, however, when he dropped a bombshell on the electoral contest.

He announced that he would run for second vice-president on the ticket of opposition candidate Jorge Ameal.

This declaration left the current board in shock and delighted fans who wish to see a turnover in management at La Bombonera.

During the team’s following home game against Union de Santa Fe, his name was chanted by fans who plan to vote for change in December.

These supporters have many gripes with the way the club has been run in recent years, and hold the directors responsible for the key defeats to bitter rivals River Plate in this year’s and last year’s Copa Libertadores.

The current board also made a very ambitious promise to fans in 2011 which they have come to regret. “Renew your passports and we’ll take care of the rest,” said the slogan.

Nevertheless, despite being the dominant domestic force, this management failed to add one international title to the club’s honours.

That is unsatisfactory and unforgivable in the eyes of their demanding fanbase that craves the continental and global success they were accustomed to 15 years ago.

Riquelme’s move also drew criticism, opening a war of words. Maradona even accused him of selling himself to the highest bidder (there is not much evidence to back up this assessment).

And now Diego Maradona has weighed in…

“A club idol, like Riquelme, can’t listen to offers & sell himself to the highest bidder. I never did it.” pic.twitter.com/w9QQH9oZnK

Angelici’s supporters point to the fact the club has been run well in financial terms, no easy feat in a country as chronically unstable as Argentina.

Boca’s balance sheets regularly show a club in very healthy condition which can expect a very bright future, whereas many of their rivals regularly record big losses which may affect their competitiveness in the long-run.

This aspect gains greater significance as the future of Boca’s iconic but ageing Bombonera stadium is one of the key electoral topics.

The scene is set for a divisive election where the club legend is definitively not a neutral figure.

On December 8 we will find out if fans decide to make Juan Roman Riquelme the new vice-president of Boca Juniors.