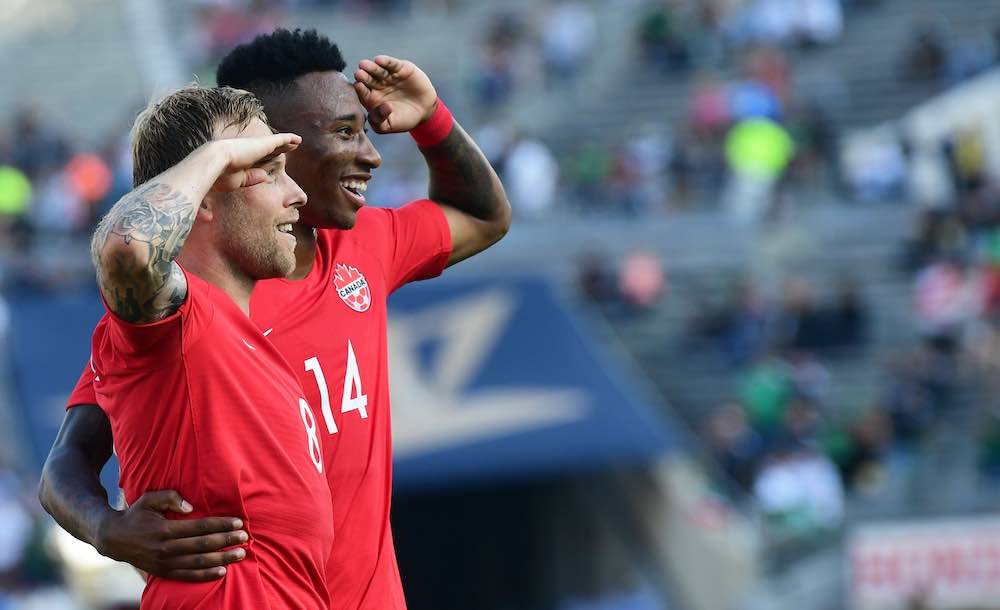 By James Nalton, with reporting from Thomas Nef in Canada.

The Canada men’s national team is looking to improve on last month’s victory against the United States in Toronto when they travel to Orlando to face the same opponents on their own patch.

Canucks head coach John Herdman is expecting a better performance from the US on home soil and believes his own team will also have to step up if they are to record another memorable victory.

A lot of the fallout from the last game centered around the shortcomings of the US performance rather than the impressive display from Canada, but Herdman is only focused on what his own team has to do, and says that working that out is a problem for the United States and Gregg Berhalter.

“Whatever is happening south of the border is their business, it’s for them to deal with,” Herdman said during a media call on Friday.

“I’ve been pretty clear internally here with the players that we have bigger motivators than anything that can be said down south.

“With our players, there is a clarity, and we want to focus on internal things like getting better in every camp we come to.

“Getting better takes us to a place we all want to be, which we know can change our country forever, which is that qualification in the Hex and then hopefully into the World Cup.”

There are a number of star names and emerging talents in Canada’s attack. Winger Alphonso Davies is now starting for FC Bayern in the left-back position he has occasionally played for his country, while Jonathan David has recovered some goalscoring form for Gent, coming off the bench to find the net in an impressive win against Standard Liege.

But as well as these increasingly lauded attacking players, Herdman believes that he is starting to see similar depth in other areas of his team.

He had special praise for 24-year-old midfielder Mark-Anthony Kaye, who has been part of a Los Angeles FC side which has received plaudits throughout the 2019 Major League Soccer season, despite falling to Seattle Sounders in the Western Conference Final.

“Mark has been one of the shining lights for Canada,” enthused Herdman.

“There’s a lot said about other players, but he’s been a huge part of what people have said is the best ever MLS team, playing the majority of minutes and really driving their midfield.

“He’s brought confidence and a level of leadership to the national team. We put him the leadership group during the Cuba camp, and immediately felt his presence.

“We’re excited about what’s to come and what the future holds for him. His form has been electric he was part of most good things for LAFC.”

Canada is leaving no stone unturned in their preparation for these games which they hope will eventually give them a chance of World Cup qualification.

They are working with clubs to monitor players’ fitness, which can go as far as one on one sessions with players and arranging friendly games in order to maintain match sharpness for those whose club season has already finished.

The win against the USA surprised some, but Herdman believes this is the level Canada should be operating at, and is challenging his players to improve in every national team camp they attend.

“We need to keep it at a high level,” said Herdman.

“Going into a game like this the margins are tight, so mindset wise it’s the same as every time we come into camp: to keep improving as a group to be better than we were at the last camp.

“We need to keep bringing the same will and intensity, whether we play with one formation or another, it will come down to will. That’s what we will be working on — building consistency against this type of opposition.”

Canada is expecting a much tougher challenge from the US this time around, but that they were able to overcome their neighbors in the previous game was as much down to their quality as anything the opposition may or may not have done.

“The second game in Orlando will be a hostile atmosphere,” remarked Herdman, but if Canada can get on the front foot and take an early hold on the game, it might not be the most comfortable of matches for the US, either.