Gladbach Top But Bundesliga Delicately Poised Ahead Of Englische Woche 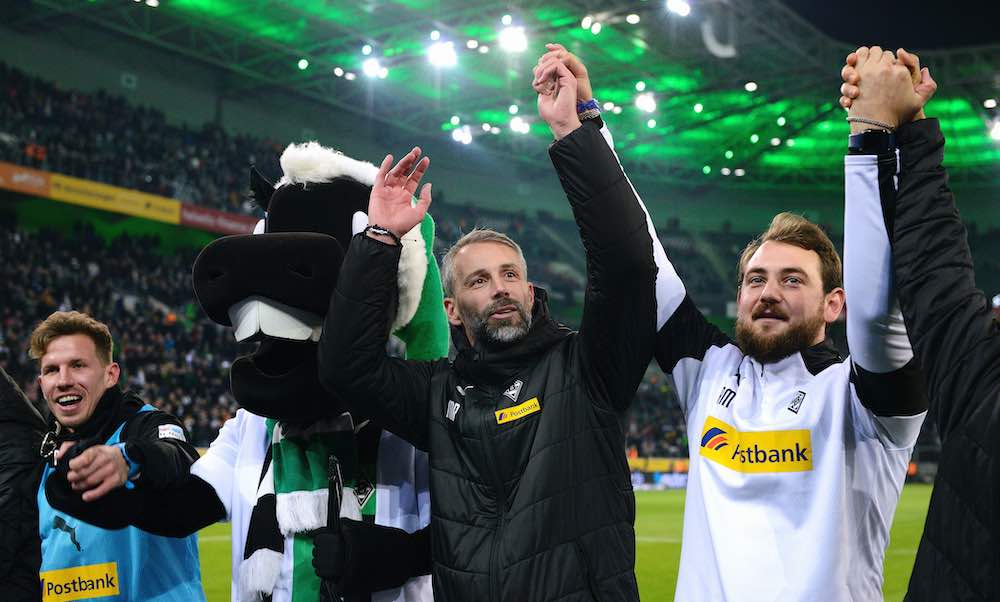 As we move ever closer to the winter break in the Bundesliga, the table remains curiously poised at both ends in a season that continues to evolve in fascinating fashion.

At the top, we got a titanic clash, steeped in tradition and filled with drama.

Long before the intense rivalry between Borussia Dortmund and Bayern Munich that has become known as Der Klassiker, there was another Klassiker in the Bundesliga. During the 1970’s it was the other Borussia, Mönchengladbach, who shared the trophy spoils with the Bavarian giants.

That decade saw the Die Fohlen win the Bundesliga five times, the UEFA Cup twice and a DFB Pokal as well as a runners-up spot in the European Cup.

It was an era that saw players such as Berti Vogts, Allan Simonsen, Jupp Heynckes and Günter Netzer become club legends, as well as coaches Hennes Weisweiler and Udo Lattek who masterminded the success.

The trophies have dried up since, with a solitary DFB Pokal the only addition to the cabinet. However, they remain a traditional big club with fantastic support. Borussia-Park is usually packed to the rafters.

Gladbach have had some good teams in recent years, but have not come anywhere near the heights of their glory era.

Under Marco Rose, the progression since the summer has been impressive. A higher tempo, more expansive style of play has seen them rise to the top of the table; taking advantage of the inconsistency of Bayern and Dortmund this campaign.

This past weekend was a real test of Gladbach’s credentials as potential title contenders. They were in contention this time last year but fell away during the second half of the season.

It’s yet to be seen whether or not they can stay the pace this time around, but an incredible win over Bayern will have boosted their confidence. 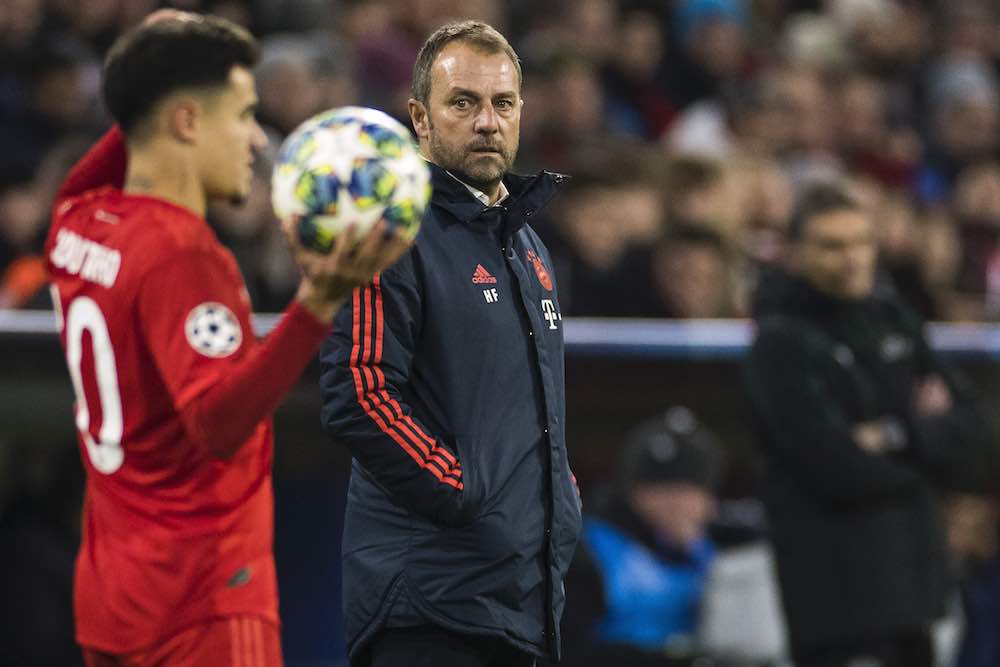 Hansi Flick enjoyed a tremendous start to his temporary tenure as boss at the Allianz, following the departure of Niko Kovac.

A mixture of wastefulness in front of goal and excellent counter-attacking saw Bayer Leverkusen cause an upset. The formula in Mönchengladbach was something similar; plenty of Bayern pressure and goal-scoring opportunities, but ultimately came away empty-handed.

It is true that Bayern could easily have won every game under Flick, but the same vulnerabilities remain beneath the surface.

A return to winning ways midweek in the Champions League topped off an impressive showing in the group stage, but was marred by another injury to Kingsley Coman.

With a busy Englische Woche (a phrase used in Germany to describe a full set of midweek league fixtures) to come before the winter break, Bayern’s squad will be tested to the full.

A five-star performance from Dortmund saw them thrash Fortuna Düsseldorf 5-0. Does this mean that a corner has been turned for Lucien Favre and everything is ok again? Probably not.

The persistent rumours of star winger Jadon Sancho being unsettled and his relationship with Favre being strained indicate challenges still remain. The nerve-jangling way they inched past Slavia Prague to progress in the Champions League was testament to that.

The next ten days could be pivotal in both Favre’s career and Dortmund’s title aspirations. The highlight of those midweek Bundesliga fixtures sees Dortmund host title rivals RB Leipzig.

Julian Nagelsmann’s side are back on top form, through to the knock-out stages of the Champions League and just one point behind Gladbach in the Bundesliga. With two relatively straightforward games either side of the clash at the Westfalen, Leipzig can likely afford to drop points more than Dortmund.

It should certainly an intense and entertaining affair that tests the credentials of both teams and their respective coaches.

At the other end of the table, the pressure is just as intense and with equally impactful consequences over the coming days. The struggles of Köln have continued and their plight worsened.

It’s sad to see a great club like Köln, with its tremendous and passionate support, in such a difficult position. They do have some very good players, but sadly, not enough.

Where in the world will you be taking in the game from, #effzeh fans? 📺👀
___#KOEB04 pic.twitter.com/K42ffbpkK0

Leaking goals was always going to be an issue, but their inability to score is a bigger problem. Köln have strikers, but none of the sufficient quality to score the goals that might get them out of trouble.

Head coach Achim Beierlorzer — only appointed in the summer — was sacked last month, along with sporting director Armin Veh. Notorious firefighter Markus Gisdol was appointed to lead the team, but it has not had the desired effect on results.

They now sit bottom after a recent resurgence from Paderborn. These three quick-fire fixtures see Köln play Bayer Leverkusen, Eintracht Frankfurt and, crucially, Werder Bremen. If they lose all three, they will be as good as gone unless they can make good use of the January transfer window.

I used the word crucially for that match with Bremen because Werder have sunk into the relegation scrap. They were expected to be safely in mid-table and possibly even challenging for a Europa League spot, but have been well short of that. Make no mistake, they warrant their current position and are in trouble.

A game against a Bayern team looking to get their title charge back after two consecutive defeats is the last thing Bremen need.

A midweek game against Mainz, and that final match before the winter break against Köln present an opportunity for Bremen to change their current course. If they cannot, coach Florian Kohfeldt could be fearing for his job.

Top and bottom, the Bundesliga table is settling into a pattern and this Englische Woche could be the final opportunity for some clubs to break it before it’s too late.