What Does The Supercoppa Italiana Win Mean For Lazio? 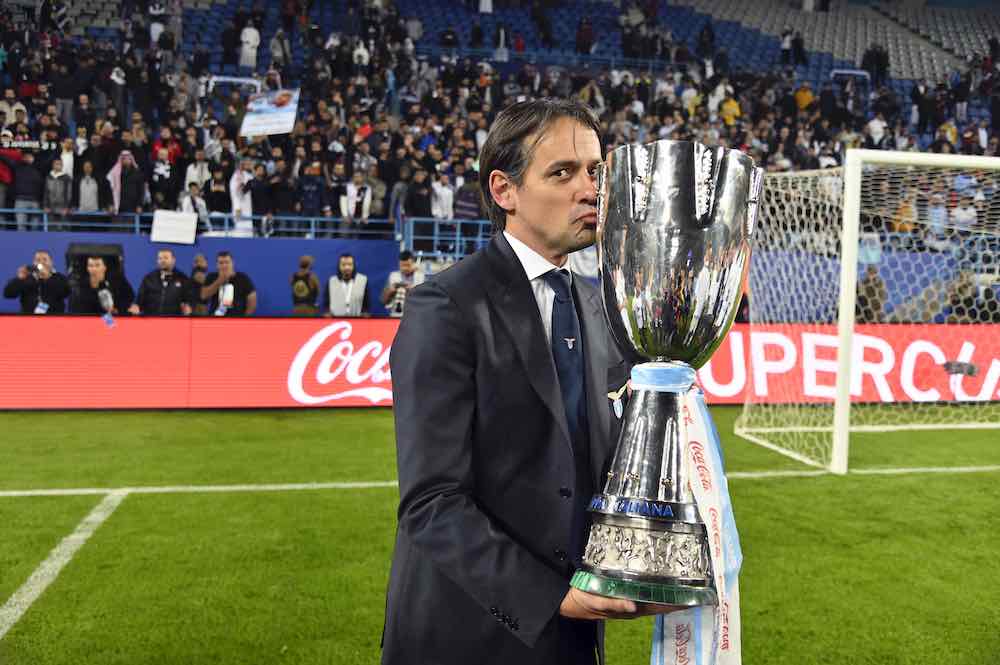 Lazio entered Christmas break in the best form they have shown in a long time. The Biancocelesti are currently on an eight-game winning streak and eleven-game unbeaten streak in the Serie A.

What’s been more impressive is that they have been able to defeat Juventus twice in the month of December.

One of those victories came this past Sunday in the Supercoppa Italiana, with Simone Inzaghi winning his second as manager with Lazio.

After the Super Cup game, Lazio coach Simone Inzaghi told Rai Sport: “We did something magical, in two weeks beating Juve twice is something incredible.”

Lazio entered the match in fine form with the club putting in a strong ninety minutes. Luis Alberto continues to build a strong season this year and scored the opening goal of the match.

Lazio took the lead but Paolo Dybala’s goal made it 1-1 ahead of half time. Inzaghi’s side eventually prevailed when their captain rose to the occasion.

Senad Lulić scored the second goal from a cross delivered by Manuel Lazzari, before Danilo Cataldi scored a third late in the match from a free kick — a special goal for the player who was born and raised from Rome.

While the offense was on display for Lazio, it was the defence that deserved more praise. They made it difficult throughout the game for Juventus to sustain anything. They were organized, well-positioned, and everyone knew their role.

“We work a lot for these evenings,” Inzaghi added.

“We deserve it, we are always together, we are a big family. We have wonderful players who have made me feel important.”

For Juventus, it was their second loss against Lazio, the only club which they have lost to this season. While the break may have come at a bad time, it may also be good for players to heal and get ready for the second half of the season.

More importantly, what does this mean for Lazio and Inzaghi? The coach has been with the club for 30 plus years as a player and now as a manager and continues to work hard for the Biancocelesti.

“Honor to this group that has been working for three and a half years to give us these evenings,” he told Radio Rai.

“We did very well and deserved this win. Let’s say we worked very well and intensely. We have prepared well these days and we work for these satisfactions.”

It shows that Lazio should start being taken more seriously this season. Inzaghi has had the privilege to manage these players and all they have created a special bond.

The core has been intact. Alberto, Lulic, Ciro Immobile, and Sergej Milinkovic-Savic are a few names that have played with each other over the past three and a half seasons.

The support among the players is evident, especially when the manager runs to jump into the celebration when the players have scored.

Since the departure of Stefano Pioli, Inzaghi has delivered three trophies, winning two Supercoppa Italianas and a Coppa Italia.

After a downfall season last year with speculation and rumours of Inzaghi leaving for Juventus or AC Milan, the manager decided to stick to his roots and remain with the only club he has known in his career — Lazio.

The club spends very little and sells more, yet Inzaghi has managed well with what he has been given.

Defeating Juventus twice in three weeks by a margin of 3-1 may have put them back on the map in Serie A. The club has been known as one which is inconsistent and unable to put it together, but that has not been the case this season.

A spot in Champions League seems very realistic and a Scudetto would be a great achievement for a club who hasn’t won Serie A since 2000 and has only won it twice in its history.

While Juventus and Inter Milan stand in the way, this team seems to be destined for a great year regardless.