Seku Conneh On Training With George Weah And Football In Liberia 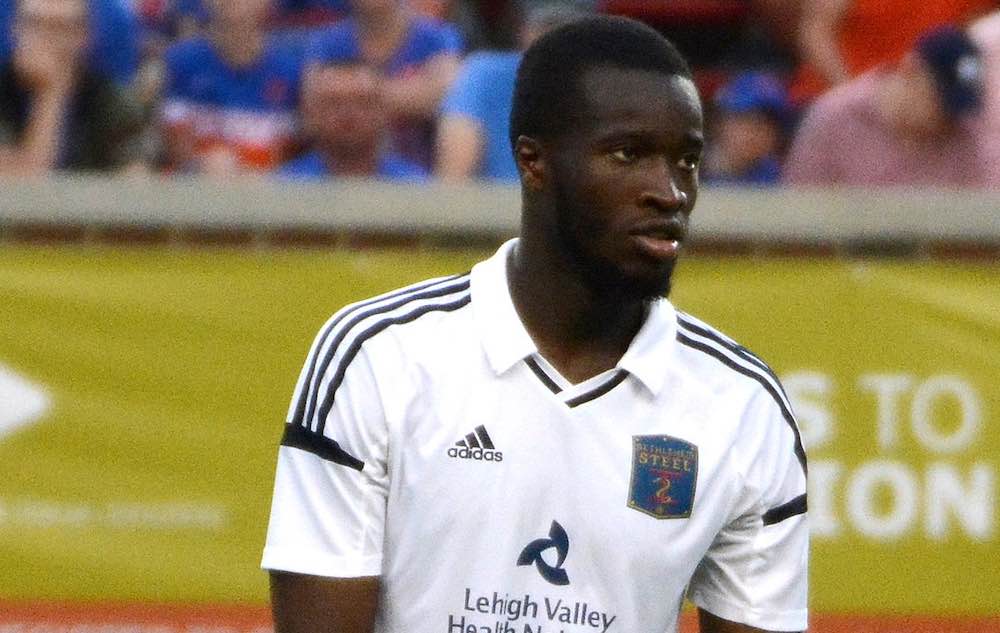 You played one season in the Netherlands for Fortuna Sittard. How do you look back on your time at the club and do you have any highlights or memories?

“My time at Fortuna Sittard was the most enjoyable time of my career to date, even though I did not have a professional contract, which most people do not know about.

“I had a manager in Peter van Vossen who I knew before from my time in the youth team at Almere City, and to this day I am still grateful for the chance he gave me at the start of my professional career.

“As an 18-year-old I managed to score 12 goals that season and I played well.I had a great time in the Netherlands.”

You have been capped by Liberia. How do you look back on representing your country, and do you have any memories of special matches that you have played in?

“Yes, I do. I can still remember the first time I got called up. We had a two-week training camp in Accra, Ghana for the African Cup of Nations qualifiers.

“I could not believe it at first. It was a great experience that is difficult to explain. All these people in a country that had been to war a couple of times and there is still so much love for football.

“They really appreciate football players in Liberia and they see them as idols, and to see them enjoy their national team is special.

“I debuted away against Togo and I played against Emmanuel Adebayor, who has played for the likes of Arsenal and Real Madrid.

“I played well and he came to the changing room after the game and he told me that I am a very good player and that I should keep going, which was a special memory.”

Could you say who are the best players that you have played alongside?

“I trained with George Weah when I was on international duty with Liberia. It was an honour to be on the same pitch as him and he would give advice to the strikers and I learned a lot from him.

“He gave me and my teammates great advice, telling us to always push ourselves to get the best out of our ability.

“I remember him saying ‘you think you are fit, trust me, you are going to become even more fit and you never know your body until the end of your career.’

“I am lucky to have worked so close to such a legend I am so grateful.

“I am still young and I have the opportunity to learn every day. That is the most important part of life.

“In terms of the players I have played alongside in my career, we are all still very young and nobody is yet to break through, but who knows, maybe I will be the one to break through.”

I can imagine in your position as a striker that you have played against difficult opponents. Are there any that stand out for you?

“I remember playing against DR Congo and they have a defender Bokadi Bope who currently plays for Belgian team Standard Liege, and he is an excellent player. Very big and strong and good in the air.

“I played against the Ivory Coast in Abidjan, and my direct opponent was Serge Aurier. I remember dribbling past him too which was a highlight.

“Also, Gervinho was playing in that team and these are players that you look up to when you are a kid, so it was great to measure myself when playing against them.”

Finally, Seku, you already mentioned Peter van Vossen. Could you say who are the managers that have played a key role in your development as a professional footballer?

“Yes, it would have to be Peter van Vossen. I would go so far to say that if it was not for him that I would not be a professional footballer.

“He gave me so much trust and confidence and he kept his promise that he would give me a chance as an 18-year-old striker at Fortuna Sittard, and he did.

“I will always be grateful to him, and it has really helped stand me in good stead during my career so far.”