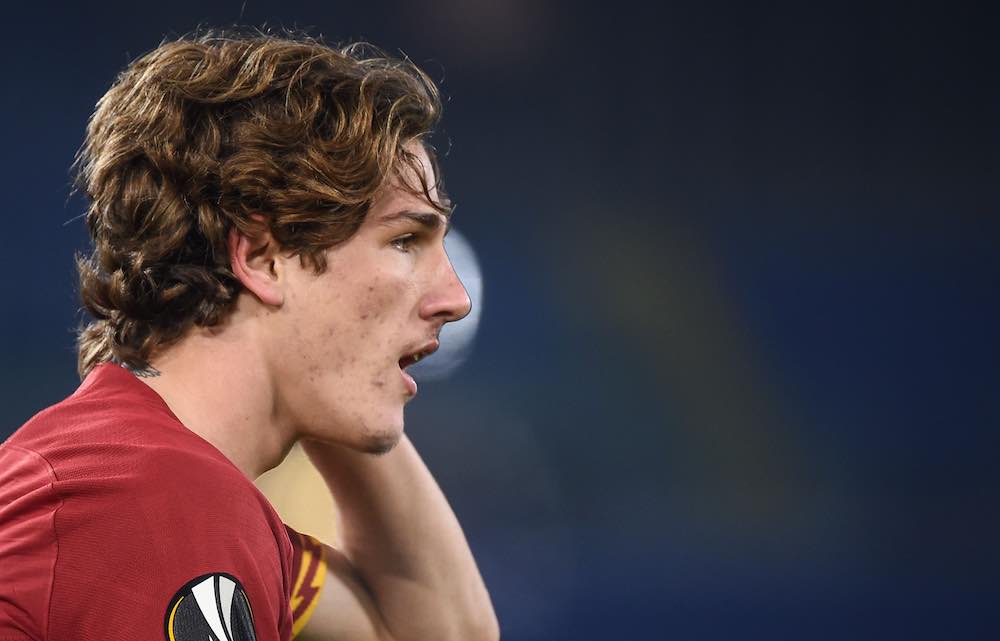 Nicolo Zaniolo, one of Roma’s brightest young players over the past year was dealt a massive injury blow which sees him out for at least the rest of the 2019/20 Serie A season.

Since Zaniolo joined the Giallorossi from Inter in the summer of 2018 he has been phenomenal and continued to build on his reputation as one of the world’s top young talents.

In a match against Juventus a few weeks ago, Zaniolo ruptured his cruciate ligament, putting him on the sidelines for the foreseeable future.

He added to the long list of Roma players who have had similar injuries recently, including the likes of Alessandro Florenzi, Davide Zappacosta, Amadou Diawara, Kevin Strootman, Antonio Rudiger.

This type of knee injury has quite a long recovery period and in some cases, even when players do return from this injury they may never be the player they once were.

Although the surgery went well, at only 20-years-old this injury could be a real blow in Zaniolo’s very promising career.

As one of Italy’s top young midfield talents his injury not only hurts him but it also hurts Roma’s quest for success this season.

Currently in 4th place, Roma are fighting for a Champions League spot for next season and are set to face Belgian side Gent in the Europa League last 32.

There are certainly no easy matches for Roma this season and losing one of their top attacking talents will hurt their chances of challenging on all fronts. Attacker Diego Perotti also acknowledged how unfortunate this injury is for Roma.

After finding out the extent of the injury, Perotti stated: “It’s horrible news for us right now. A really important player for us, a young player, he’s been doing well – he was doing well tonight too.

“I’m really sorry for him. I send him my best wishes. I really hope he will be back as soon as possible. The whole team are behind him.”

In his 24 appearances in Serie A and the Europa League this season, Zaniolo has scored six goals and added two assists.

It is not only his attacking play that Roma will miss though, as Zaniolo is a constant threat to all opponents with or without the ball at his feet.

It is evident his injury is a huge blow to Roma, though, some may not have considered how important he would have been to Italy and their hopes of glory at Euro 2020.

The skilled and versatile midfielder would certainly have helped add further depth to this Italy squad.

Unfortunately for Italy coach Roberto Mancini, no other player really offers the same aspects Zaniolo does.

In a recent interview, Mancini stated: “Nicolo is unique because he covers multiple roles. He is powerful and has different characteristics from the others.

“I talked with him on the phone and he seemed well and charged. He is young, he can make the Euros.”

That is quite the praise from the Italy coach for the 20-year-old.

Zaniolo is able to play multiple positions including central midfield, attacking midfield, and even as a right-winger.

His inclusion in the Italy squad would have left Mancini with multiple options for team selection, formation and even substitutes.

Not to take away anything from the players who will be selected for Italy this summer, but Zaniolo would have been able to offer something rare compared to the rest of the team, and that will surely be missed.

Having already collected two goals and one assist in only five appearances for the senior Italy squad, there is no denying the youngster is a game-changer at both club and international level.

Still, with many months before Euro 2020, it not only gives Zaniolo time to recover and hopefully be fit in time — which is unlikely but not impossible — it also allows other fringe players to make their case for being selected for Italy come tournament time.

Such players like Domenico Berardi, Matteo Politano and Riccardo Orsolini will now have a chance to play their way onto the squad if they are able to finish the current Serie A season strongly and impress coach Mancini.

With Politano moving from Inter Milan to Napoli he will surely get more playing time in positions that fit his style of play better, which will only benefit his hopes of making the team.

Orsolini and Berardi have had impressive seasons thus far and will be hoping to finish strong to make their respective cases.

No matter which player ends up getting the call to the team, they will be unable to provide the skill, size and poise Zaniolo can, making him almost irreplaceable.

Here is hoping Zaniolo is able to recover from his gruesome injury and come back as an even stronger player.

And although it is a long shot, hopefully he is able to do so before Mancini makes his final call on who will be representing Italy in the upcoming Euro 2020 tournament.