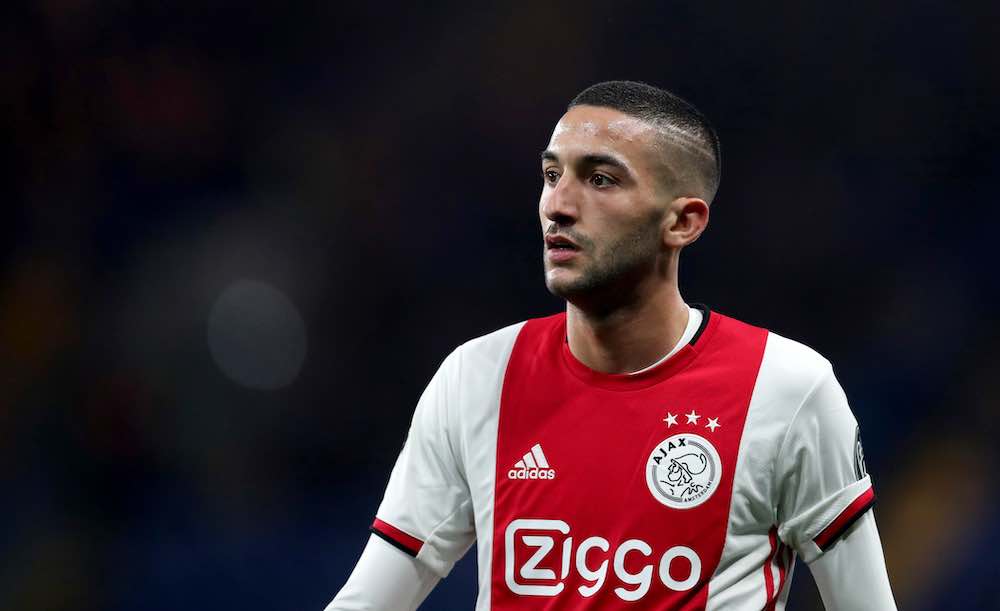 The transfer of Hakim Ziyech from Ajax to Chelsea has been in the works for some time and has long been doing the rounds in the various transfer rumour mills on both sides of the North Sea.

Last weekend, Chelsea confirmed one of the worst kept secrets in football when they officially announced that the player has signed a five-year deal with the club, and will join in the summer of 2020.

Ajax had previously confirmed the deal via Twitter on February 13.

Hey @ChelseaFC, you have to believe in his magic.

And great things will happen.

In Ziyech, the Premier League club are getting a player who is at the peak of his powers and could make a similar impact to that which Bruno Fernandes is making at Manchester United.

The Netherlands-born Morrocan international is an assists machine, and during six seasons in the Eredivisie at FC Twente (two seasons) and Ajax (four seasons) has never failed to break double figures in assists.

The 2018/19 season was his standout year. He broke double figures for goals as well as assists in the league that year, scoring 16, and played a big part in Ajax’s progress to the Champions League semi-finals.

He only scored three goals in the Champions League that season, but two of those came in their monumental victory against defending champions Real Madrid in the last 16.

He averaged over five shots per game, 2.2 key passes, and 2.8 successful dribbles. At the end of the campaign, he was named in the tournament’s squad of the season.

At the end of that season Ajax’s sporting director, Marc Overmars, commented that he was “surprised” that there had been so little interest in the player. It was a time when youngsters Frenkie de Jong and Matthijs de Ligt were considered the jewels in the Ajax crown, but while the Dutch pair have great potential, Ziyech is now the finished product.

“I think he has played better every year and his statistics are exceptionally good,” Overmars said in July 2019.

“Many clubs are increasingly looking at that. I would advise Arsenal to sell Mesut Ozil and buy Ziyech for half of the money, but they didn’t listen to me.”

What, according to Overmars, is Arsenal’s loss, will be Chelsea’s gain. The west London club will hope to be playing Champions League football next season, and Ziyech could have a big impact on the continent as well as domestically, as he has done at Ajax.

“I am delighted and proud to have signed for such a huge club as Chelsea,” Ziyech said. “I am looking forward to next season and hope we can achieve great things together.”

Chelsea director Marina Granovskaia added: “We are delighted Hakim will be joining us in the summer, having been a key target of the club’s in this last window.

“He has consistently been one of the most dangerous attacking players in Europe in recent years, which we saw first-hand in our two games against Ajax in the Champions League.

“We wish Hakim and Ajax all the best for the rest of the season and look forward to welcoming him to Stamford Bridge in the summer.”

With the usual caveats of being able to transition smoothly from country to country, and the Chelsea manager being able to play him in the role which has seen him thrive at Ajax, the attacking midfielder should light up the Premier League just as he has the Eredivisie.

With Chelsea already on the verge of being knocked out of the Champions League this season, they will hope Ziyech can shine for them in Europe too.