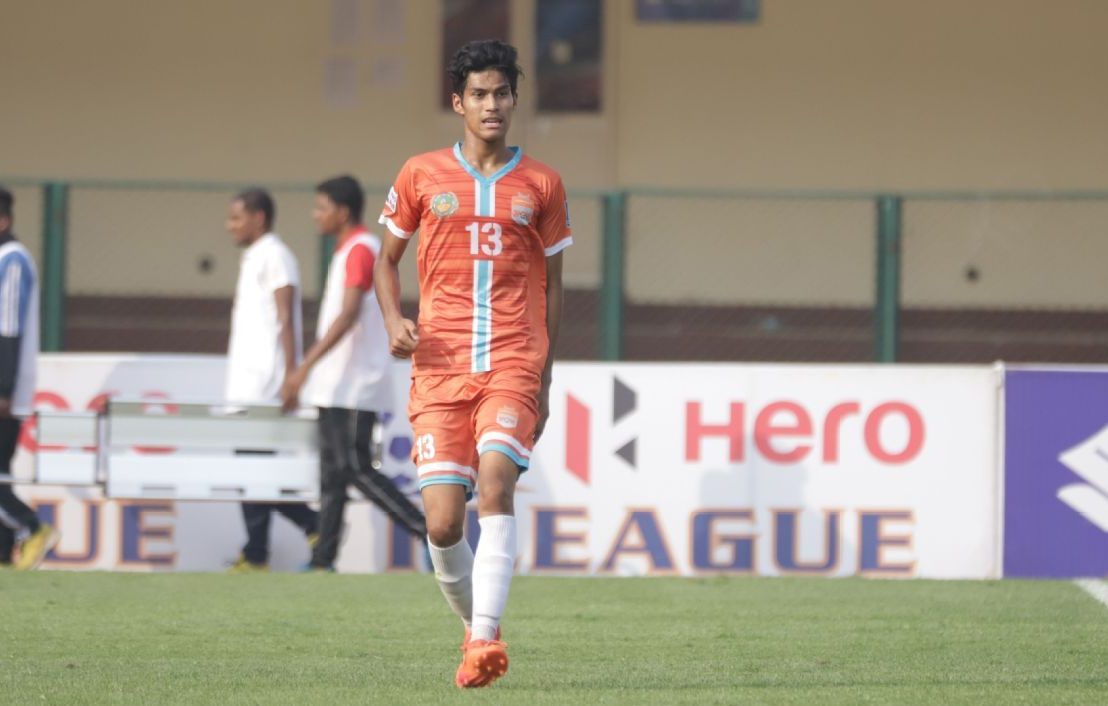 Gaurav Bora has achieved a lot in a young career so far. The 21-year old Odisha FC centre-back is widely regarded as one of the brightest young prospects in Indian football.

“To be honest, it was the kick-start of my dream, BBFS is a huge part of my life and helped launch my career, it’s the place where my footballing story began,” Bora tells WFi.

“Everything that I learned there is still helping me in my career. The coaches are amazing and always very helpful.

“I would like to thank Mr Sunil Patwal in particular. He has been like a father figure to me and has always guided me on my journey and continues to do so.”

During the 2018-19 season, while on loan at I-League club Chennai City FC, head coach Akbar Nawas decided to move Bora from midfield into central defence.

It’s a decision that paid off, as Bora formed a formidable partnership with Spaniard Roberto Eslava as Chennai City went on to win the 2018-19 I-League title.

“When I was asked by my coach to shift to centre-back, I respected his decision and was not too nervous as I had played as a centre-back earlier during my time at Pune FC,” adds Bora.

“Also because the coach had decided to believe in me, so I knew had to give my 100% for the team and not let my coach down.

“I was a bit nervous as I had been playing in midfield for a while but having played centre-back before I knew my role and responsibilities well, and as the matches went on I gained more confidence after each game.

“My teammates were amazing, alongside all the staff, and everyone was really supportive. An environment like that is always helpful to grow for a football player.”

Bora scored a brace on the last day of the 2018-19 I-League season in a 3-1 win over Minerva Punjab FC to seal the title for Chennai City — something he would never have imagined in his wildest dreams.

“I can’t describe that feeling,” he says. “It was a very special moment for me and for everyone present there.

“It felt like we won a war. We were so excited at that moment and it was a day to remember.”

When asked about some of the most difficult players he has come up against while playing in the I-League and the ISL, the two top tier Indian football leagues, Bora responds: “It is a difficult question, to be honest. I had a hard time against multiple players.

“While defending, we can’t switch off regardless of the opponents. Whenever that happens the opponent will take advantage so it’s challenging and we have to maintain a high level of concentration against any opponent at all times during the games.”

Bora had training stints at Rotterdam FC and Celtic, which was an important experience for his footballing career.

“The training there gave me some valuable footballing lessons and helped me improve my game,” he adds.

“They focused especially on the basics of defending and helped us to understand the importance of playing out from the back.

“I would say they were very important experiences for me as I got to learn new things.”

Bora’s performances at club level were rewarded with a call-up to the India U23s in February 2019, for the 2020 AFC U23 Championship qualifiers, making his debut against Uzbekistan.

“I would say playing for the U23 team was a step towards my dreams, but there is still a lot to achieve in my career, but the U23 team call-up was the first time I represented India and is a memory that I will always cherish.”

Loading...
Newer Post
Voicing Football: Curating Football Articles And The State Of Football Writing
Older Post
The Story Off The Pitch: What Happened to Fabrizio Miccoli?