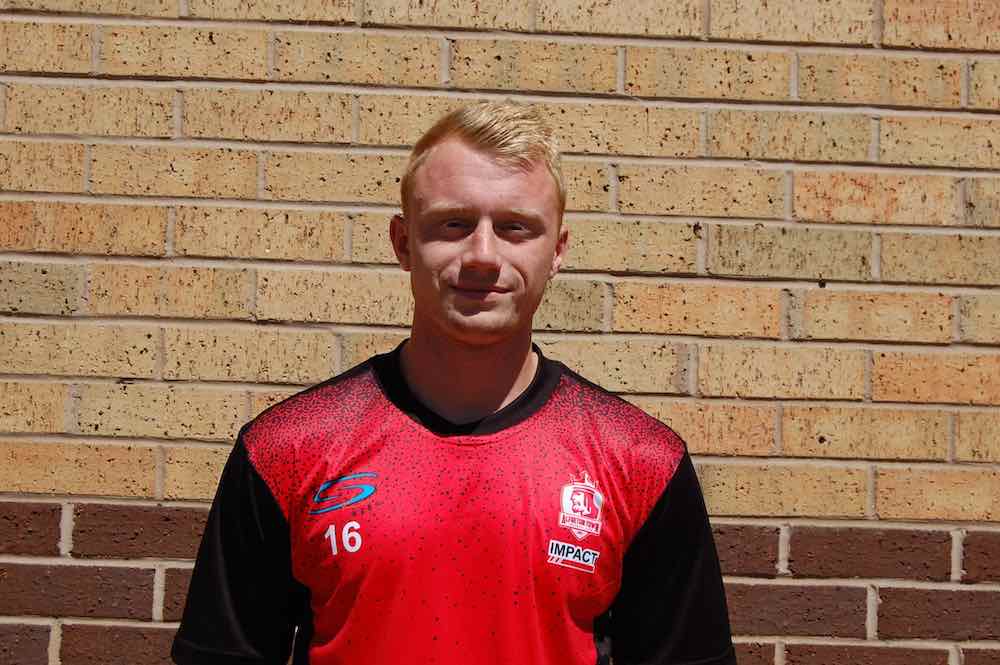 James Rowe spoke to Alfreton Town right-back Josh Clackstone for WFi. They discussed his time as a youth player at Hull City, going from full-time to part-time football, and the influence of coach Billy Russell.

You signed for Alfreton Town in 2018. How are you enjoying your time there so far and how would you describe a club such as Alfreton Town?

“I am really enjoying my time at Alfreton Town so far. The first year was tough as I was getting used to going from full-time football to part-time football, and that took some adjusting to.

“I am managing to kick on this season in terms of playing more regularly and better than last season.

“Alfreton Town have a very competitive team and for the size of the club. They are always in and around the play-offs and they have also been in the conference in the past as well.”

You came through the youth setup at Hull City. How do you look back on your time there and did you learn anything in particular that stood you in good stead for your career as a professional footballer?

“Yes, from the under-18s team we had a coach called Billy Russell and I think that any player that has been coached by him would have a very similar opinion, in that he knows the game inside out. I would say that he is the coach that taught me the most.

“I played under him for two years and then I had three years as a pro. The biggest learning experience was going out on loan to Notts County — that was a big eye-opener.

You lead me nicely on to my next question. You mentioned your loan spell at Notts County. How do you look back on your time at the club and do you have any highlights or special memories?

“I really enjoyed my loan spell at Notts County as I say it was a big eye-opener as I did not know what to expect going there.

“One particular moment I remember quite fondly is when we won 1-0 away to Plymouth Argyle. At the time we were struggling near the League Two relegation zone and Plymouth were doing really well, and we went there and won.”

You have accrued a lot of experience at club level at different levels. Could you say who are the among the best players you have played alongside so far in your career?

“During pre-season at Hull City I played with a lot of good players. Tom Huddlestone, technically, I have never seen anyone as good really, so he would definitely be up there.

“Robert Snodgrass also comes to mind as I played a lot with him at Hull City when he was coming back from injury. He would play in the under-23 team and also in pre-season matches too.

“Those two players are right up there when I think of the best players that I have played alongside.”

I can imagine in your position as a defender that you have come up against many difficult opponents through the years. Are there any that stand out for you?

“Yes I have come against a few good players through the years at different levels of English football, particularly at League Two level when I was on loan at Notts County. I just can’t remember their names!

“I remember at youth level with Hull City we played Manchester United who at the time had the likes of Marcus Rashford and Dutch defender Timothy Fosu-Mensah, who in particular, was unbelievable and an incredible defender.”

Finally, Josh, you have already mentioned Billy Russell at Hull City, but could you say who are the coaches or managers who have played a key role in your development as a professional footballer?

“From a young age, Billy Russell was key to my development, and also Jon Beale and Tony Pennock at Hull City who always helped to shape my youth career.

“I would say that now at Alfreton Town, manager Billy Heath and his assistant Mark Carroll they have both been really good with me. As I say I did not have a great season last year and I took on board a lot of information that they both gave me and tried to improve on that, and things are working out a lot better this season. I also worked under them during my loan spell at Halifax Town.”