9 African Stars Of The Bundesliga And 2 Bundesliga 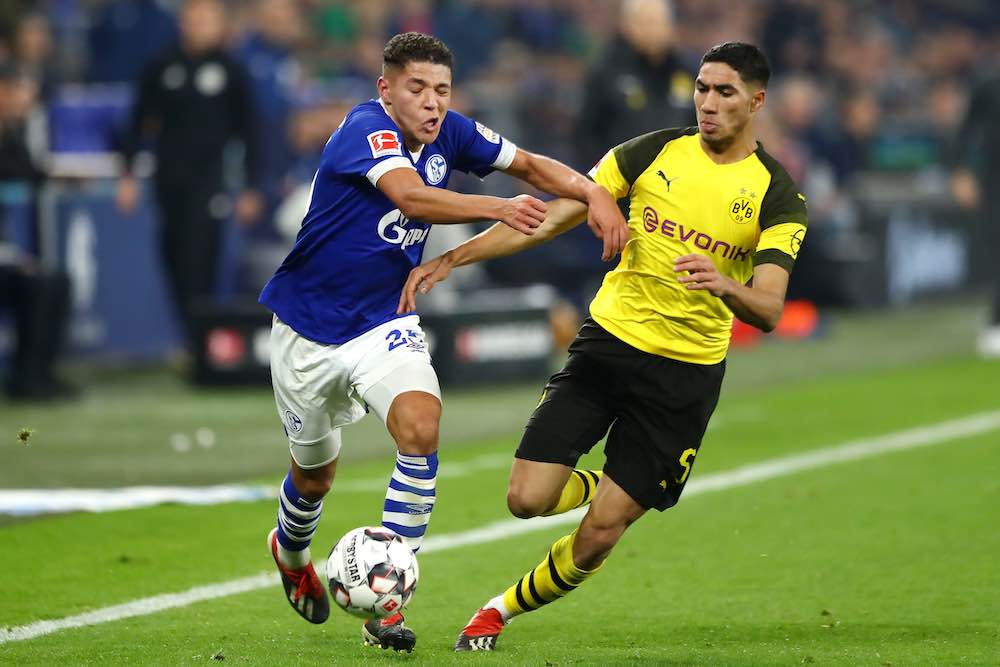 The Madrid-born Morocco international is coming towards the end of a two-year loan spell from Real Madrid at Dortmund, where he has been able to display his versatility and attacking prowess in an environment geared towards developing young footballers.

Having played in both full-back positions, as well as further forward as a wing-back or wide midfielder, Hakimi has ten assists and three goals in the Bundesliga this season, giving him the numbers to back up his growing reputation.

The Smarterscout actions map below shows his activity all down the right-hand side of the pitch, linking up play before taking players on once closer to the box, and occasionally shooting once in it. 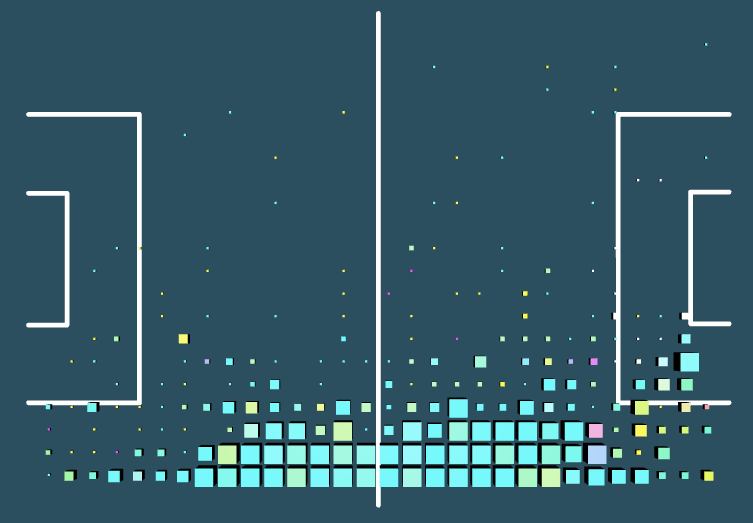 On his return to Spain in time for next season, Real would be daft not to utilise him on either side of the pitch.

The Malian midfielder with 12 caps and one goal to his name is a product of the Red Bull conveyor belt of football talent.

The usual RB career path has seen him go through the company’s European finishing school of FC Liefering and Red Bull Salzburg, before ending up at east German side RB Leipzig.

Mali tried to convince N’Golo Kante to represent them in 2015 and 2016 before the midfielder eventually decided on France but in Haidara, Mali could have a player on their hands who can provide similar dynamism and thrust in midfield. 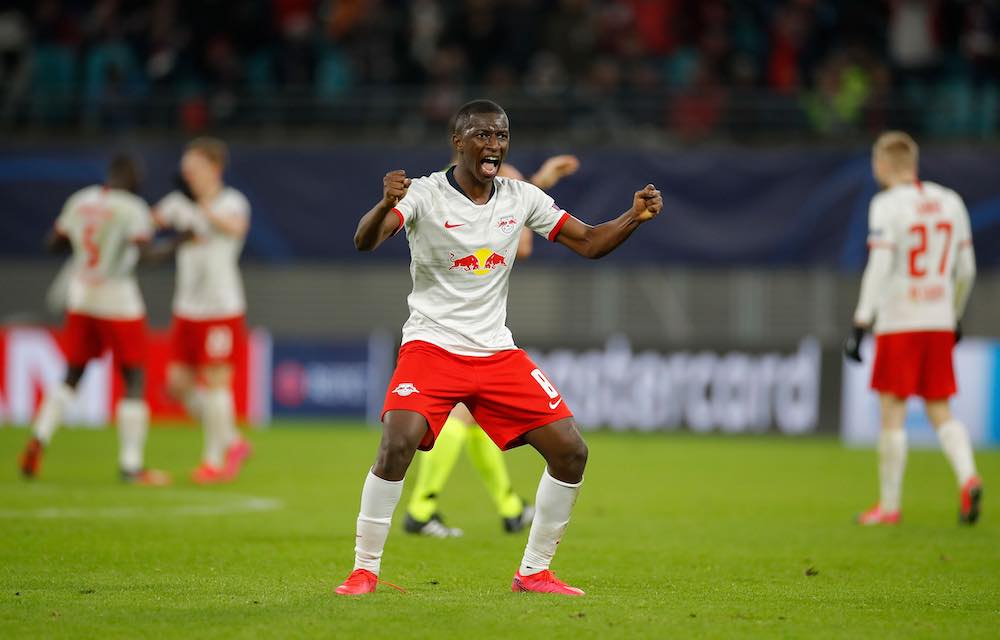 In his first season in the Bundesliga, the 22-year-old has been in and out of the team and mainly limited to appearances off the bench, but once he establishes himself in the Leipzig first team, he could become one of the league’s outstanding midfielders.

Bensebaini was part of the Algeria side that triumphed in the 2019 Africa Cup of Nations in Egypt, appearing at left-back as they defeated Senegal in the final.

Though he has occasionally operated at centre-back for club and country, and especially so during his time with Rennes in France, and as a teenager on loan at Belgian side Lierse, at Gladbach, he has played mostly as a left-back or left wing-back.

From his nine starts in total this season, he has managed four goals and an assist, and he’s a real asset given his ability to attack from left-back and also defend in the middle if needed. 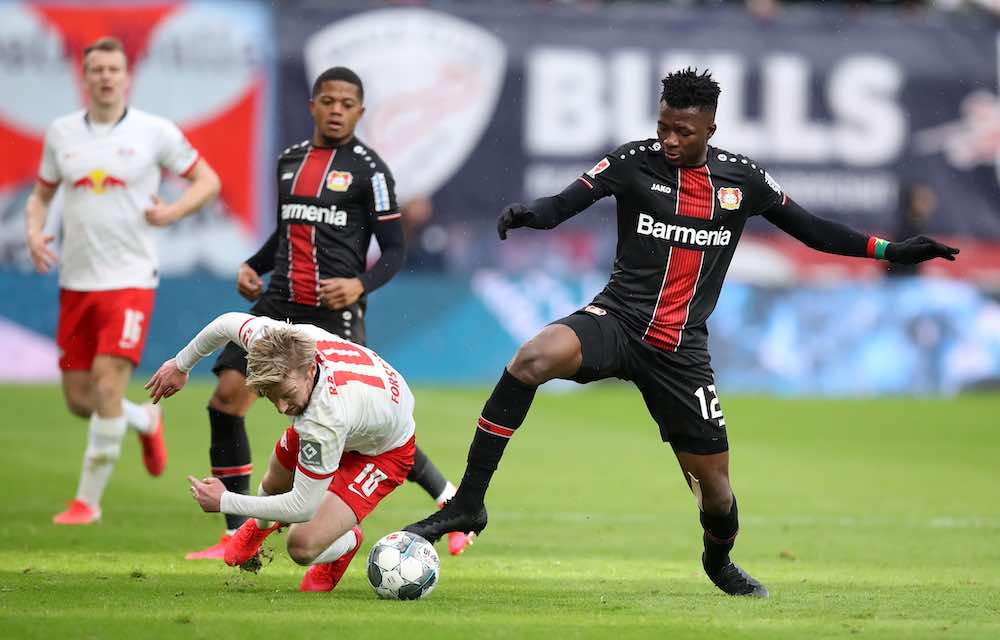 Just five games were all it took for the Burkinabe centre-back to make the Athletic’s Bundesliga team of the season, and while such accolades may be premature given his short stint in the league to date, he’s definitely one to look out for.

The 21-year-old joined Leverkusen from Vitória de Guimarães in January and has slotted in like a seasoned pro.

His passing from the back has been impressive — a prerequisite for a modern-day central defender — and he already has international recognition in his eight caps for Burkina Faso.

Tapsoba’s 6ft 3in frame equips him with the ability to win aerial battles, but it is on the ground where he has stood out in the Bundesliga so far, as shown on the radar below from Football Slices. 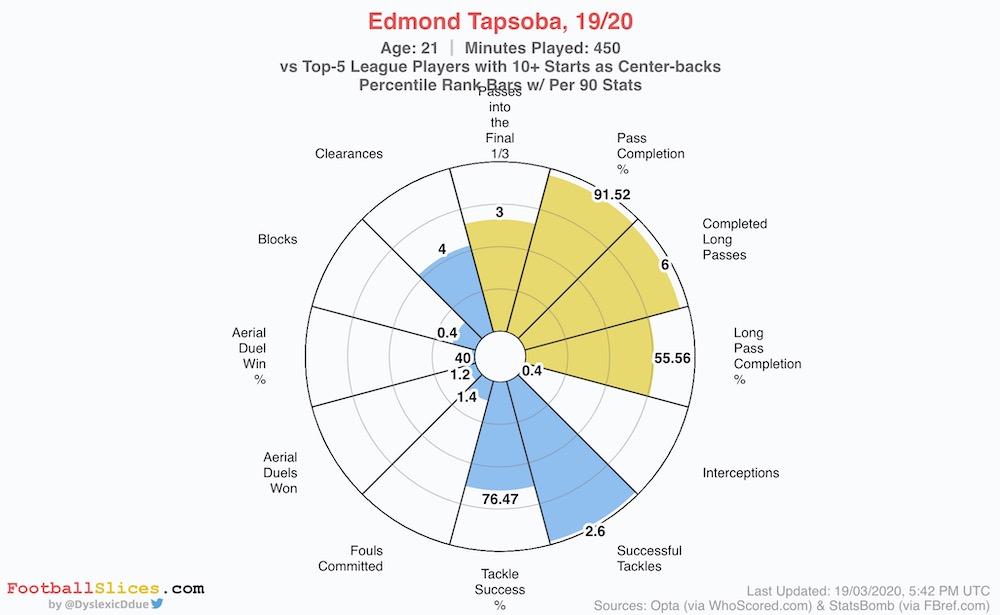 One interesting thing to note is that nine of the 16 goals he’s scored in his career to date have come from the penalty spot. Could this be another weapon in Tapsoba’s armoury Leverkusen will make use of in the future?

The French-born Morocco international will be facing his international team-mate, Hakimi, in the opening weekend of the Bundesliga’s return. The game between Dortmund and Schalke — the Revierderby — is one of the biggest rivalries in the league and will be one of the most-watched games of the weekend.

This will give Harit the chance to shine, and an opportunity to add to the six goals and four assists he has already managed from midfield this season.

“My time in Paderborn has been amazing,” Collins told WFi‘s James Rowe earlier in the year. “Paderborn is a club full of great people. They are loving and caring people who always support their players on the pitch and also outside.”

The Nigerian left-back has been a regular for the newly-promoted side this season, and while it’s not been the most successful season for the side who sit bottom of the table, it will have raised his profile somewhat when it comes to earning further international call-ups. 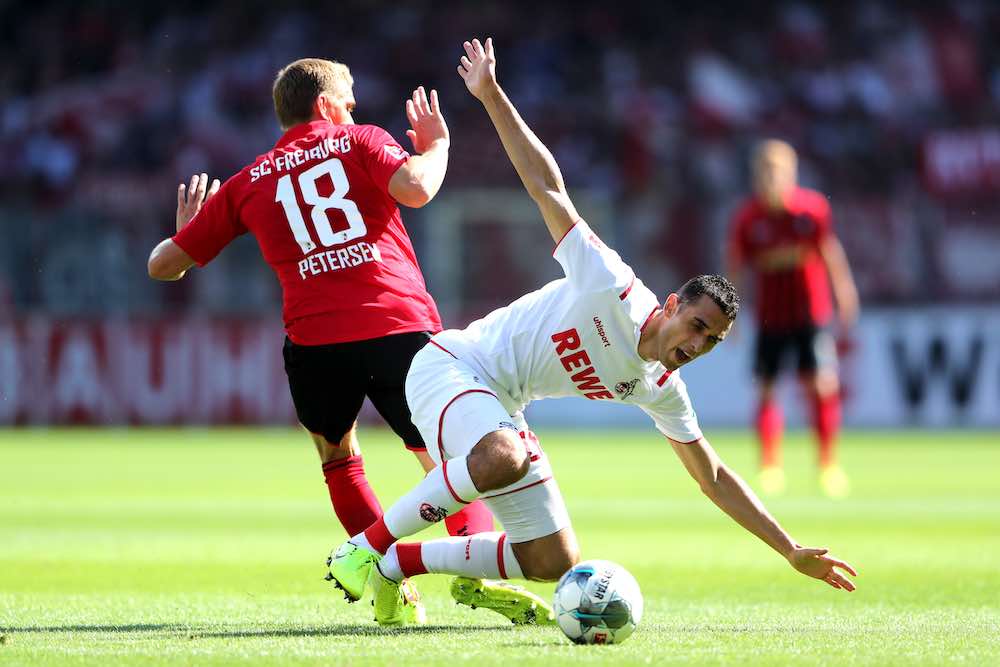 The 25-year-old France-born Tunisia international has been a steady and reliable presence for Köln since arriving from Montpellier at the start of this season.

He is up there with the most active in the league when it comes to breaking things up in midfield, managing 2.5 interceptions and 2.2 tackles per 90 minutes.

This is partly because he has lots of defending to do, with Koln averaging just 46.8% possession across all their Bundesliga games, which puts them 13th out of 18 teams in the league for that particular metric.

On top of his defensive work, Skhiri does have three assists and a goal, while he also takes the occasional free-kick, but his main job is breaking up attacks in front of the back four, and it’s one he does very well.

Bochum have the fourth-most prolific attack in the 2. Bundesliga, which is primarily thanks to Congolese striker Ganvoula, who has scored over a quarter of their goals.

Unfortunately, Bochum also have the second-worst defence in the league, and it’s this record which sees them hovering just above the relegation zone.

Ganvoula has been a revelation this year having spent last season on loan at the club from Anderlecht.

On top of his goals, he also has five assists, and his performances mean he’s sure to add to his eight caps for the Republic of the Congo, especially as he scored a goal and assisted another in the Red Devils’ last outing against Guinea-Bissau in 2021 Africa Cup of Nations qualifying.

Moving across the border to the Democratic Republic of Congo, 20-year-old striker Wamangituka isn’t quite managing the goals of Ganvoula, but he is appearing regularly across the front three for promotion contenders Stuttgart.

Despite having only started 12 games so far this season, the uncapped forward has still managed to find the back of the net five times, while also contributing four assists.

He has made appearances on either wing, too, and is a tricky creator thanks to his dribbling ability coupled with 1.5 key passes per 90 minutes.