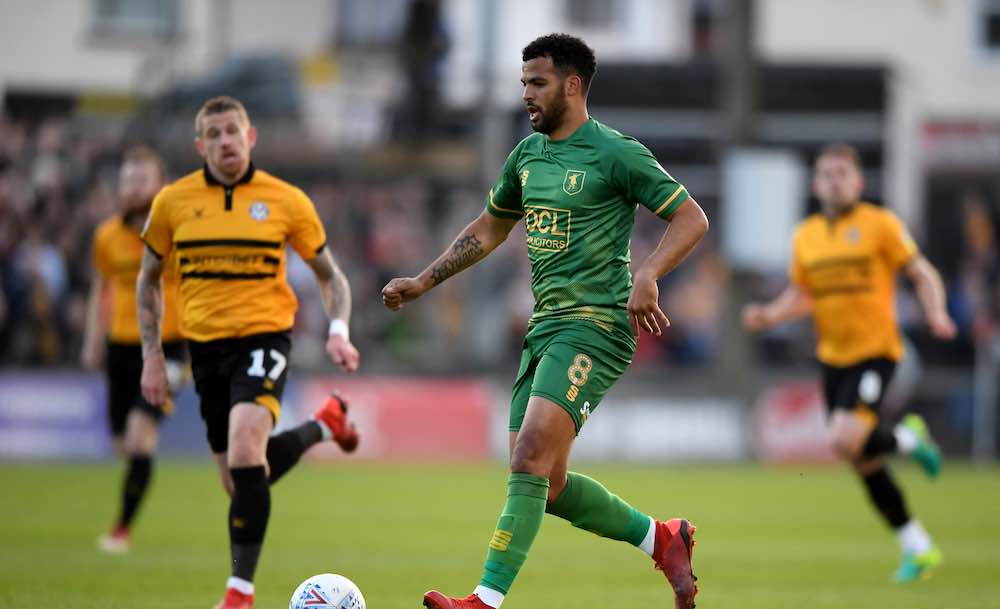 James Rowe spoke to Bolton Wanderers midfielder Jacob Mellis for WFi. They discussed his time with Mansfield and Barnsley, representing England, and working with the likes of Paul Clement and Brendan Rodgers at Chelsea.

You signed for Mansfield Town in 2017. Did you enjoy your time there and how would you describe the club?

“Mansfield Town are a really good club. I did not know too much about them before I signed but when I met the owner and the chief executive it is a club where everybody is moving forward and it was a good few years, to be honest.

“We have a good team spirit and I enjoyed all of last season. We just did not get over the line which was unfortunate. But we scored many good goals last season and played well as a team.”

You had a two-season spell at Barnsley. How do you look back on your time at the club and do you have any particular memories and highlights?

“Barnsley was great for my development and I signed when Keith Hill was their manager. During my first season we were down at the bottom end of the table and I do not think that many teams survive from where we were.

“Then David Flitcroft took over and we survived on the last day at Huddersfield Town which was a great experience. We both managed to stay in the Championship and we did really well. We were bottom of the Championship at Christmas and we went on a good run which was key to our survival.”

You have represented England in different youth categories. How do you look back on your time representing your country at youth level?

“It was really good. Travelling to lots of different countries and being with the best players in England.

“Whilst on holiday I bumped into my old team-mate John Bostock who is now at Toulouse in France, and it is funny how players all take different paths.

“We had some really good players in the England squads that I was a part of. I remember the under 19s European Championship semi-final where we lost to Spain who had Thiago Alcantara playing for them. They were a really good team and we were unlucky not to get to the final as we played very well during that tournament.” 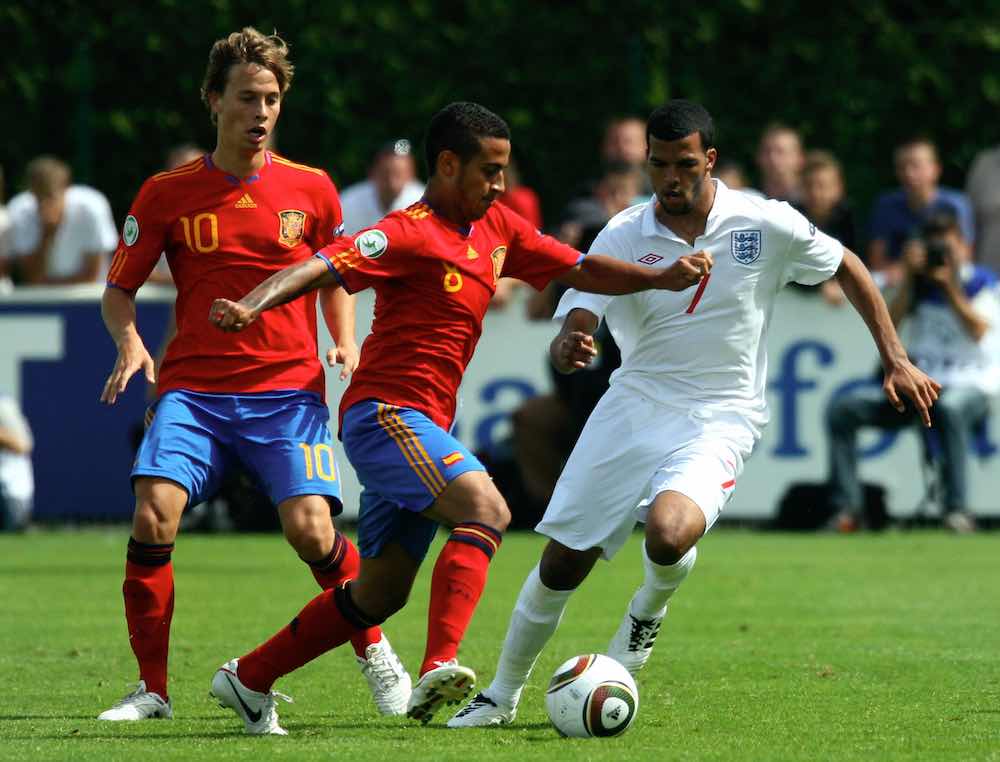 Sergio Canales and Thiago Alcantara of Spain and Jacob Mellis of England during the England v Spain UEFA U19 European Championship Semi-Final at The Louis Villemer Stadium on July 27, 2010 in Saint-Lo, France.

“You just mentioned a teammate you played with in the England international youth setup. Could you say who are the best players you have played alongside so far in your career?

“I have been fortunate to play with many good players from my early days at Chelsea and also when representing England, too, but I would say that the best player I played with was Jack Wilshere — even out of all the Chelsea first-team players I played with.

“Jack Wilshere is an unbelievable player he has got everything — dribbling, passing, vision, he could do everything.

“His decision making is on another level. Just streets ahead of everyone. Even though his injuries have been disappointing I am hopeful that he can return to the same form at his current club West Ham United.”

I can imagine in your position as a midfielder that you have come up against many good opponents throughout your career. Are there any opponents that stand out for you?

“Yes when we played against Spain in the under 19’s European Championship semi-final and coming up against Thiago Alcantara I was really impressed.

“I joked with the backroom staff that I will have to retire because he is just on a higher level and unbelievable player.

“Another player that stood out for me was Gael Kakuta when he was playing for France. We were teammates at Chelsea and he was also a very good player.”

Finally, Jacob, you already mentioned Keith Hill and David Flitcroft. Could you say who are the managers that have played a key role in your development as a professional footballer?

“Yes, definitely. When I played for Chelsea I worked with a lot of the first-team coaches, and one coach that gave me a lot of his time and made me a better player and tried to make me a better person was Paul Clement.

“He is amazing he is a really good coach and you could see why he went with Carlo Ancelotti to the likes of Real Madrid and Paris St Germain.

“I would say that the best coach I have worked with is probably Brendan Rodgers, also at Chelsea, especially in a tactical and technical sense in helping to improve players.

“The way he commands a high level from all the players in the training sessions, even commenting to the players to play the ball into the left or right foot of teammates. He is very particular and you can see now that he is also improving as a manager in the Premier League and people respect him.

“I must also give a mention to David Flitcroft. We seem to follow each other around as player and manager where we end up at the same club and we joke about it. He knows me well and what I am capable of which is important.”

Loading...
Newer Post
The 1999 Serie A Summer Transfer Market: The Wildest And Most Competitive Italy Has Seen
Older Post
5 Exciting Youngsters To Watch Out For As Bundesliga Returns