The James Rodriguez Alternatives Everton Could Target In The Transfer Window 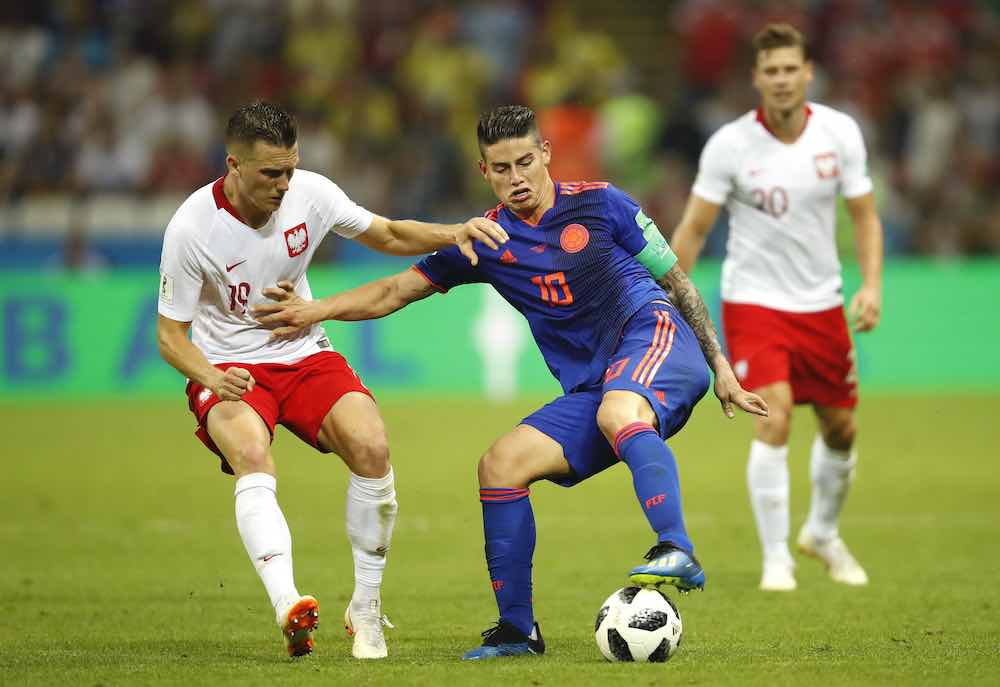 Real Madrid playmaker James Rodriguez is the latest name championed as the man to end Everton’s long search for a statement signing.

Since Farhad Moshiri gained a majority stake in the club back in 2016, the Toffees have often looked like a side desperately searching for relevance.

There was the appointment of Steve Walsh — the man credited with unearthing N’Golo Kante and Riyad Mahrez for Leicester City’s title-winning side — as director of football and the subsequent splash on No. 10s Gylfi Sigurdsson, Wayne Rooney and Davy Klaasen, all of whom enjoyed hugely varying degrees of success at Goodison Park.

All the while, star striker Romelu Lukaku was allowed to leave with no tangible replacement.

Steve Walsh overseen the following transfers whilst at Everton:

The Walsh experiment was a complete disaster and he was relieved of his duties in May 2018, months after manager Ronald Koeman was sacked having taken Everton from a European side to relegation battlers in less than two seasons.

Marcel Brands was Walsh’s replacement and although Everton continue to falter on the pitch, there are the makings of a young, talented squad.

That got us thinking, regardless of his past connections with manager Carlo Ancelotti, is a 28-year-old, injury-prone Rodriguez — who would reportedly command a wage in excess of £280,000 per week — really the right fit for Everton, regardless of his standing in the game?

That question becomes even more pertinent when you consider Ancelotti now has the Blues lining up in a 4-4-2 formation, meaning his central midfielders need to be just as robust and mobile as they are fluid and creative.

With those points in mind, using data and metrics from Smarterscout and Whoscored, we’ve picked out three players who could provide younger, more reliable alternatives to Rodriguez for Everton at a cheaper price, as well as a bonus ball option in a similar mould to the man himself. 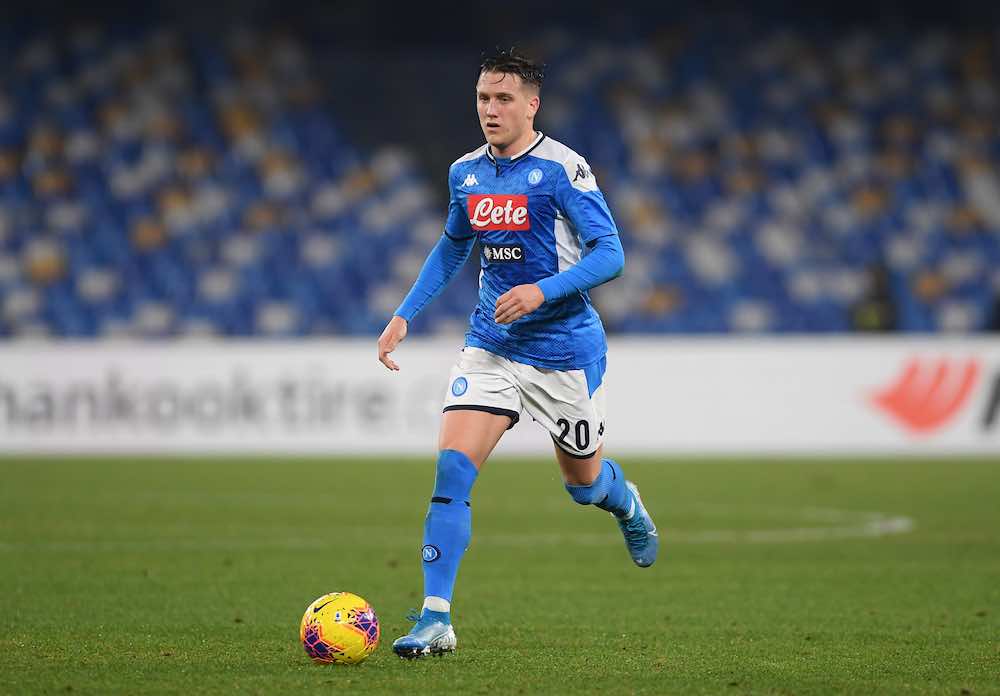 Right off the bat, we’re going to Ancelotti’s previous club, Napoli. The Partenopei have a host of talented midfielders on their books right now but perhaps the most suited (and realistic) to Everton’s 4-4-2 is Poland international, Piotr Zielinski.

Since joining Napoli from Empoli in 2016, Zielinski has scored 21 goals in 168 games Serie A and continental play, providing a further 15 assists. More impressive, however, is his ability to progress the ball and play both short and long passes with equal proficiency.

As shown in the actions map below from Smarterscout, under Ancelotti last season, Zielinski was charged with dropping in front of the defensive line to pick up the ball before spraying long passes — according to Whoscored, the Poland international was accurate with 88 of his 116 (76%) attempted long passes in Serie A in 2018/19.

However, you can also see that he was equally happy taking the ball further forward, playing short, connecting passes with Napoli’s wide players and forwards. This box-to-box proficiency would be key at Ancelotti’s Everton with just two players expected to hold the fort in midfield.

The likelihood is that Zielinski would line up alongside Andre Gomes long-term. The Portuguese midfielder is an immensely gifted ball-player but prefers to use his reading of the game rather than strength when it comes to his defensive work. As a result, Gomes has averaged just 1.59 tackles per 90 minutes in the Premier League since joining Everton, but has more ball recoveries per 90 (8.14) than any other outfield player.

It’s an added bonus, then, that Zielinski rates at a healthy 62/99 in terms of defending quality and 67/99 for ground duels out of possession, according to Smarterscout’s metrics.

Everton reportedly enquired about Zielinski’s availability shortly after Ancelotti’s appointment as manager and the Polish midfielder could still be a great addition to their squad, fulfilling a multi-faceted tactical role. 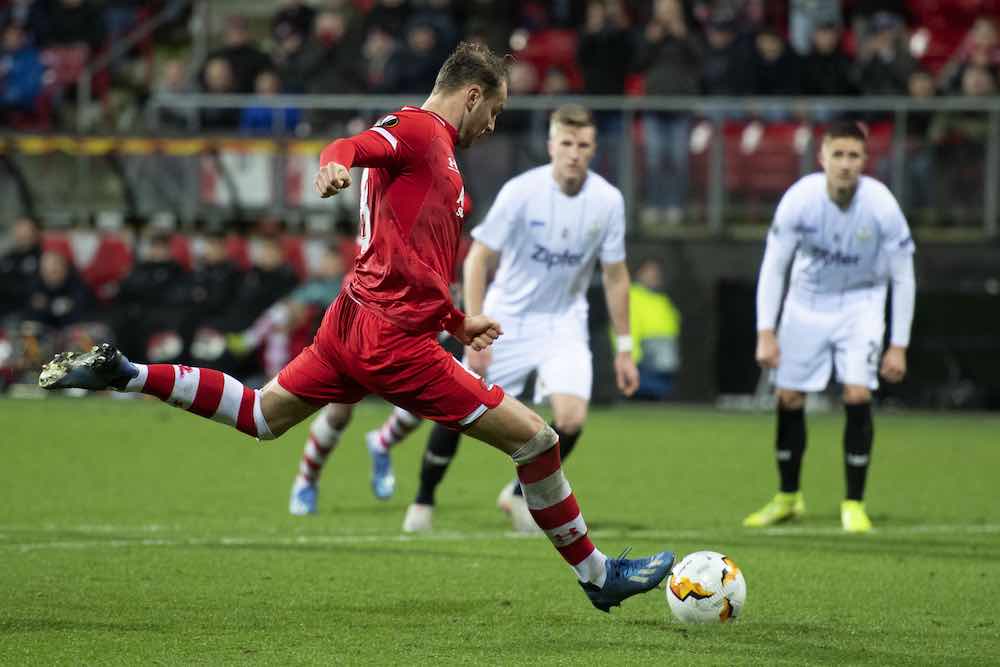 Thanks to the failure of Klaasen, Evertonians are bound to hold a little distrust for the Dutch Eredivisie. However, it’s important to remember that it’s also a league which brought the likes of Toby Alderweireld to Georginio Wijnaldum England, as well as the likes of Luis Suarez, Dennis Bergkamp and Robin van Persie in the past — it is a goldmine if well scouted.

One of the standout players in the Eredivise this season has been Teun Koopmeiners, whose name has been linked with Everton. The AZ Alkmaar captain leading his side to joint-top of the league — level with Ajax — before the cancellation of the Dutch season. In fact, he’s impressed so much that former Newcastle and Crystal Palace manager Alan Pardew called him the “best defensive player in Holland” during his time in charge of ADO Den Haag, while Ronald Koeman is thought to be keeping tabs on Koopmeiners for the Dutch national team.

Having made more tackles in the Eredivisie than any other AZ player this season (89), Koopmeiners would represent a more defensive option than the likes of Zielinski — who is an all-rounder — or Rodriguez, with the 22-year-old excelling in protecting his defence, breaking up opposition play and recycling possession from deep positions.

However, after losing Idrissa Gana Gueye to PSG and replacement Jean-Philippe Gbamin to long-term injury, the Toffees are certainly lacking in this department, with Gomes lacking bite in the tackle, Gylfi Sigurdsson and Morgan Schneiderlin desperately lacking mobility, Fabian Delph spending extensive time on the treatment table and Tom Davies still yet to realise his potential.

Nine of Koopemeiners’ 11 Eredivisie goals this season have come from the penalty spot but with Everton lacking a reliable spot-kick taker without the ageing Leighton Baines, that can only be seen as an added bonus. Furthermore, his 92/99 dead-ball aerial duel rating makes him extremely useful from set-pieces at both ends of the pitch.

One final added bonus to Koopmeiners’ game is his versatility, which has seen him deployed as a No.8, No.6 and at centre-back for AZ this season — the latter is another area where Everton are desperately short after failing to permanently secure or replace Kurt Zouma after his loan from Chelsea expired last summer. 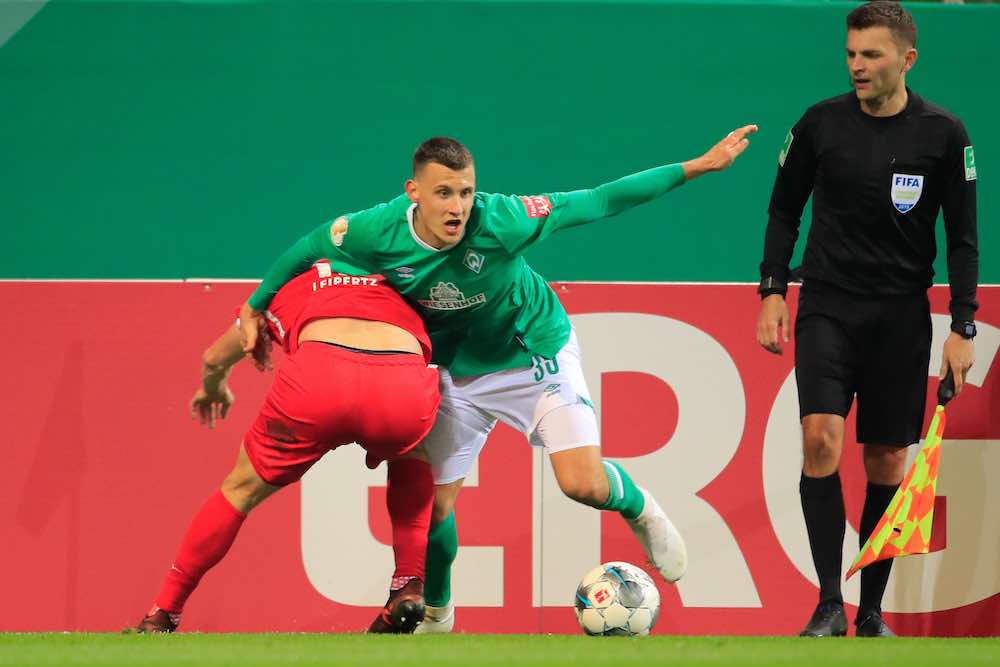 Having drawn some comparisons to Toni Kroos in the past, big things were expected of German midfielder Maximillian Eggestein. However, and largely thanks to Werder Bremen’s struggles, he’s failed to deliver on a consistent basis this season. Don’t let that fool you, though. Eggestein is still highly regarded in his homeland and if Werder Bremen do succumb to relegation, he could be available for a cut-price.

“The next ten games are important. What happens afterwards — who knows?” he said of his future recently.

On the pitch, Eggestein could provide Everton with an extremely well-rounded midfield option. The Germany U-21 international is an extremely hard worker and possesses great stamina — something the likes of Gomes, Sigurdsson and Schneiderlin have all been accused of lacking in the past — putting the lungs back into the Toffees’ midfield which have been missing since the departure of Gueye.

Furthermore, as Ancelotti seeks to find goalscoring support for his forward duo of Calvert-Lewin and Richarlison, Eggestein is well capable of the spectacular, looking particularly lethal when shooting from range. Last season, only Paco Alcacer (5) scored more goals from outside the area in the Bundesliga than his three.

There are areas of his game which need improvement. For example, Eggestein’s 77.2% pass completion rate in the Bundesliga ranks 15th among his Werder Bremen teammates. However, he has also attempted the third-highest number of short-range key passes (24) at the club, showing he’s taking risks and attempting to unlock the opposition defence rather than taking the easy option in possession.

According to Smarterscout, Eggestein has been involved in 48% of Werder Bremen’s moves resulting in a shot in the Bundesliga, so his rather scant return of two assists can be forgiven somewhat, given that he is clearly contributing to the attacking flow of his side.

Eggestein is still undoubtedly a diamond in the rough, but he would certainly offer Everton plenty of athleticism in midfield, while also adding a dynamic, unpredictable streak when taking the ball around the opposition box.

Bonus ball: Could Philippe Coutinho be the ultimate Rodriguez upgrade?

Off the pitch, the Brazilian’s arrival would certainly cause ruptures — former Liverpool players are almost never well-received at Goodison Park and just imagine what those of a red persuasion on Merseyside would make of it.

However, on the pitch, the 27-year-old still has plenty to offer. Coutinho has managed an impressive eight goals and six assists in the Bundesliga this season during his loan spell at Bayern Munich, adding a further goal and two assists in the Champions League.

Tactically, he would provide quite the conundrum. Smarterscout give Coutinho a rating of just 7/99 for defensive quantity this season and as any Liverpool, Barcelona or Bayern fan will tell you, dirty work is not his strong point. So, if he were to be deployed through the middle, Ancelotti would simply have to pair him with a destroyer — the closest option being Delph until Gbamin returns to fitness.

Of course, Coutinho is most fondly remembered in England for his ability to cut inside from the left flank before firing unstoppable shots across the face of the goalkeeper and, as can be seen in the actions map below, that is just the role he’s fulfilling it Bayern right now.

This isn’t to say Ancelotti couldn’t do with reinforcements on the flanks, given he’s been forced to deploy Richarlison as a striker. Alex Iwobi has suffered from fitness and consistency issues since joining Everton from Arsenal, grabbing just one goal and no assists in the Premier League, while Theo Walcott certainly isn’t a long-term option in the wide areas either.

Finances would obviously be a huge stumbling block for this move, with Barca reportedly demanding a fee in the region of £70m for a permanent transfer. Add that to the fact the Brazil international will be 28 himself later this year and it’s easy to see why Brands could be put off.

Loading...
Newer Post
Exclusive: Simon Barker On His Work With The PFA And Playing Days With QPR
Older Post
Massimo Cellino’s Adventures In The World of Football