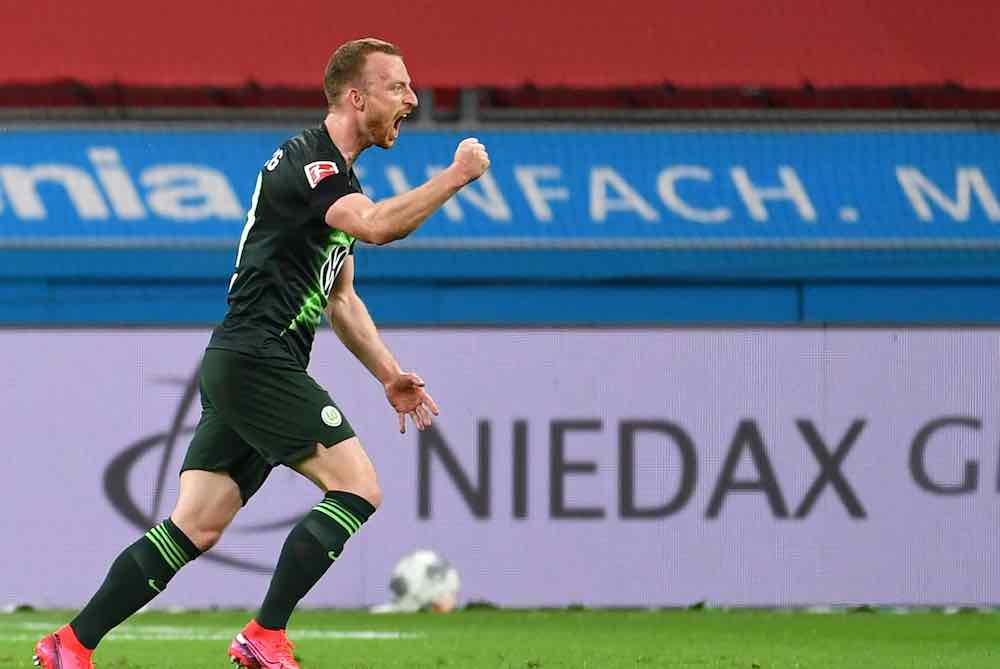 Wolfsburg changed the script against Bayer Leverkusen on Tuesday evening, causing an upset by defeating one of the in-form teams in the Bundesliga.

Die Wölfe scored four straight goals en route to a 4-1 win as they look to book their place in next season’s Europa League.

Maximillian Arnold put in a strong performance and was the difference-maker in Wolfburg’s crucial win.

Leverkusen had won three straight Bundesliga matches, were unbeaten in their last 12 games in all competitions, and are competing for a spot in the Champions League. This poor performance from Peter Bosz’s men could hurt their chances down the road.

A reminder of Bayer Leverkusen’s form going into this game against Wolfsburg #B04 #B04WOB pic.twitter.com/yR9o6QgPO4

The race for the final Europa League place is starting to intensify. Five points separate Wolfsburg in 6th and Schalke in 8th (with a game in hand), with Freiburg sitting between them.

Oliver Glasner’s men put an excellent performance against Leverkusen who had won their previous two matches by a margin of 7-2.

Wolfsburg were also in good form, though, and are now unbeaten in six matches on the road. They showed relentless pressure in Leverkusen, with great build-up play and quality from set-pieces which made the difference.

Key Leverkusen players such as Kai Havertz and Moussa Diaby struggled to create anything in the final third, and chances were limited for the home side as Wolfsburg’s backline were well-drilled. Glasner’s men showed great discipline but were also aggressive in the right moments.

Earlier in the day, Borussia Dortmund lost 1-0 to FC Bayern in der Klassiker, which gave Leverkusen a chance to move within one point of Dortmund in the standings.

Die Werkself failed to take their opportunity and now find themselves four points back of second place.

Their disappointing performance will have management and players eager to bounce back as they prepare for their match on Friday against SC Freiburg.

Glasner’s side failed to gain any momentum against Wolfsburg, struggling to create any quality chances in the first half. While Kai Havertz had his team’s only chance in the first half, coming off a set-piece, Leverkusen had a hard time getting their star player into the game.

While they may have taken their opponent a little too lightly, or weren’t completely prepared for this match, their recent form in the past seven matches would have suggested otherwise.

Leverkusen failed to defend the set pieces, and will now have two days to quickly turn things around. They cannot afford to cough up more points in a tight race to make the Champions League next season.

Croatian defender Marin Pongracic scored his first two goals in the Bundesliga, but it was midfielder Maximilian Arnold whose performance stole the show.

The German finished the game with a goal and two assists, showing great pace and awareness in midfield where he made timely key challenges, advanced the ball upfield, and was effective in and around the 18-yard box.

Arnold has such a good delivery on set pieces. Pongracic untouched on his run to get on end of cross. 1-0 @VfLWolfsburg_US

His set-piece delivery led to the goals which won the game for Wolfsburg. He delivered crosses for Pongracic to score in both halves, and sent a free kick underneath the Leverkusen wall which deflected off Edmund Tapsoba past helpless goalkeeper Lukás Hrádecky.

Arnold finished the game having completed nine of 13 attempted long passes, and having had four shots on goal, but it was his set-piece expertise which made him Man of the Match.