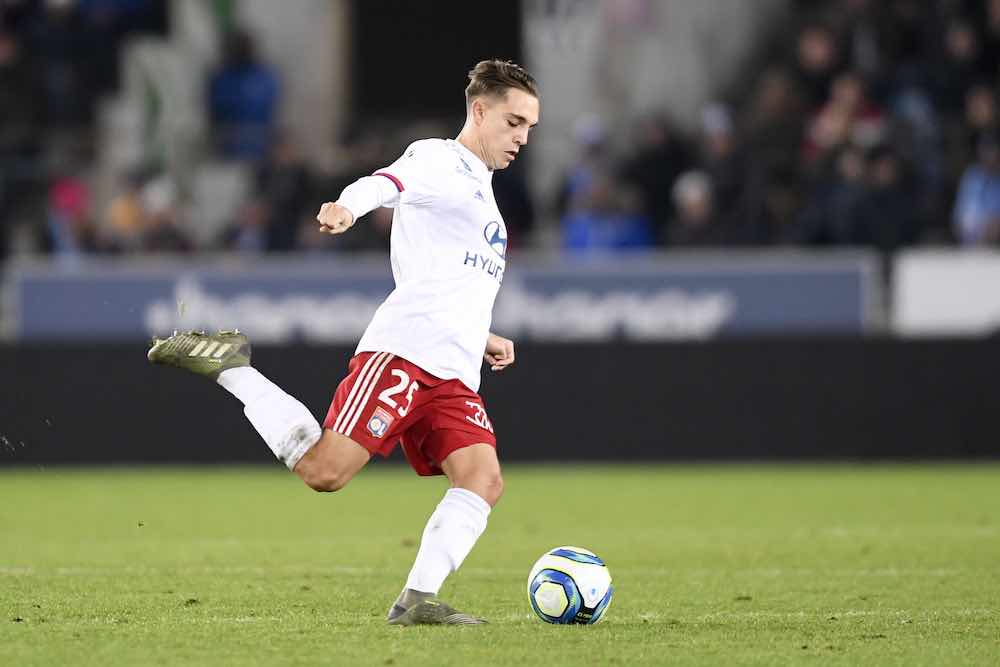 There is something brewing in the Olympique Lyonnais academy. When is there not?

Europe’s top leagues are littered with players who came through the ranks at OL, and the club continues to produce footballers who go on to make their name in the Lyon first team before being sold on.

Although keeping hold of these higher-profile homegrown names might see them better equipped to end the dominance of Paris Saint-German, departures rarely weaken the team too much, as there’s always someone else ready to step up from the youth or second team.

At the end of this season, Lyon will lose Lucas Tousart, another talented player who honed his skills at the club after joining from Valenciennes for around €2.5m in 2015. Along with their own academy, this identification and acquisition of young talent is another method Lyon use to try to counteract the unmatchable big-spending of PSG. Tousart will join Hertha Berlin for €25m, making the club a tidy profit.

This will not weaken them, either, as a number of players, not least 20-year-old midfielder Maxence Caqueret, are ready to step into the breach. 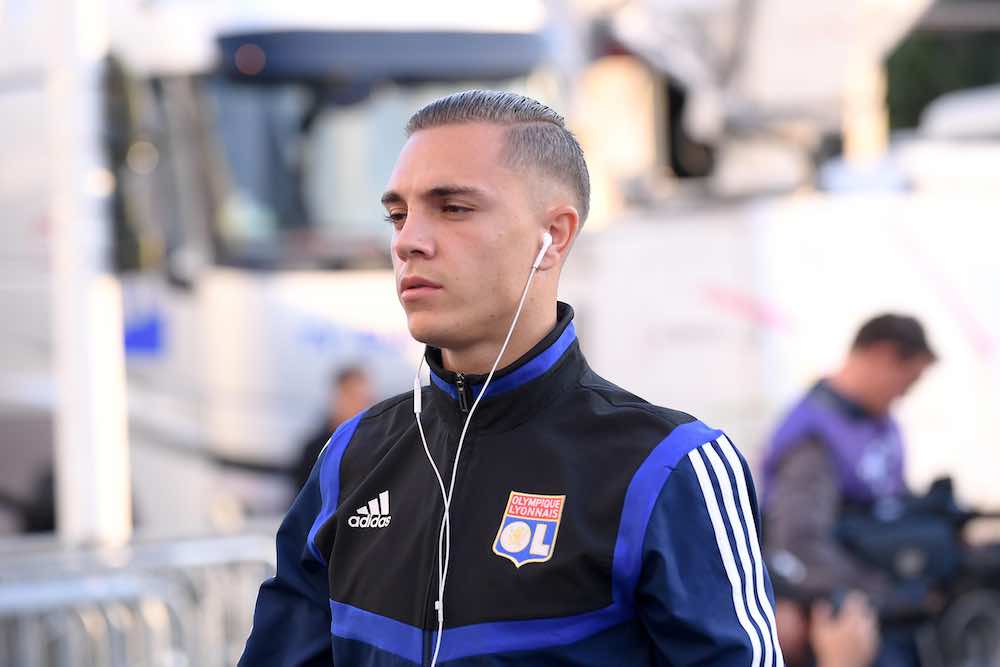 While one of Lyon’s Brazilian defensive midfielders might replace Tousart positionally, Caqueret, a more rounded player who is able to play as a No. 6, No. 8 or even as an attacking midfielder, is likely to take his place in the squad.

Standing at 5ft 8in, Caqueret is not similar in stature to the 6ft+ Tousart, but when it comes to ability he offers something different, perhaps even more useful, to the Berlin-bound former France U21 international.

There is a sense of excitement around the Parc Olympique Lyonnais that a slot has opened up for their talented midfielder from Vénissieux.

Caqueret has himself featured for France’s youth teams, wearing the No. 10 shirt for his country during the 2017 U17 Euros in Croatia and the 2017 U17 World Cup in India.

The fifth-place finish in the former saw them qualify for the latter, with Caqueret’s Lyon teammate and fellow generational talent, Amine Gouiri, scoring the important goal against Hungary in the fifth-place playoff. The striker finished as the tournament’s top scorer with nine goals and was named in the team of the tournament. 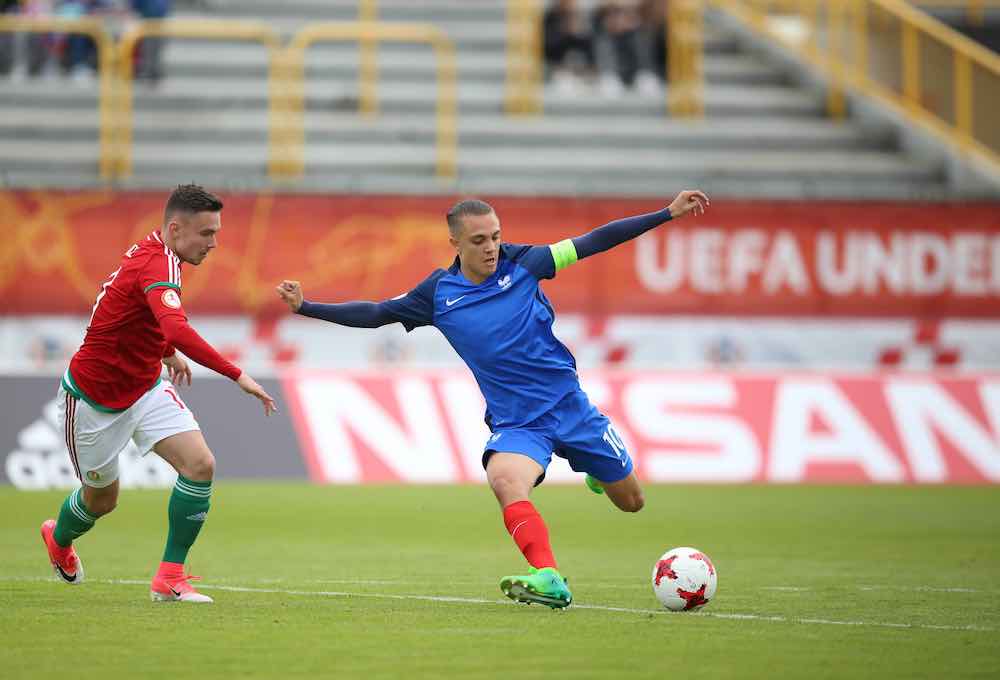 France boasted a perfect record in the group stage of the U17 World Cup later that year, scoring 14 and conceding three, but were knocked out by eventual finalists Spain in the Round of 16.

Many international scouts will have had their first look at Caqueret during these international showcases, and he will no doubt have been placed on the ‘monitoring’ list of clubs across Europe.

These scouts will have seen an inventive player who displays excellent movement across the park and one whose awareness means he has a constantly updated picture of the pitch in his mind, ready to evade a defender or find a team-mate.

He’s not the biggest of players, but uses his frame really well to keep possession, and can often beat his man without touching the ball thanks to his cunning movement.

Despite all the positives, there is the occasional sloppy pass, loss of concentration, and failure to track opposition runners through midfield, but these should all be ironed out with first-team football where such lapses would soon see him back on the bench.

The radar below, from Football Slices, shows a good combination of hard work in defence, and ability to get his team moving forward in attack. 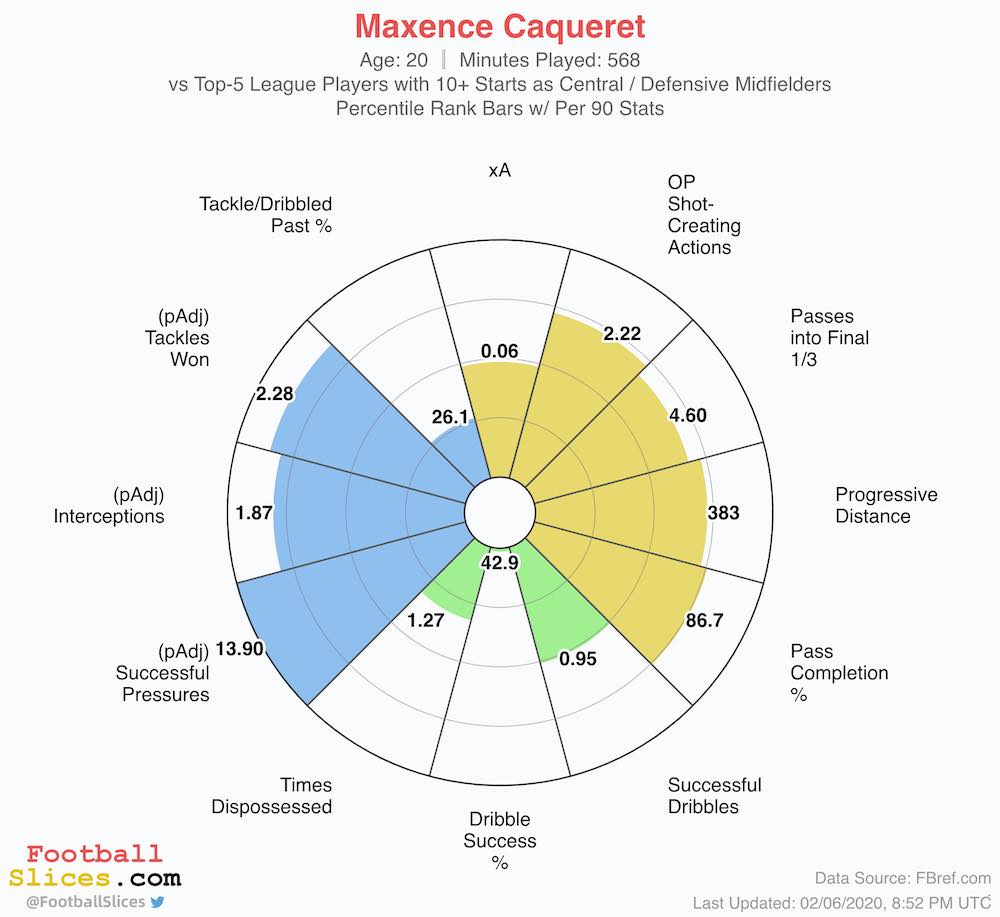 On the scale used here, he can’t get any better when it comes to pressing from midfield, and also shows up well for interceptions and tackling, indicating an ability to snuff out opposition moves.

This data comes from only 568 minutes of league football, but is nevertheless a big indication of his defensive style and proactive pressing ability.

There are also plenty of progressive actions in possession, reinforcing the vision and passing on show when watching him play. He can execute a wide range of passes, especially with his stronger right foot, from ranging cross-field switches of play, to pinpoint low balls through opposition lines.

These characteristics are reflected in his style ratings on Smarterscout, in which he scores well for disrupting opposition play and linking up moves for Lyon. 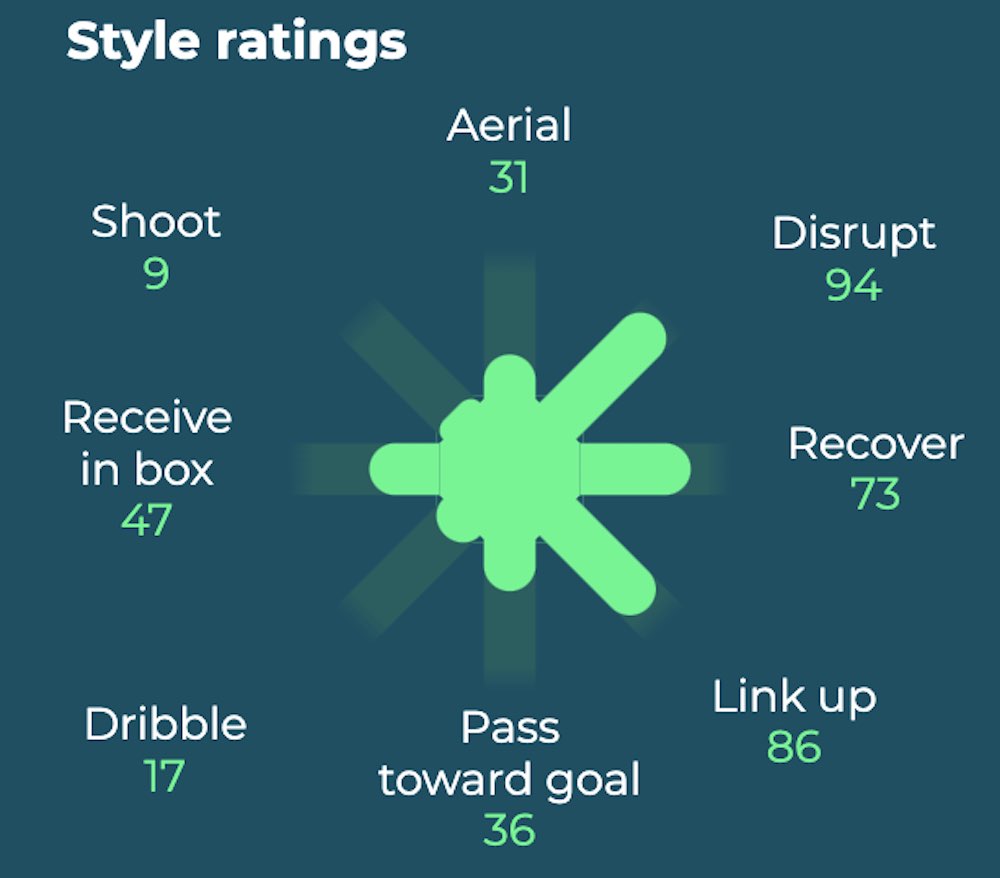 A background in Futsal also helps him cope with pressure when receiving the ball in tight situations.

“If we analyze the technical and tactical side, there are only benefits from learning [Futsal]. You have to react quickly and there are many one against one duels. In today’s football we have less and less space, and having played Futsal is therefore very beneficial.

“Caqueret, for example, seeing him play I immediately noticed that he had gone through Futsal, like most Brazilian players.”

This might explain Caqueret’s tendency to dribble more when operating in deeper roles, but when he finds himself in advanced positions he will choose to bypass the opposition through passing, drawing the opposition in before sending team-mates into space, rather than taking on his marker.

His effectiveness in and out of possession means he is a player who is regularly involved in the action. Only Jean Lucas and Fernando Marçal have more touches in the middle third per 90 than Caqueret’s 48.4. 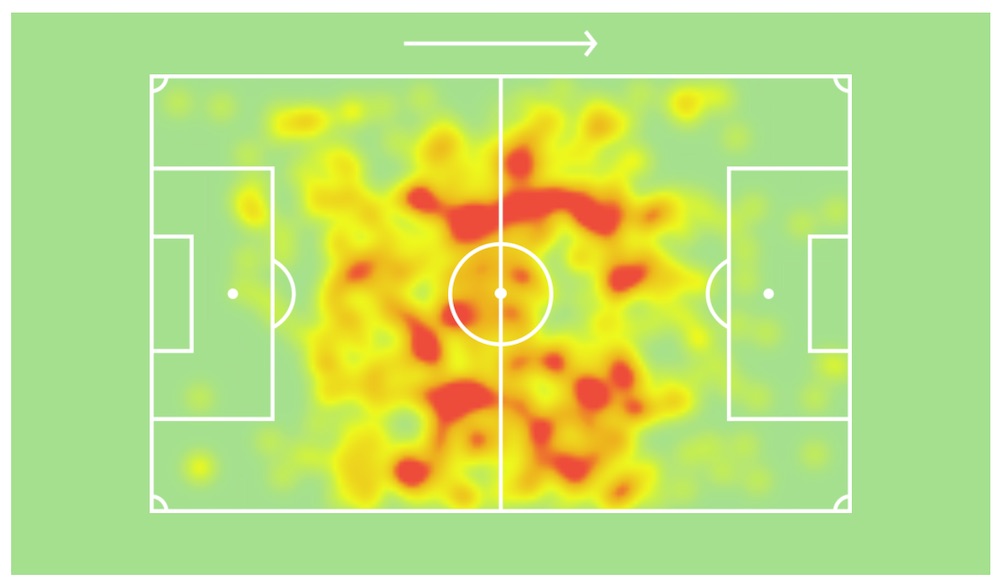 This also shows his willingness to take responsibility. He’s someone who is unafraid to put themselves forward even if this boldness may lead to the occasional mistake.

As a teenager, he regularly wore the captain’s armband throughout the age groups — another indication of his strong mentality and ability to drive a team on through his actions, words, and application on the pitch.

Expect the occasional booking as a result, but it’s better to have this kind of aggression and determination than not, especially when it’s combined with proficient technical ability.

“He gets through a lot of work and he’s got a very pure technique. He scraps for the ball, too, and he can take out a whole defensive line with a single pass or a dribble.”

Caqueret has already been given the responsibility of representing the players and team at press conferences.

“I learn a lot with my teammates in training,” he said during one such media appearance in February. “I was able to earn some playing time this season which is a plus for me.

“I am playing alongside high-quality players, too, and all of this helps me. I do not have a powerful physique but I try to compensate with my intelligence to recover the ball.

“The start of the season was a bit difficult because I knew I was close to playing regularly. I continued to work to do the best I could.”

Another asset for Lyon is the local identity he will offer to the team. Being from the Vénissieux commune situated to the south of the Lyon Metropolis, he will help the club strengthen its connection with supporters.

Start typing Vénissieux into Google and one of the top autocomplete options is “Vénissieux dangereux”. No translation needed.

It’s a region of the city where the political mindset is influenced by the workers at the local Renault Trucks factory, ad the diverse makeup of the communities around it.

The area was home to Les Minguettes, a residential district made up of high-rise public housing into which many immigrants were moved during the latter part of the 20th century.

This led to tension between those living in the area and the authorities, which sparked riots during the early 1980s and the Marche Pour L’égalité et Contre le Racisme (March for Equality and Against Racism) in 1983.

Though many of Les Minguettes have been demolished, the area retains its pro-active political nature. It was active during the French riots of 2005 which aimed to raise awareness of youth unemployment, especially among immigrants, and police harassment in the poorer suburbs of French cities. 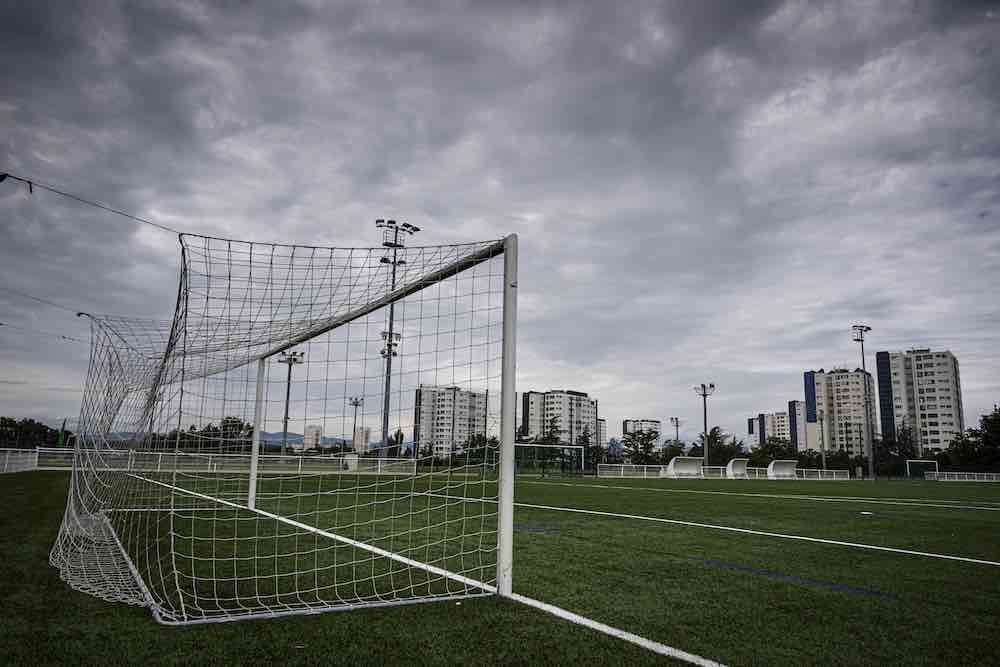 A football pitch in Venissieux, Lyon.

Before moving to OL, Caqueret played for two teams in his local area, FC de Corbas and FC Chaponnay Marennes. He signed his first professional contract in December 2018 at the age of 18.

“I’m proud to sign my first professional contract with OL,” he said after putting pen to paper.

“The club belongs to my heart. I came here in the U11s and this signing is a culmination. I’m really proud to be here today with the president and my family.”

Lyon president Jean-Michel Aulas added: “I’m proud to sign a new academy player who shows all the values of the club. Maxence embodies the future of this club. He must now earn a spot in the first team.”

Caqueret added a further two years to that deal in 2019 which will keep him at the club until 2023, and a good spell in the first team next season will likely see him improve the terms of his current contract in order to raise his value.

Caqueret is joined in the next wave of talented Lyon youth players by compatriots Gouiri and the much younger Rayan Cherki, as well as the more established Houssem Aouar. 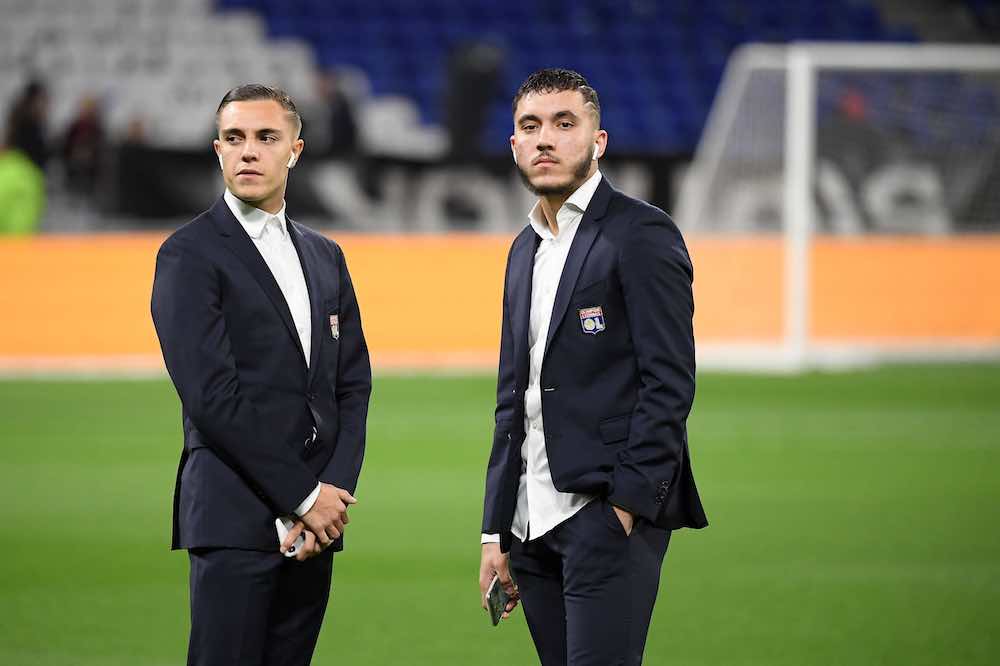 16-year-old Cherki is seen as the next star attacker to come from the Lyon academy, and many think he could be one of the best ever, but Caqueret beat him to the 2019 Revelation of the Year award.

The 2020/21 season will be Caqueret’s big chance to shine and establish a regular place in the Lyon starting XI. Spaces in the squad will continue to open up, with the likes of Aouar and some of the recently signed Brazilian midfielders Jean Lucas, Thiago Mendes, Camilo, and Bruno Guimarães already attracting glances from other clubs, but the young Frenchman will hope to work his way into the team regardless.

A player Aulas referred to as a “real Gone” is about to get the chance to prove he’s the real deal.