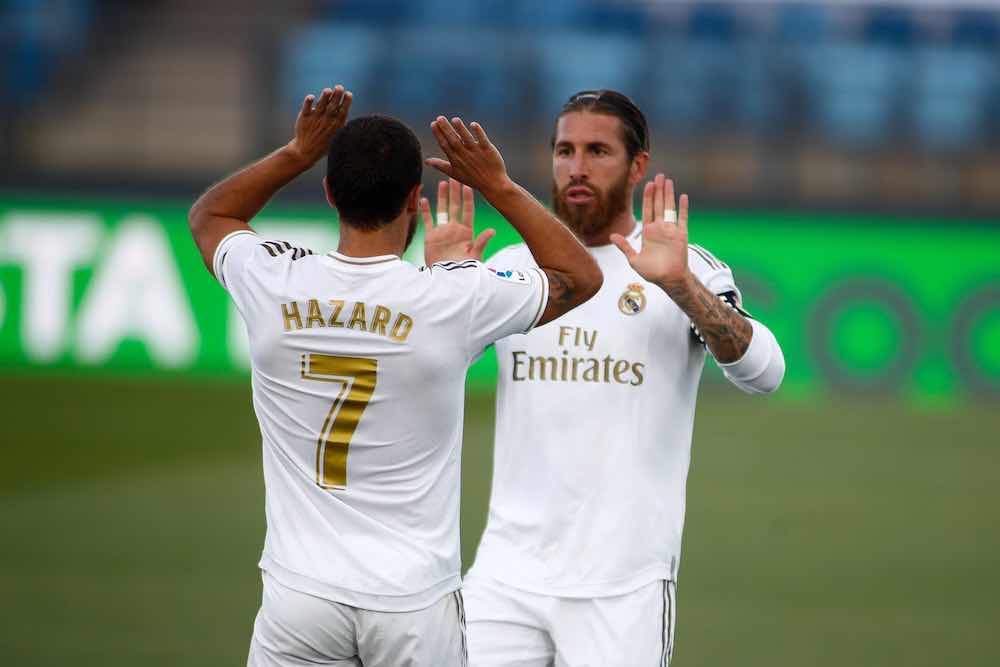 Los Blancos returned to action on Sunday beating Eibar 3-1 in their first match back following La Liga’s break due to the Covid-19 pandemic.

The match took place at the Alfredo di Stefano stadium while Santiago Bernabeu is being renovated, and a Toni Kroos goal kicked opened the scoring in the fourth minute.

Sergio Ramos found the back of the net after half an hour following a stellar attack started and finished by the captain, and assisted by Belgian star Eden Hazard who is returning from injury after taking a knock in February.

“I’m happy with the three points and to start playing again,” Ramos told La Liga’s media channels after the game. “We’ve got 10 more finals and we’ll give it everything we’ve got.

“It was a bit strange for everybody after a tough time for everyone, I want to send, as captain, high spirits to everyone. It has been a strange situation, not being able to go out of the house, but we always have to bring positive things out of bad things.

“To get football back is happiness for the whole country. Everything is returning to its natural place, it’s important for everybody – us as well – to get back out on the pitch.”

Seven minutes later Marcelo smashed the ball into the bottom corner, after Hazard’s shot was fended away by Eibar goalkeeper Marko Dmitrović.

Thibaut Courtois’ superb performance and hopes of securing a clean sheet was tarnished in the 60th minute when Edu Exposito’s strike took a deflection off Pedro Bigas’ back, sliding past Courtois and into the back of the net.

Real’s win keeps the title race on as Barcelona remain two points ahead at the top of the table.

“I think we did well,” added Ramos. “We worked hard over the last few weeks to come back and to keep the form that maybe we’ve lost over the last couple of months.

“We are back and playing in the best possible way, there are a lot of things we can improve but physically we were good.

“The first 45 minutes, we showed good intensity and got the goals to go ahead. A bit less intense in the second half, but that will be something for us to learn from and improve. In general, we were good, we’ve got things to improve and are happy to get the three points. We will now prepare for the next game in the best way.”

It was a comfortable win for Zinedine Zidane in his 200th game as head coach, and his side will be back in action on Thursday at the Estadi Alfredo di Stefano where they will take on 7th place Valencia.