César Montes: A Scout Report On Mexico’s Next European Export 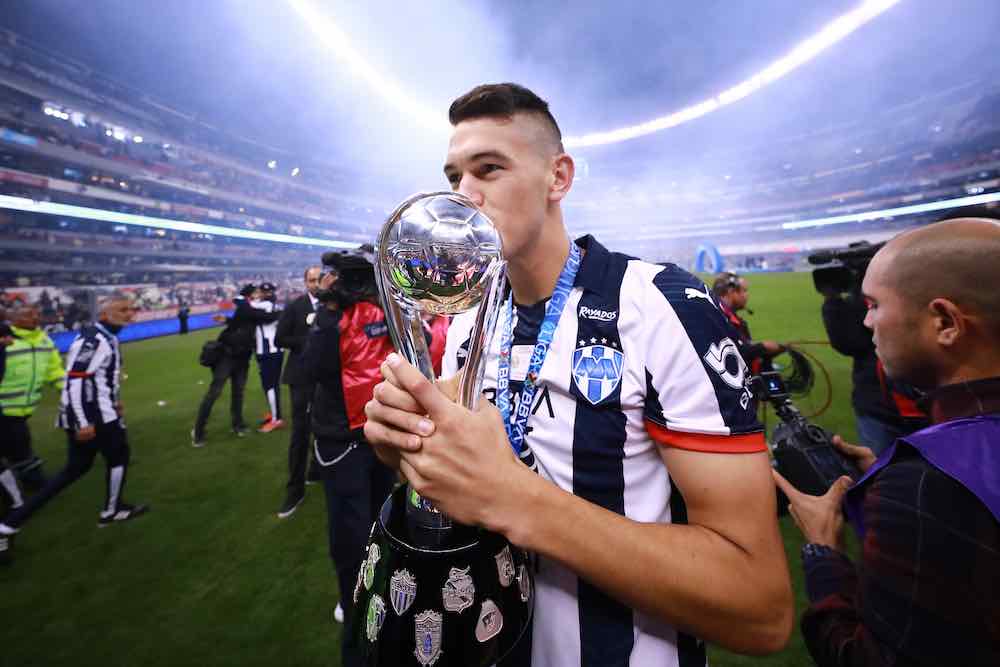 One of the next exports from Mexico could come from the defence in the form of Monterrey centre-back, César Montes. The 23-year-old has his eyes set on Europe with clubs like FC Porto, Valencia CF, and Galatasaray reportedly showing interest.

The Rayados central defender recently spoke with EFE (via TUDN) about possibly suiting up for a European club. It’s the next step that the defender hopes to take in his career.

“I see myself playing in Europe soon. I hope that the years will not go by without meeting my challenge,” said Montes. “Today, more than ever, I work because it is my dream, and nobody is going to take it from my head.”

Despite having aspirations top play at football’s highest level, El Cachorro understands he can still improve his form. The 23-year-old is learning from the lost opportunities from other Mexican players in Europe. It’s a circumstance that Montes hopes to avoid when transitioning to the next level.

“I have to improve a lot of soccer things. I am self-critical. I have to change some details in my discipline,” said Montes. “In Europe, there are very professional players of my level. So I don’t want to start from scratch.”

When taking a look at Montes, one thing the average football fan will notice is his height. At 6’3”, he has an imposing physique that any European club would want in a central defender. So, let’s take a look at the Mexico international and what he brings to the table.

Montes is second among Monterrey players in the last calendar year — behind Nicolás Sánchez — in successful defensive actions per 90 minutes with 9.4. For those unaware of the statistic, it’s a metric that sums up defensive duels won, interceptions, and sliding tackles normalized per 90 minutes.

Beginning with his duels, Montes can keep the opposition in front of him on the ground. The Monterrey defender is averaging 5.9 defensive duels won per 90 since 2015 in Liga MX.

Furthermore, over his five seasons with the club, Montes’ winning percentage for duels is 63.3%. More often than not, the 23-year-old can take the ball away from the opposition. Meanwhile, in the air, Montes takes advantage of his height. El Cachorro wins 4.8 aerial duels per 90 and at a 65.2% success rate.

Let’s take a look at an example that will display his defensive awareness when it comes to his one-on-one defending. Last year, Monterrey took on the reigning Major League Soccer champions at the time, Atlanta United, in the quarter-finals of the CONCACAF Champions League.

After losing the first fixture 3-0, Atlanta were looking for a remontada at home. However, Monterrey had a stingy defence, which included Montes. In the second fixture, he won six out of seven duels on the ground, including one against former River Plate midfielder and South American Player of the Year, Pity Martínez. 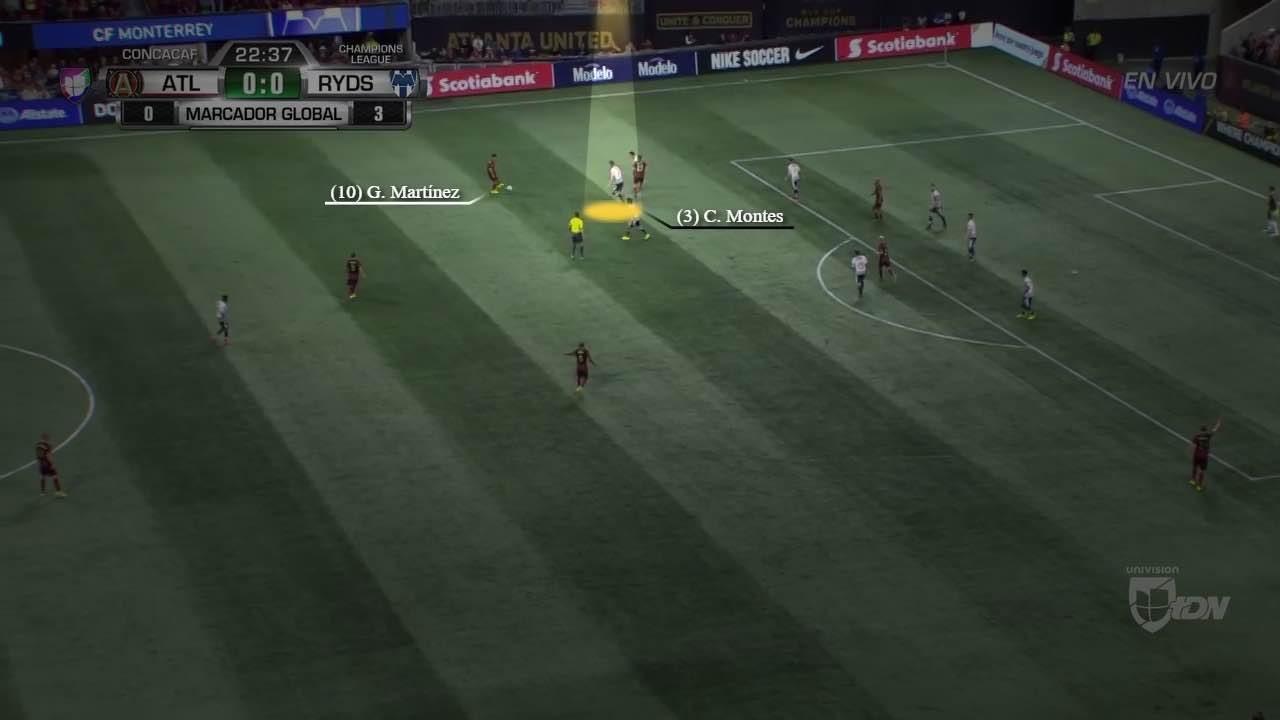 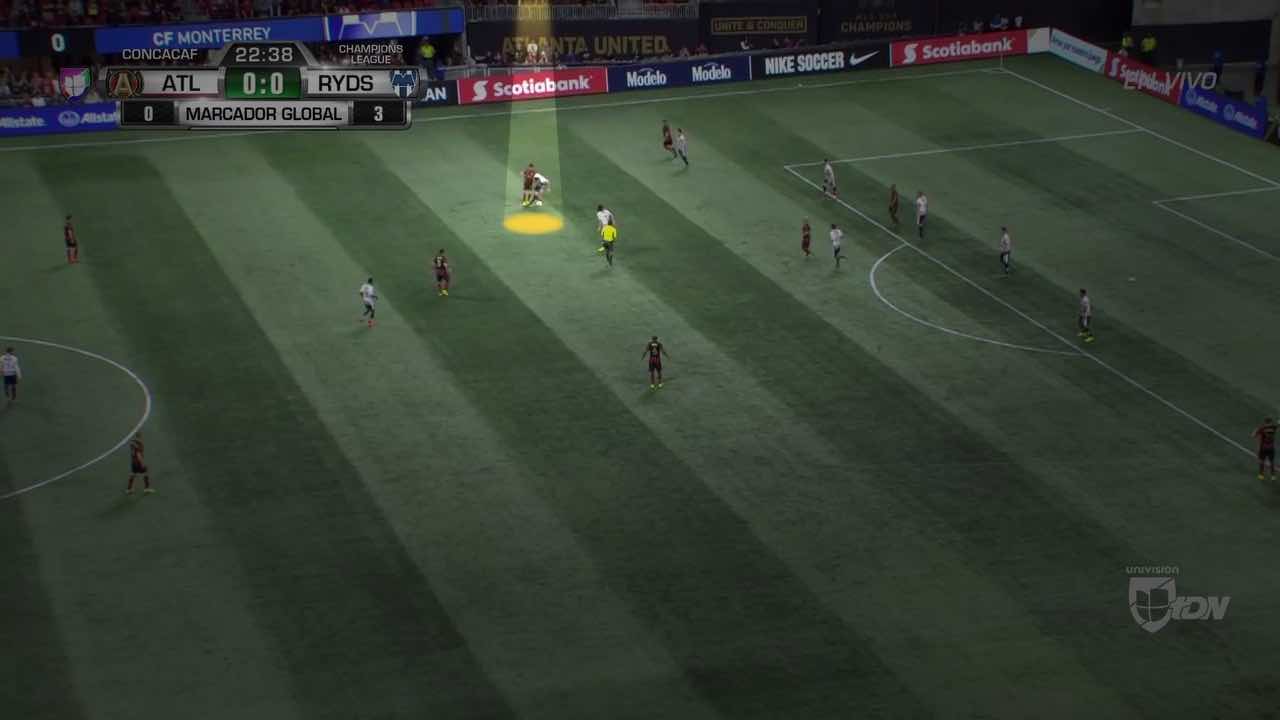 Once Martínez receives the ball, Montes has two options. The central defender can be passive and let the action come to him or become aggressive to dispossess the Argentine. El Cachorro chose to go up and confront Martínez for the ball.

The duel became one-on-one with the Atlanta midfielder looking to dribble past the aggressive Montes. However, the Monterrey defender didn’t leave any opportunity for Martínez to get by him. That duel would be one of the six that Montes would win that night.

Another example that displays Montes’ defensive awareness is against Club America. In the first leg of the Liguilla final against Las Aguilas, the 23-year-old won all four of his duels on the ground and four of five in the air. When Monterrey commit a turnover in their half, it leads to an America scoring chance. Montes serves as the last line after the defensive error. If he lets the America attacker get by, there’s plenty of open space to create a scoring chance. 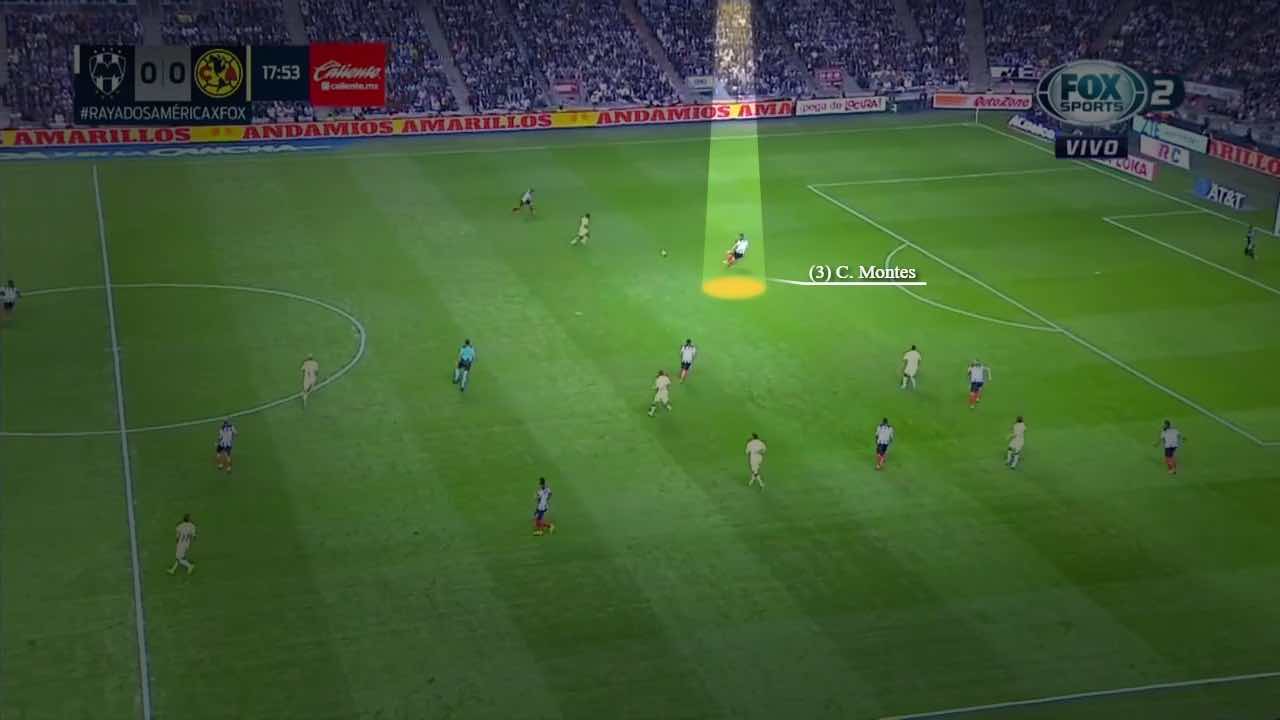 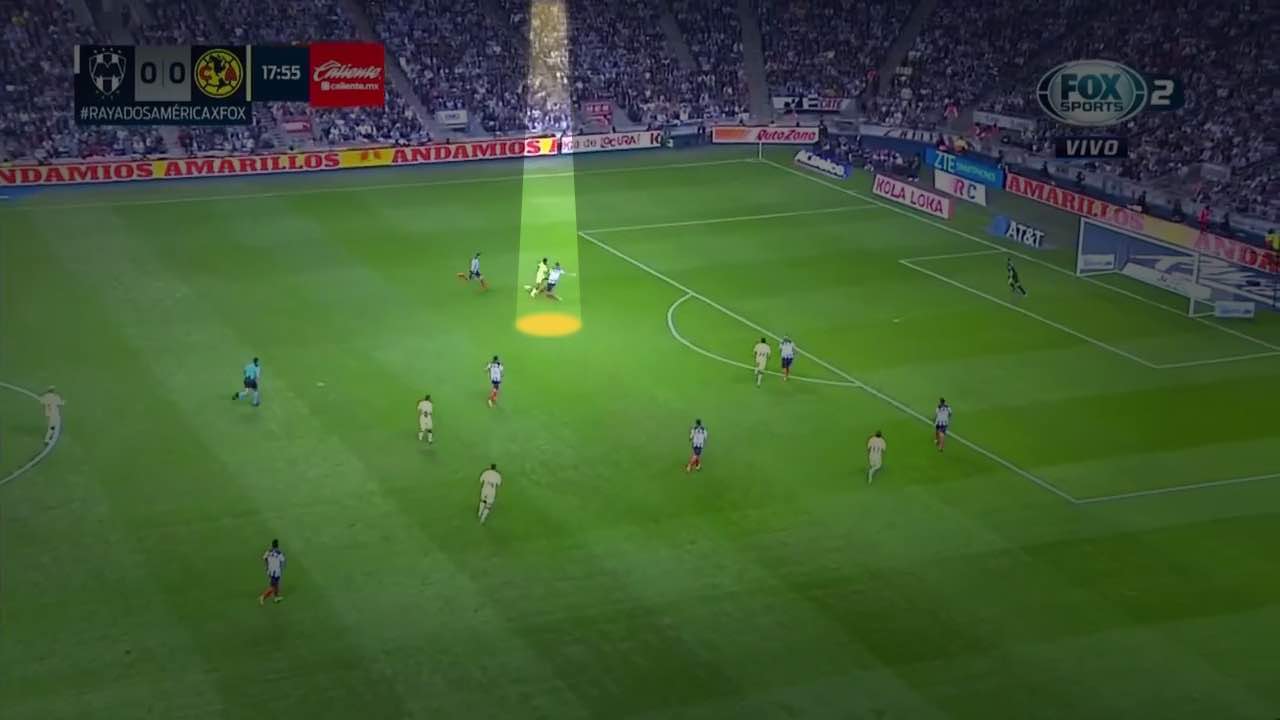 Unlike how he defended against Martínez, Montes, in this instance, waits for the attacker to come to him. Despite being passive, El Cachorro can take the ball away and deny a potential scoring opportunity.

Finally, the last two aspects of his defensive play are his interceptions and clearances. Starting with his interception numbers, Montes averages 5.84 interceptions per 90. Montes is also putting up 3.77 per 90 in his Liga MX career when it comes to the clearances. Much like he does in the air, Montes often uses his height to clear crosses that go into the penalty box.

When it comes to passing from the back, it’s one of Montes’ strengths. The Hermosillo-born defender is averaging 28.8 passes per 90 with an 83.2% success rate. On his long passes, El Cachorro puts up 4.8 passes per 90 with a 49.1% accuracy. Dissecting his passes a bit, it will show how effective they are during in-game action.

Focusing on the long passes, Montes frequently wants to jumpstart the attack. Examples of this can be seen against Liverpool FC and America:

If given space, the Monterrey defender isn’t afraid to launch one into the final third.

Montes has the tools to make the jump from Liga MX to Europe. El Cachorro certainly has the size and defensive awareness. However, it’s in his best interest by taking the midstep by going to a club like Porto. The Monterrey defender should slowly dip his foot into the European pool. Jumping straight into the deep end and going to a club that isn’t best known for developing young talent could hamper his career in Europe.

The 23-year-old isn’t the only one that wants to see him develop in Europe. Those who support Mexico’s national team want to see him thrive across the pond. Edson Álvarez of AFC Ajax is the only young Mexican defender with potential in Europe. With some central defenders being caught up due to age or seeing their form dip, Tata Martino will want to see him take the next steps in his development.

It’s not to say Mexico’s defensive hopes solely ride on Montes, but it will make Martino’s decision much more comfortable to go with Montes and Álvarez. We’ll see what the future holds for Monterrey’s central defender, but it’s not crazy to believe that Europe will be calling soon.

All stats are courtesy of Wyscout.