Corinthians, Bolsonaro, And The Return Of Brazilian Football 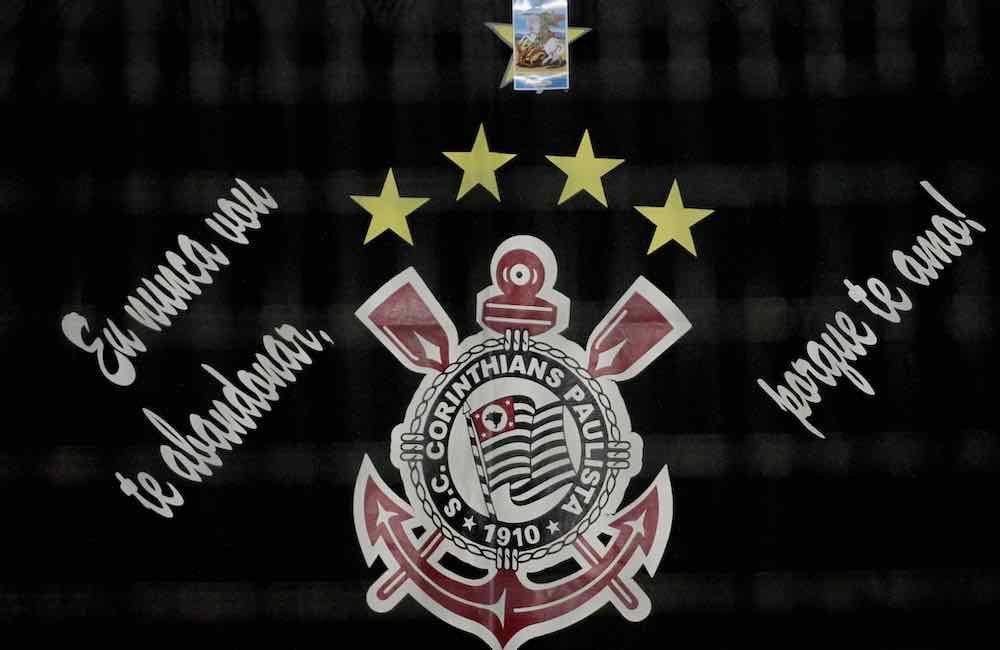 “Lula’s love of Corinthians, the São Paulo team whose support is traditionally identified with the disenfranchised working class, is an integral part of his public image,” Alex Bellos said in Futebol, his study of Brazilian football.

“Corinthians is a club that failed to win a state title for twenty-three years, between 1954 and 1977, a painfully long drought that was a metaphor for Lula’s own political trajectory.

“Previous Brazilian presidents took an interest in football, but only from the directors’ box. Lula brought to the presidency the passion of a long-suffering fan. ‘Supporting Corinthians is different from anything you might know supporting any other team,’ Lula said. ‘Because being a Corinthiano is not just about being a supporter. It is about being a militant, 24 hours a day, 365 days per year. It is like you are defending a cause. And it doesn’t matter if things are going badly, because the worse they get, the more we have faith.’”

“Before today I’d never listened to Andar com Fé and heard a song of resistance,” he said. “But perhaps that’s what it is.”

As many nations are beginning to emerge from the worst of the Coronavirus pandemic, things are continuing to spiral in Brazil. The country is second only to the United States in total fatalities, but local officials have begun the process of lifting quarantines in spite of this continued growth.

Brazil never issued nationwide rules for social distancing and instead relied on local officials to operate as they saw fit, resulting in incoherent and contradictory policies. This absence of central leadership has been compounded by crushing poverty, with a large percentage of the population reliant on informal labour — where to stay at home is tantamount to going without eating — and with many living in favelas not conducive to social distancing. 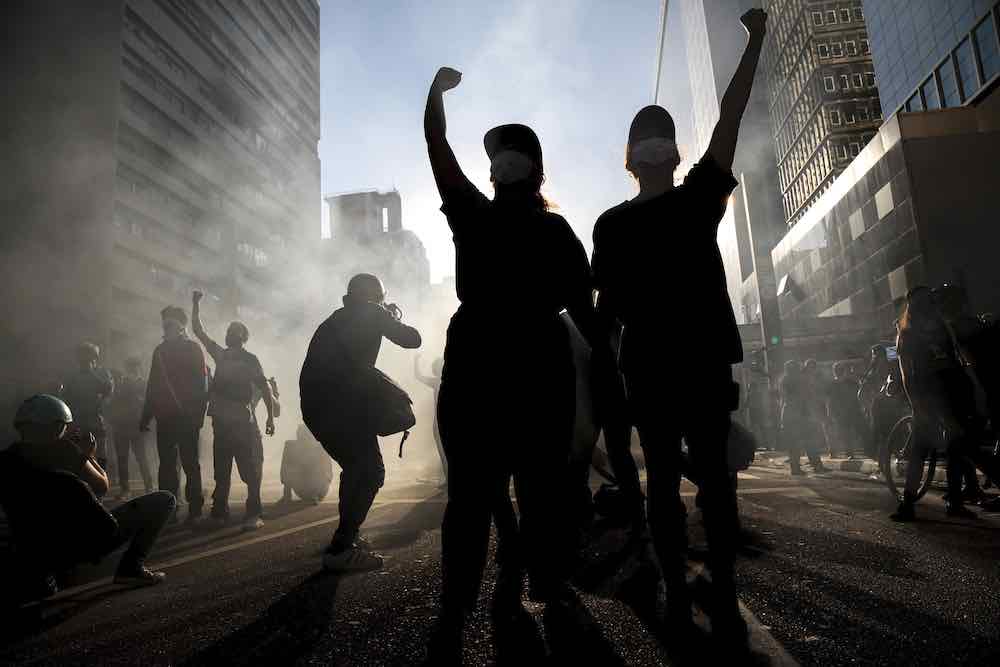 SAO PAULO, BRAZIL – MAY 31: Football fans demonstrators clash with riot police during a protest against President of Brazil Jair Bolsonaro amidst the coronavirus pandemic at Paulista Avenue on May 31, 2020 in Sao Paulo, Brazil. (Photo by Miguel Schincariol/Getty Images)

Right-wing president Jair Bolsonaro has repeatedly undermined the gravity and threat of the Coronavirus, likening it to a gripezinha (little flu) and obstructing efforts to contain it, even claiming that the anti-malarial drug chloroquine is an effective treatment and that the number of cases in Brazil has been exaggerated.

In this context, Bolsonaro sees football as an important ally in his cultural battle, and has repeatedly reinforced the idea that it should return as soon as possible. In response to this, and in the militant spirit aforementioned by Lula, football supporters have fought back.

Gaviões da Fiel, a Corinthians supporter group, took to São Paulo’s Paulista Avenue in early June in defence of democracy, and were joined by archrivals Palmeiras’ Anti-Fascist Collective, as well as representatives from other local clubs Santos and São Paulo.

Elsewhere in the country supporters of clubs including Flamengo, Atlético Mineiro, and Cruzeiro also took to the streets in similar demonstrations. 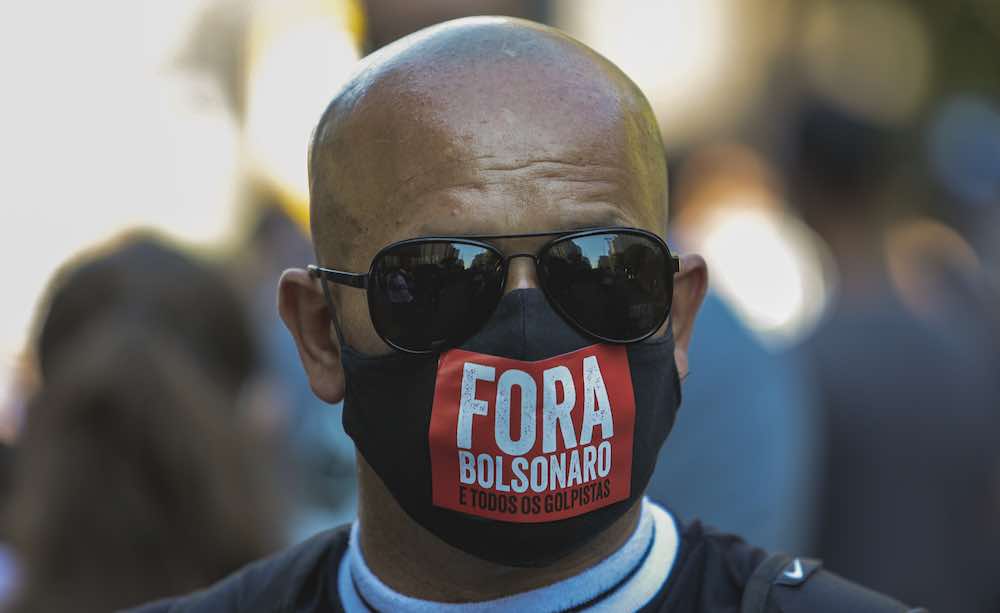 SAO PAULO, BRAZIL – MAY 31: A football fan demonstrator wears a face mask that read “Bolsonaro Out” as clashing with riot police during a protest against President of Brazil Jair Bolsonaro amidst the coronavirus pandemic at Paulista Avenue on May 31, 2020 in Sao Paulo, Brazil. (Photo by Miguel Schincariol/Getty Images)

Reigning Brasileirão and Copa Libertadores champions Flamengo have led efforts to return to action. The Rio de Janeiro club — the most supported in Brazil — took on Bangu in the Campeonato Carioca on June 18th in an empty Maracanã Stadium, only for the championship to be postponed again afterwards. The stadium’s car park, meanwhile, served as a field hospital filled with patients afflicted by the Coronavirus, one of whom reportedly died during the game.

Each club has carried out their own testing for the virus, with Corinthians finding 21 positive results from 28 players in one recent round, underlining just how far away from normality the country is.

“Rio de Janeiro have seen their state league kicking off while São Paulo has shown little interest in putting the players, staff and fans’ health in danger before the crisis has been at least somewhat controlled,” said Corinthians supporter Fabian Flausino.

“It will take some months to get clubs and states in agreement around one countrywide calendar and standard measures so we can get back to a proper return of domestic football.”

On the pitch, Corinthians will be looking to raise their game and push on from last season’s 8th placed finish in the Brasileirão.

Before the coronavirus-enforced break, they were sitting in third in Group D of the Campeonato Paulista standings, behind Red Bull Bragantino and Guarani and five points shy of second — a knockout stage qualification place — with two games left to play.

They were also knocked out of the Copa Libertadores in the second round, losing on away goals to Paraguayan side Guaraní.

“The expectations were low [for this season], due to the antagonistic styles of our coaches from 2019 to 2020, which caused the team to take a while to build chemistry and behave like Tiago Nunes expected,” continued Flausino.

“The defensive system was shaky and the attacking players’ finishing disappointed, causing Corinthians to underperform. With the team having more time to train and build chemistry [coupled with] the recent addition of Jô – top scorer of the league in 2017 – Corinthians now has what it takes to fix those problems and get things going for the remainder of the season.

“Corinthians have kept most of the team’s defensive cornerstones from last season. Cássio [Ramos], Fagner, and Gil are the leaders of this defence and have the experience to give the team the confidence it needs. Luan [Vieira] and [Victor] Cantillo, although recently added to the squad, are the key players in the attack.

“Luan was King of America [South American footballer of the year] in 2017 and has shown flashes he could be the one to lead the attack with his creativity and finishing quality.

“Cantillo is the player Nunes wanted to build from the back and be incisive, needling passes between the lines and speeding up the construction [of the buildup play].

“Nunes showed in his spell at Athletico [Paranaense] that he is capable of building an attractive brand of attacking football. Having time to develop his tactics in a new group of players with different characteristics, I think he will be able to replicate the success he had in his former club.”

One can only look forward to the time when domestic Brazilian football can return proper, unencumbered and without political connotations.

In the meantime, Corinthians will continue to fight on and off the pitch. To walk with faith, because as Gilberto Gil sang, that faith doesn’t usually fail.