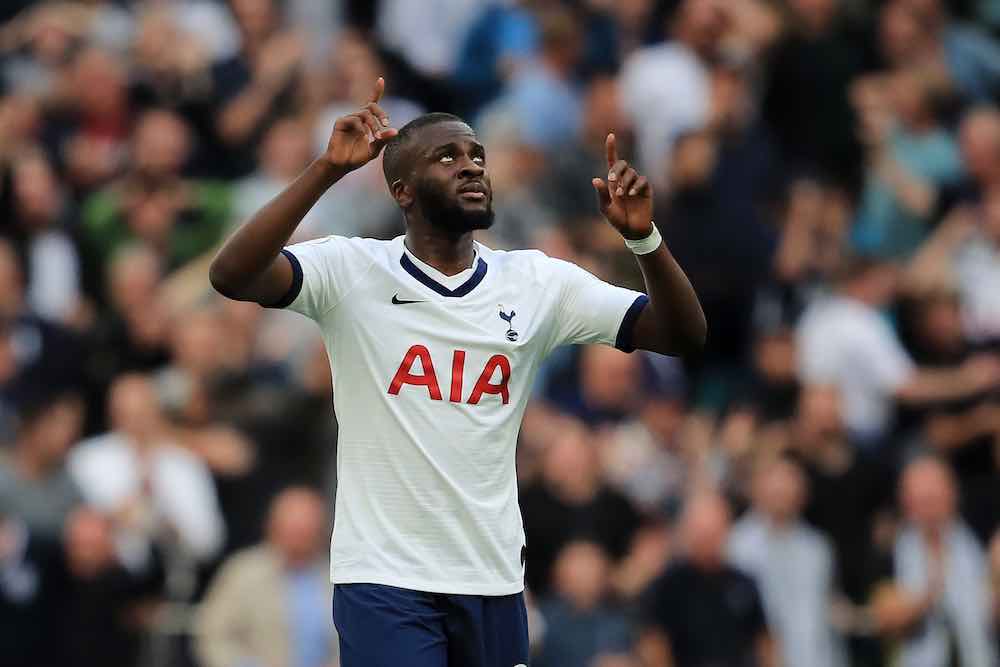 When Tottenham acquired Tanguy Ndombélé for €60m from Olympique Lyonnais in the summer of 2019, Mauricio Pochettino was still manager at the north London club.

The French midfielder was one of the transfer market’s most sought-after signings and was meant to make an immediate impact in the centre of the park. Today he is a leper, on the periphery of the club’s immediate plans — closer to a move away than the heart of its midfield.

As surprising as this may seem, the arrival of José Mourinho and more pointedly, his new assistant manager, João Sacramento, immediately raised red flags regarding the midfielder’s future at Spurs.

During his time at Amiens and Lyon, Ndombélé’s unique skillset was obvious, but so too was his lack of positional uniformity. 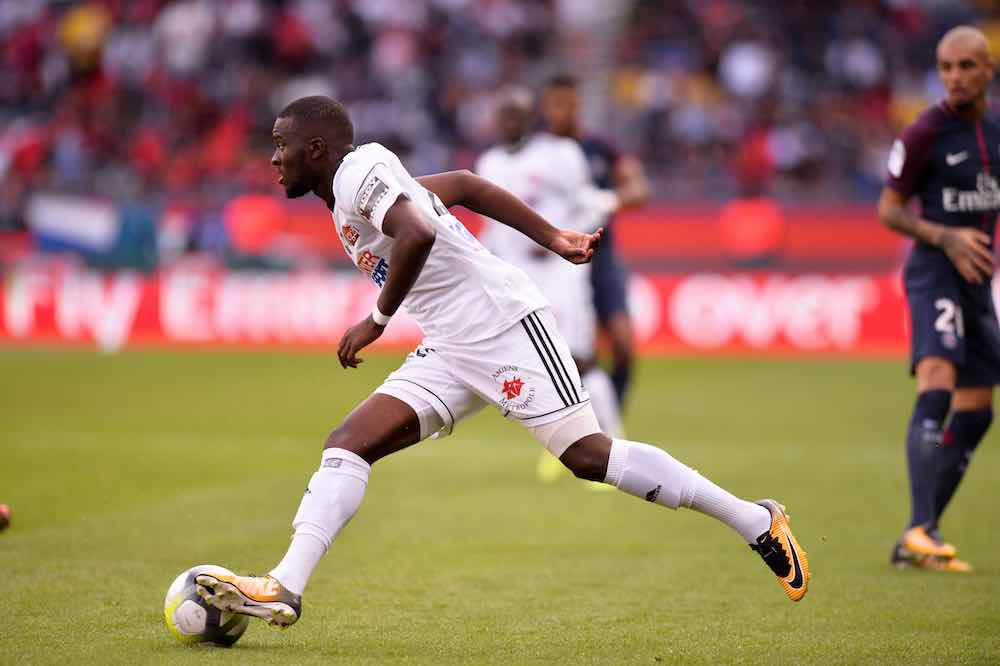 In his standout season at Lyon, the French international was deployed in a double-pivot by then manager, Bruno Génésio, playing alongside Houssem Aouar — the tandem playing behind attacking midfielder, Nabil Fékir.

At times the duo were outstanding going forward; their offensive qualities meshed seamlessly, especially when matched with Fékir’s hard-dribbling style. By-and-large, OL were a possession side. Clubs across Ligue 1 were deferential to their talented collection of players and Aouar and Ndombélé’s jobs were often focused around ball-progression and breaking down medium-to-low blocks.

Ndombélé’s drive and desire to shift the ball forward, whether through his deceptively efficient dribbling ability, or a flashing, line-splitting passing, at times seemed almost obsessive; as if his life depended on it.

It was a trait which drew the attention of many across Europe, including Pochettino, who the Guardian reported back in June 2019, had made Ndombélé his “number one transfer target.”

The coverage in lead up and following Ndombélé’s eventual move to Spurs, painted the then 22-year-old, who was still in the process of developing his game, into a difficult corner.

Some publications compared his acquisition to Liverpool’s purchase of Virgil van Dijk; ignoring the fact that when the centreback left Southampton he was four years older than Ndombélé. What is more, broadly there was a misunderstanding of the Lyon midfielder’s profile — several publications hypothesizing he would be a like-for-like replacement for Mousa Dembélé and put the job of defensive midfielder Eric Dier under threat.

To have watched Ndombélé develop in France was to understand he was not a fully-formed defensive midfielder. In fact, it would have been a stretch to call him a defensive midfielder at all. He perhaps had the physical and mental tools to develop into one, but at the time of the transfer, was never going to be able to fill that role.

At the same time, Ndombélé was emerging as a midfield force in Lyon, six hours north, assistant manager, João Sacramento, was helping to oversee a renaissance at eventual second pace side, Lille.

The northern French club were coming off a destabilizing 2017/18 campaign, in which former manager, Marcelo Bielsa, had flamed out. Sacramento served on the Argentine’s staff, but soon found himself at the right hand of former Saint-Étienne manager, Christophe Galtier.

Galtier rescued Lille from relegation on the pitch, but could do little about its financial situation off of it. Lille had overextended during Bielsa’s tenure – the call of European football leading to inflated spending – and owner Gérard Lopez eventually stuck a deal with the LFP’s financial body, the DNCG, which allowed the club to remain in Ligue 1, but under strict financial controls.

It was beneath this cloud of low-expectation that Sacramento and Galtier would craft one of Europe’s most dynamic counterattacking sides.

Lille had an ace up its sleeve in the form of sporting director, Luis Campos, the brain behind Monaco’s sudden rise to the top of domestic and European football. Campos’s recruiting, being what it was, packed the roster with a group of dynamic forwards and functional defenders. 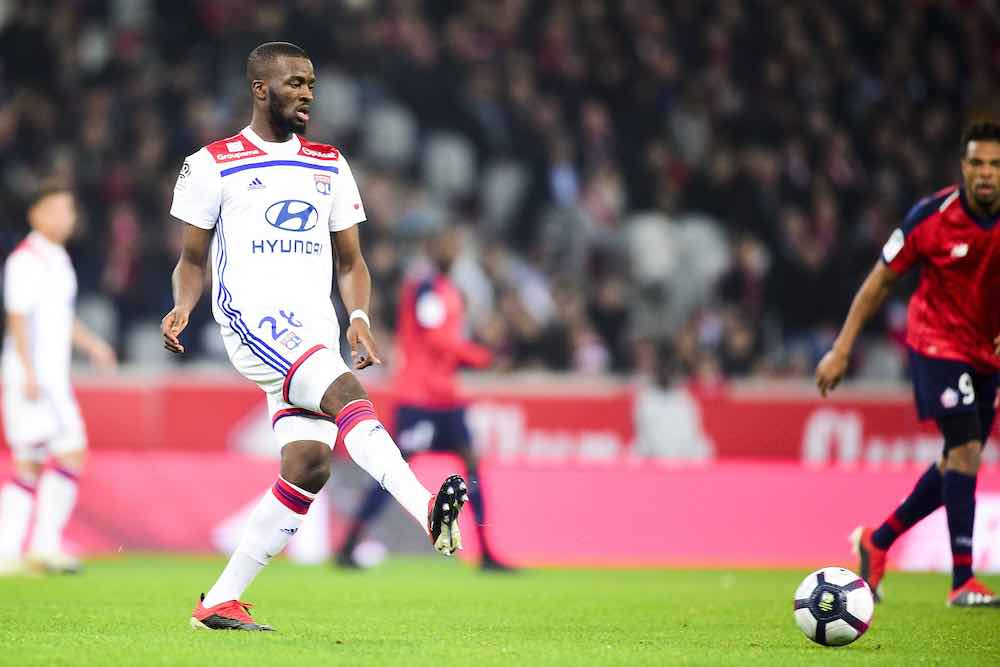 While Lyon were possessing teams to death, Lille were happy to cede ownership of the ball, sit back in a rock-solid 4-4-2 medium-to-low block and annihilate its opponents on the counter. Nicolas Pépé, Jonathan Ikoné, Rafael Leão and Jonathan Bamba became the stars of the show, but behind them was a pair of highly-functional and hard-working midfielders – generally taking the shape of Thiago Mendes and Xeka. The latter could be qualified as a destroyer: The Portuguese had energy to burn in the defensive phase and for that reason added little to the blistering counterattack.

The former, meanwhile, was quietly the lynchpin of Lille’s attack. Mendes’s job was to make the first pass – releasing an attack he rarely joined. The Brazilian, despite nominally playing a more advanced midfield role, was seventh on the team in attacking third touches; he averaged merely one pass into the penalty area per match; he scored zero goals.

As Lille were entering its stride, Mourinho began to make frequent appearances at of the club’s home, Stade Pierre Mauroy. The Portuguese manager had a relationship with Campos from their time at Real Madrid, but the more he appeared in northern France the more it seemed evident he had an affinity for Lille’s playing style.

It made sense. Mourinho’s version of counterattacking football had grown stale during his previous management role at Manchester United and Sacramento’s system represented an updated version on the old classic. Therefore, when it came time for Mourinho to take over at Spurs, it was unsurprising to many, that he would go on to poach the 31-year-old, assistant manager from Galtier’s staff.

Prior to Moutinho and Sacramento’s arrival at Tottenham, Ndombélé’s career at the club had gone anything but smoothly. Unable to stave off injury, questions swirled around his fitness — intensifying as he struggled to find a role for himself in midfield.

Nonetheless, Pochettino had worked to incorporate him into the side. There was a dearth of talent in the Spurs midfield and folding in the club’s most expensive signing, at least from the outside, seemed to remain a top priority. 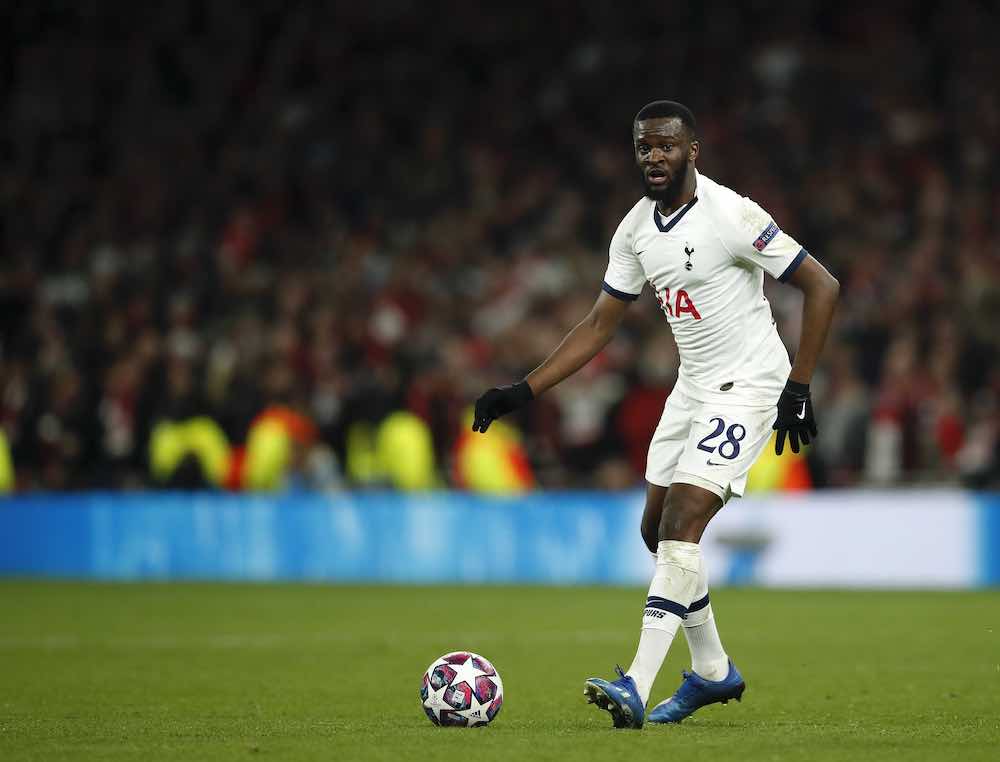 This changed with Mourinho. In Sacramento’s system, it is easy to see a player with Ndombélé’s unique skillset as a luxury. He’s not a number ten, he’s not an outright eight and he cannot play as a lone six. He does not possess the energy of Sacramento’s former midfield destroyer, Xeka, nor would he be utilized effectively in that position. And while his passing range and ability to maintain possession is exemplary, it’s less functional in a strictly counterattacking system where his defensive frailties are exposed.

Sacramento’s Lille scored the third most goals in Ligue 1, but were eighth in shots, sixth in attacking third touches, eighth in overall possession, near the bottom of the league in attacking third pressures and were below mid-table in PPDA. In short, his system was not one of a high-pressing, high-possession side.

What is more, as dynamic as Lille were in 2018-19, the club struggled in the early stages of the 2019/20 campaign. Across Ligue 1 clubs had deciphered their attack and forced LOSC to engage in possession football. It took Sacramento departing for Galtier to remake his offence — shifting away from the 4-2-3-1 shape to a 4-2-2-2 formation and bringing the more versatile Renato Sanches into the centre of the park for the club to finally look potent.

Even if Tottenham are able to master Sacramento’s evolved counterattacking system and Spurs begin to thrive, those within the club, presently seeking to offload Ndombélé, would do well to take a lesson from Galiter and Lille. Talents like Ndombélé do not grow on trees.

To fit Ndombélé into Mourinho’s new system was always going to be a challenge and require a great deal of flexibility. Flexibility which has yet to come.