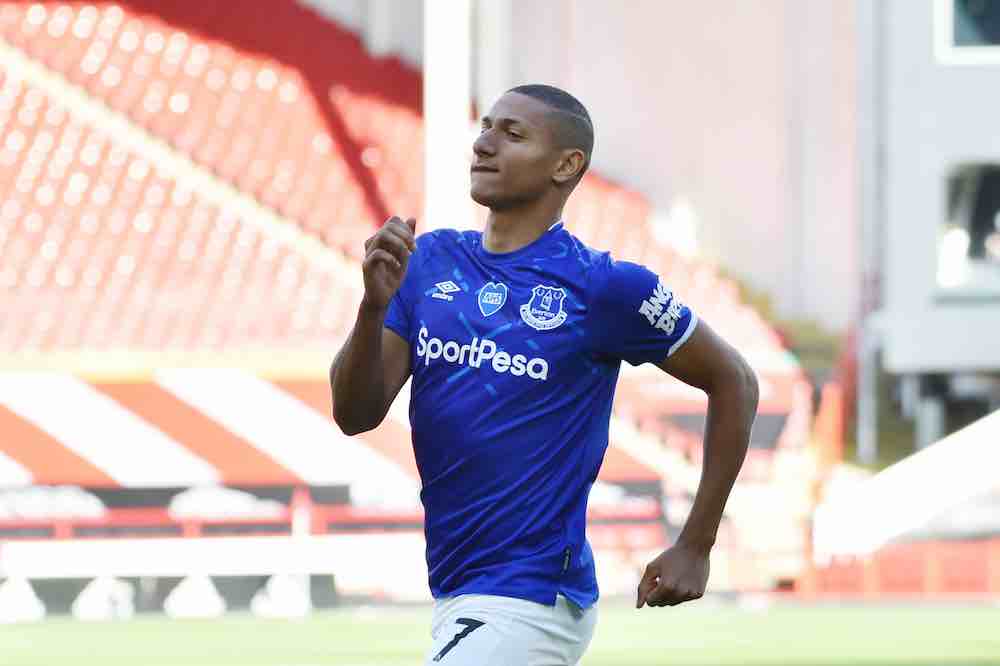 An excellent Richarlison header sealed three points for Everton in South Yorkshire on Monday evening as they beat Sheffield United by a goal to nil.

Everton have endured a difficult Premier League campaign that they will be glad to see the back of, but they restored a little bit of pride with an improved performance. Sheffield United, by comparison, were toothless in attack and continued a disappointing end to what has been an excellent first campaign back in the top flight.

Part of Everton’s improved showing has to do with a formational change. Richarlison pulled out wide left instead of his usual role as Dominic Calvert-Lewin’s strike partner, while Gylfi Sigurðsson returned to his preferred No. 10 position ahead of André Gomes and Tom Davies.

This system benefited Gomes in particular, with the Portuguese putting in his best performance since the restart by some distance, having the time and space to showcase an expansive range of passing, but it took time to bear fruit. 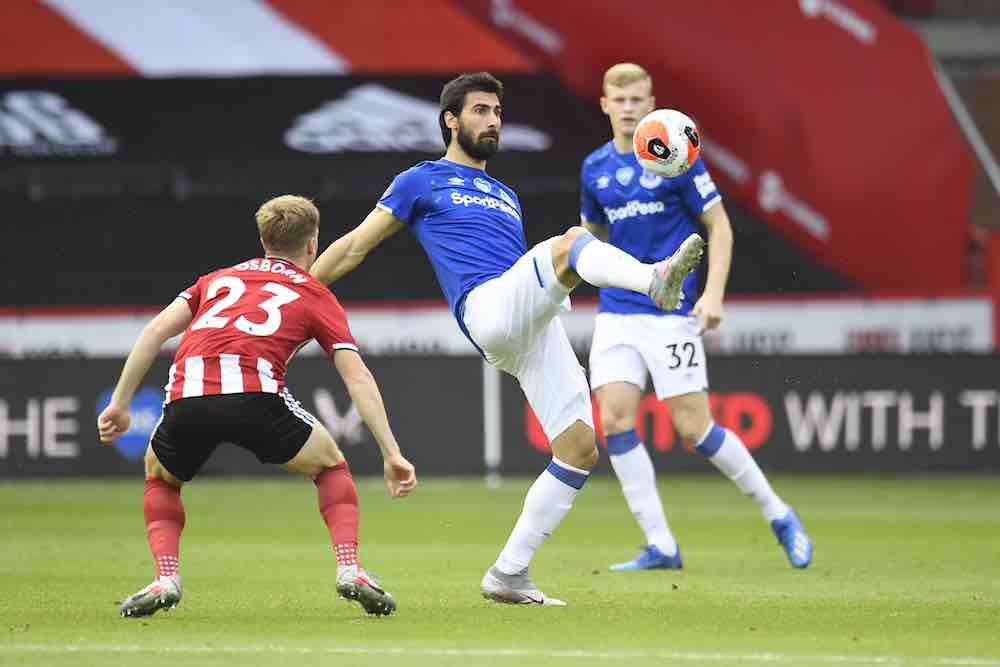 Gomes created one of the first interesting moments in an opening period devoid of incident. He won the ball in the middle before pushing out to the right side and dropping a well-placed ball into Calvert-Lewin, only for the English striker to miscontrol the pass and see his potential effort on goal scuppered in its nascence. In truth, both sides were well-organised and evenly matched in the first half, with neither able to impose themselves on a turgid affair.

The first real chance of the game came minutes before half-time. Sigurðsson’s corner led to Theo Walcott creating space for himself on the right wing before firing an excellent cross across goal to find Calvert-Lewin, but his header rattled the near post and bounced away from imminent danger.

Moments after the second half began, however, Everton finally had their noses in front. Sigurðsson was once again involved, sending a well-placed free-kick to meet Richarlison in the air, with the Brazilian forward expertly guiding a long-distance header past Dean Henderson and into the back of the net.

Calvert-Lewin came close again, winning possession before jinking to create the space to fashion an effort only to draw a save from Henderson, but the game never really caught fire in the second half.

United upped the tempo and pushed for an equaliser, but never threatened Jordan Pickford’s goal with anything of sincerity — an honourable mention must go out to Everton’s 18-year-old Jarrad Branthwaite, filling in for an injured Mason Holgate, who performed with clarity and grace at centre-half.

Chris Wilder will be disappointed to see United’s season culminate in this manner, with the result all but ruling out any chance of qualifying for the Europa League. Of integral importance for his side will be replicating a stellar performance next season and proving more than a one-season wonder.

Carlo Ancelotti will be pleased with the improvement shown by his charges but will know that one victory changes nothing. If he wants to propel Everton back into Europe, he, alongside Director of Football Marcel Brands, will need to turn to the summer transfer window to strengthen.