Sigurdsson On The Spot To Keep Everton In Race For Europe – Everton 2, Leicester City 1 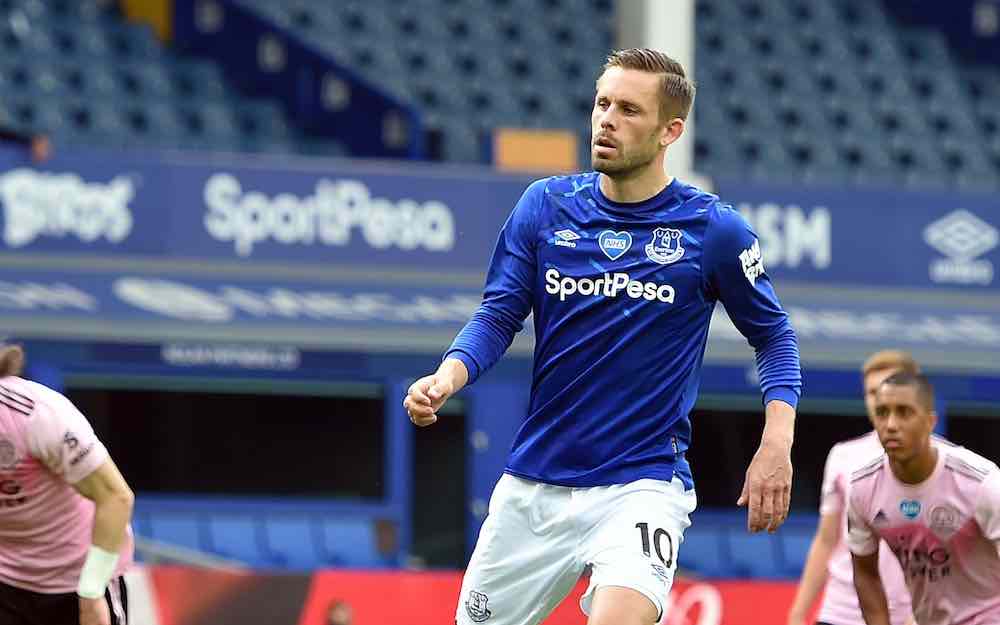 Tactical intelligence got Everton over the line on Wednesday evening. Smart changes from coach Carlo Ancelotti enabled them to hold on for a 2-1 victory over Leicester City at Goodison Park – Richarlison and Gylfi Sigurðsson sent the hosts into the break with a two-goal lead, while visiting substitute Kelechi Ịheanachọ scored after half-time.

The result means that Everton move level on points with Sheffield United and just one behind Burnley and Tottenham Hotspur, giving their hopes of a late European push renewed impetus. For Leicester, it means they lose valuable ground in their race for Champions League football, with Chelsea just a point behind them and Manchester United and Wolves three. 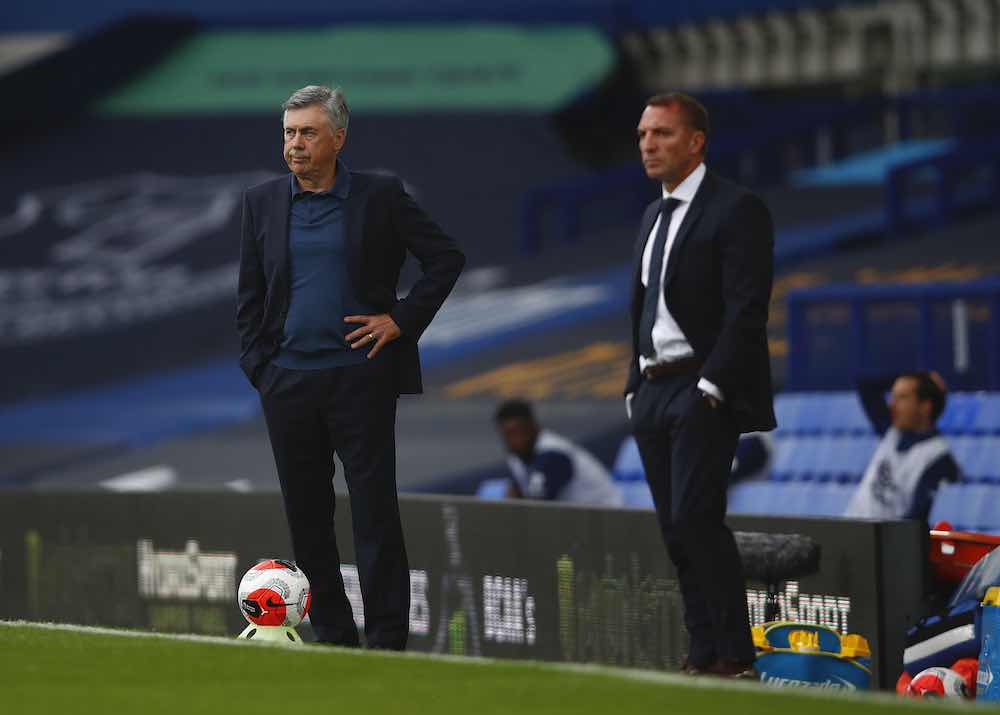 Minutes later, they doubled their advantage. Digne whipped in a free-kick that Wilfred Ndidi handled in the box, earning Everton, remarkably, their first penalty of the season after a lengthy VAR review. Sigurðsson stepped up and calmly converted, rolling the ball to the left side of goal and sending Schmeichel the wrong way.

Everton’s fluid front four, laden with pace, offered a genuine counter-attacking threat. Gordon and Alex Iwobi drifted in from each flank, while Dominic Calvert-Lewin served at the apex with Richarlison periodically falling behind to link the play. Leicester didn’t play poorly. They moved the ball well and created openings, only to be thwarted time and time again by a proactive defence.

Five minutes after the break, however, Leicester pulled one back. Youri Tielemans dropped a high pass into the box that Holgate failed to deal with, losing his battle with Jamie Vardy. The ball fell to Ịheanachọ, only for Holgate’s attempted clearance to ricochet off the forward and over the line.

James Maddison had come on at half time and offered his team something different, moving between the lines and creating opportunities with his incisive forward passing, and Leicester began to really test Everton, aiming to find their range from distance and almost equalising when Jordan Pickford fumbled on the line only to be saved by the impressive Michael Keane. The English centre-back is really at his best in back-to-the-wall situations as opposed to playing with a higher line, superb at defending his penalty area and winning aerial duels.

Earning his corn, Ancelotti made important changes to counteract this threat. Tom Davies and Yerry Mina took to the field to operate as, respectively, a sitting midfielder and a third centre-back. Gordon was instructed to tuck in to create a diamond midfield system, narrowing the middle of the park while playing five across the back.

Calvert-Lewin, a forward blessed with remarkable levels of fitness, was tasked with occupying possibly the best centre-back pairing in the league in Johnny Evans and Çağlar Söyüncü, performing admirably.

The changes in system stemmed the pink tide, and helped Everton see out their victory with a degree of comfort unthinkable in the early stages of the second half. They will once again take comfort in the experience and ability of their manager, while Leicester will begin to look over their shoulders with a degree of trepidation.