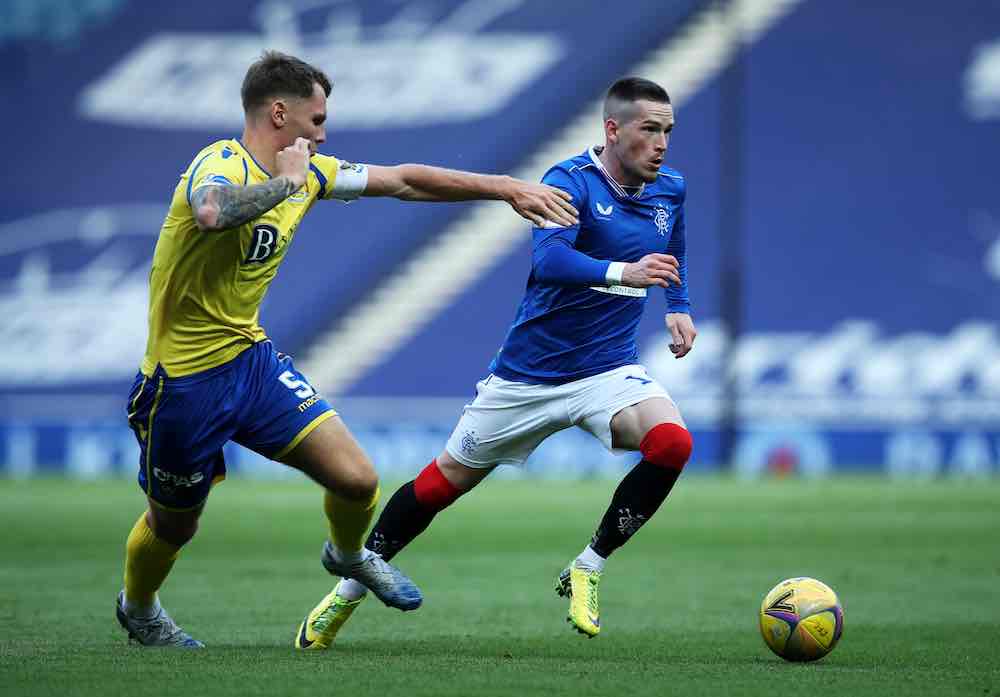 After a five-month break, Scottish Football has finally returned to warm our hearts. Well, at least the top flight has. Any port in a storm, I suppose.

After a summer of build-up, most of it concentrated on the Hearts and Partick Thistle court case, we were back in action at 12.30 on August 1, huddled around our TV set to watch the new season get underway.

After about 10 minutes of it kicking off, we soon realised it would be very much the same as the last. That first weekend didn’t show anything more than we already knew.

Highly rated Aberdeen defender Scott McKenna can be somewhat unsure about his defending position. Rangers played great in the first half with a good goal by Ryan Kent, thanks in no short part to the two Aberdeen centre backs playing a mile apart and leaving the middle of the pitch wide open to arguably Rangers fastest player.

The second half was dull and, apart from some questionable refereeing, nothing else happened.

Elsewhere on the first weekend back, Dundee United welcomed their return to the top flight with a 1-1 draw against St Johnstone. In a game that I think Micheal O’Halloran was desperate to get away from after he had 3 challenges in the first half that lead to him being sent off on the stroke of half time.

Meanwhile, in Leith, Hibs beat Kilmarnock 2-1 in a game where goalkeeping was more an idea than a reality. Killies keeper, Jake Eastwood, on-loan from Sheffield United and who had only just signed for the side a few days before, came rushing out from his box, completely missed the ball and left the goal wide open for Australian international Martin Boyle to slot home his first of two goals. The ever-young Chris Burke scored a wonderful free-kick to half the difference but it wasn’t enough.

The only other Saturday game saw Livingston travel to Paisley to take on a good-looking St Mirren side. St Mirren came out on top thanks to a Richard Tait header in the first half, other than the goal though the game was fairly quiet leading to both managers to say more intensity would be needed from their players.

On Sunday, we got to witness Celtic launch their claim to be champions again at home to Hamilton. It was a game that, in all honesty, we knew the outcome to before it kicked off. The 5-1 victory showed Celtic’s attack at its very best and with Odsonne Edouard bagging a hattrick and showing why he is simply the best player in Scotland.

The Celtic full-backs, Frimpong and Taylor looked amazing. The midfield with Christie and McGregor pulling the strings look as strong as ever. However, Celtic’s problems lay at the back, as they have done for the past few seasons. Kristoffer Ajer and Christopher Jullien are both ball-playing centre-halves, so when they get a physical challenge you do start to worry, especially with Jullien.

Ajer whose links with a move to AC Milan never seem to go away, is a very promising centre half, his problem at the moment is both he and his partner at the back keep playing the same balls, which in turn leaves them open.

We saw again today that Christopher Jullien can struggle defending 1v1 near the touchline, or with space behind him.https://t.co/tUvrpnKAI6

The opening weekend was closed by Ross County and Motherwell in a Monday night game. It was a game that won’t live too long in the memory thanks to it being settled early in the game down to a County penalty. It was a game of little chances and the much-changed Motherwell side struggled to leave their mark on the match. But, with Motherwell’s promising youngsters it shouldn’t be too long until they click into gear.

As with Scottish football the action on the pitch is only ever matched by the action off it. This opening weekend was no different. First, we have after the Aberdeen Rangers game eight senior Aberdeen players going out after the match in a busy restaurant in the town. This led to two of the players testing positive for Covid-19 and therefore all eight had to go into a two-week isolation.

Elsewhere, though, things were stranger. At Celtic, after the Hamilton win, boss Neil Lennon gave his players two days off. All stayed in Glasgow apart from left-back Boli Bolingoli who flew to Spain on the Monday morning and flew back on the Tuesday evening.

No one knows why but he failed to tell the club and failed to isolate himself. This led to Scotland’s First Minister stating that if any footballer messed up again the game was be stopped in Scotland for now.

So welcome back Scottish Football. Oh, how we’ve missed you.