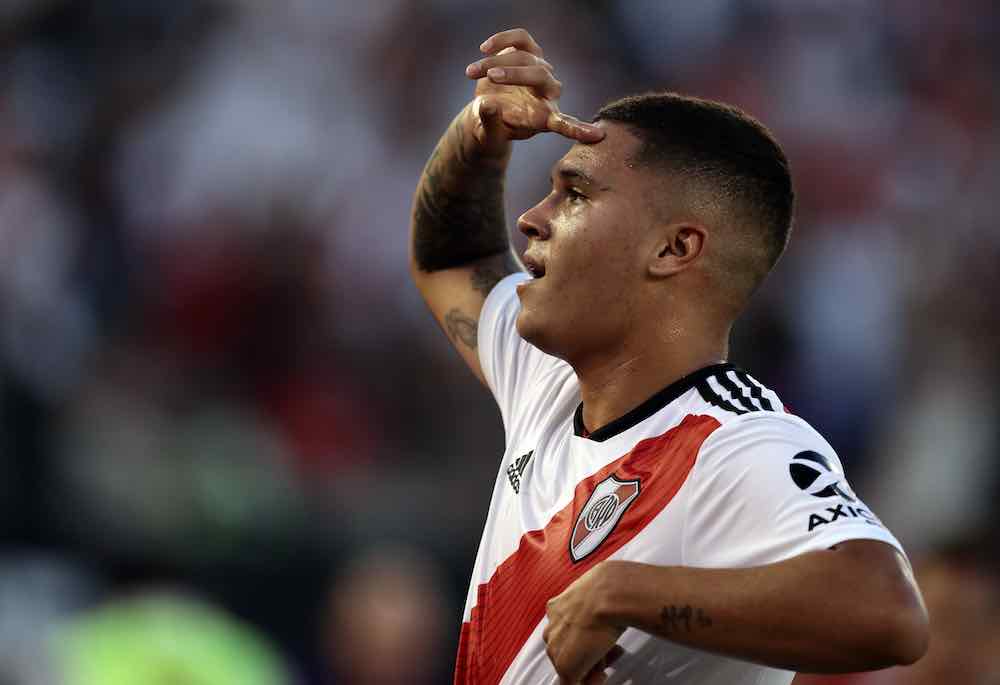 Colombian playmaker Juan Fernando Quintero has decided to accept a multimillion-dollar offer from Chinese side Shenzhen, bringing an end to his glorious two and a half years at River Plate.

On Thursday he flew to Miami where he intends to take a break and train alone before flying to Asia.

He arrived in Buenos Aires in January 2018 on loan from FC Porto. His magical left foot lit up Argentine football so quickly that River decided to exercise the buy clause in the deal very early.

His rise in form was so sudden that he came from nowhere to displace others in Jose Pekerman’s estimations and win a place in Colombia’s squad for the 2018 World Cup.

Once on the global stage, Quintero proved his worth by slotting a beautiful free kick under a Japanese wall and bringing the 10 men level, even though they would eventually fall 2-1 in their first game.

Back in Buenos Aires, the most glorious chapter of his career was about to get underway as the knockout phases of the Copa Libertadores began.

Quintero scored a critical goal to help River past Independiente in the quarter-final, and after they eliminated Grêmio in dramatic fashion, the unthinkable had become a reality — Boca Juniors and River Plate would go head to head for the title of South American champion for the first time.

The tie was closely fought for 210 minutes, but with 12 minutes remaining in Madrid, Quintero managed to score the key goal from the edge of the area and tip the balance decisively in River’s favour.

Many argue it was the most important goal in the history of club football.

The eternal glory was River’s, and the Colombian had found his way into the club’s folklore less than twelve months after arriving.

In the months that followed that seismic moment his fitness and form peaked. He scored an astonishing long-range free kick versus Racing Club which would later be nominated for the Puskas award.

One month later, in March 2019, his career took yet another unexpected turn when he ruptured his circulate ligament in a league game vs Independiente.

He spent seven months on the sidelines, and when he returned in October his fitness was naturally way behind his teammates’.

From then on he played a bit-part role, a period of making short cameos from the bench awaited. Quintero was now an awkward misfit, unable to keep up with the relentless intensity that Gallardo demands from his team without the ball. The Millonario coach never started him in a crucial game again, and he watched the 2019 Copa Libertadores final against Flamengo slip away from the bench.

Technically superior to almost every other footballer in Argentina, he continued to show glimpses of quality that would keep richer foreign teams captivated.

Reports of lucrative offers came up almost monthly in the Argentine press, but he seemed uninterested in 2019.

During the Coronavirus lockdown, when Argentine sides didn’t even train for five months, he spent time back in his native Medellin. While there, he seemed to have a change of heart about his future.

Now getting close to his 28th birthday, the talented No. 10 seemed determined not to miss the boat and take the next available opportunity to earn a fortune way beyond what he could dream of in South America.

Shenzhen came in with an offer reportedly worth $15m USD over three seasons (according to newspaper Clarin) and he requested a transfer.

The clubs negotiated and eventually settled on a fee worth around €9m after tax.

And so he leaves. The elusive mercurial talents of Medellin’s finest will now be appreciated by an oriental fanbase for the first time.

His time at River Plate is over but the memories of his flicks, tricks, and free kicks will be cherished forevermore. And his goal vs Boca Juniors at the Bernabéu on 9 December 2018 will continue to be the best legacy any River fan could ever wish for from any player.

Loading...
Newer Post
The Making Of Josef Martinez: “I Noticed Him In A Matter Of Seconds”
Older Post
CanPL: Cavalry FC Coach Tommy Wheelon Jr Confident Ahead Of “Poker Match” vs York9