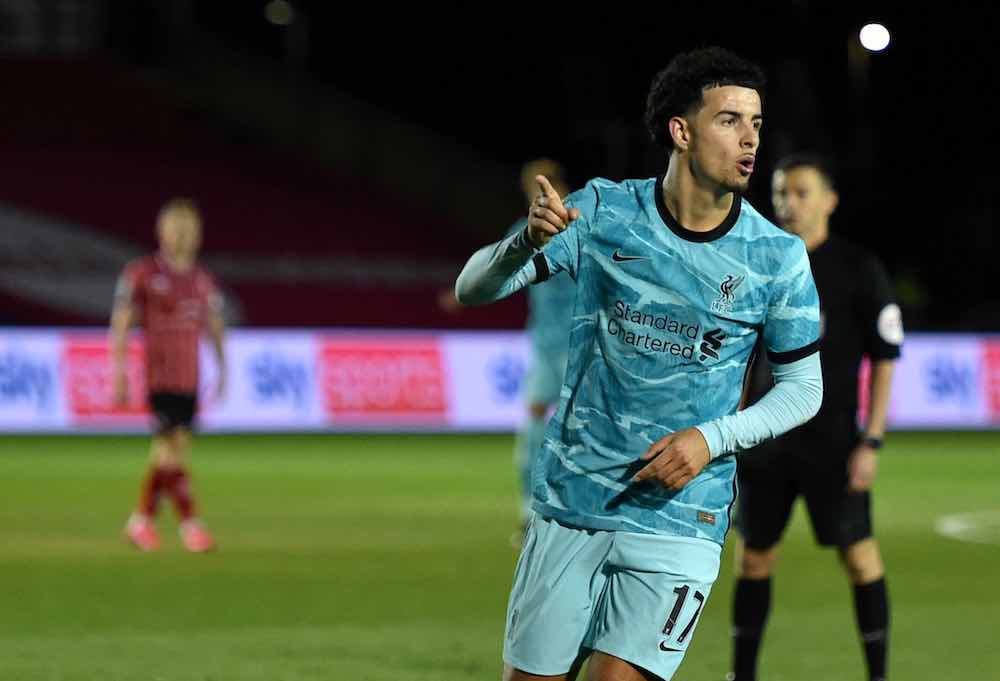 Liverpool made ten changes from their Premier League victory over Chelsea but still outplayed Lincoln City in the EFL Cup on Thursday.

Jürgen Klopp brought a few U23s for the clash, but it was still a relatively experienced side containing the likes of Xherdan Shaqiri, Divock Origi, Takumi Minamino, Marko Grujic, Kostas Tsimikas, Adrian, and the only player who remained in the side from the Chelsea game, Virgil van Dijk.

The German manager will have been pleased as his side romped to a 7-2 victory over the League 1 club thanks to goals from Shaqiri, Origi, Gruijic and braces from Minamino and academy graduate Curtis Jones.

One Eye On The Future 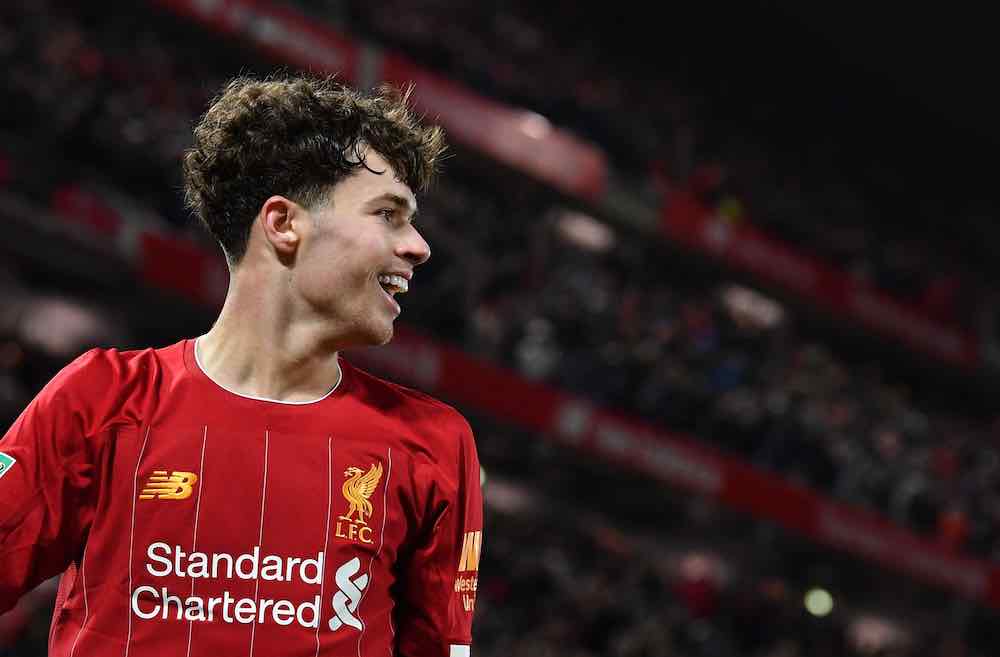 It has been a busy week for Liverpool with the signings of Thiago Alcantara and Diogo Jota finalised last weekend, but the club’s academy players, such as Jones, Rhys Williams, Neco Williams, and Harvey Elliott, showed Klopp what they can offer his side.

The Liverpool boss had previously spoken about his desire to build a squad from the academy, and after this latest performance, his words seem to have hit home amongst the current crop of youngsters.

“The dream is to have a team full of Scousers. What we want to be is the sport for everyone with a scouse soul”

While Jones was the only born and bred Liverpudlian in the side, there were good performances all over the field.

Jones earned the Man of the Match award and was described by his manager after the game as an “exceptional talent”.

The young Scouser is one of the club’s top academy prospects and is expected to feature in the first team this season with the club set to challenge on all fronts.

Neco Williams, 19, impressed at right-back and is considered back up to Trent Alexander-Arnold this season. Another player who caught the eye was 19-year-old debutant Rhys Williams (no relation). The Preston born centre-back put in a solid display playing a vital role in Jones’ first goal. His 30-yard diagonal ball found Origi who nodded the ball down for Jones to curl a shot past Alex Palmer in the Lincoln goal.

17-year-old Elliott was also given a runout. Although he was quiet in the game, he is regarded very highly by the Anfield coaching team and will no doubt feature more for the first team as he develops. 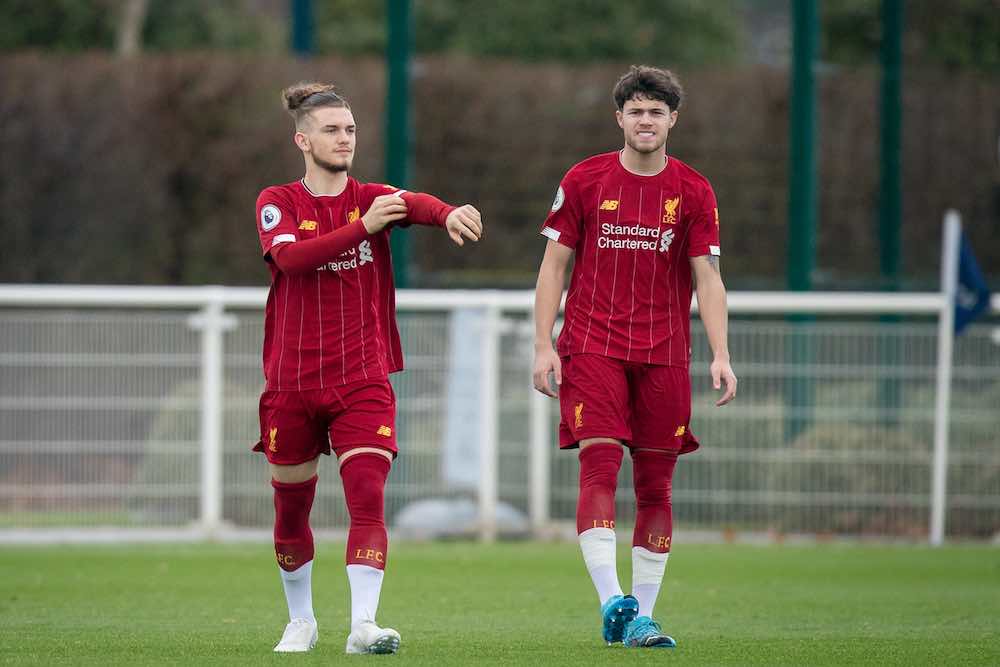 The club is in a good place right now, and that seems to run right through from the academy up to the first team. Klopp and his assistant Pepijn Lijnders, along with the rest of the coaching staff, have closed the gap between the academy and the first team.

Liverpool fans have been longing to get more of their academy players into the first team, and while players need to earn the right and possess the talent to do so, last night’s game will go a long way to reassure supporters that the clubs future looks bright.

Klopp has brought players such as Jones and Neco Williams into the fold over the last year and will quickly point to Alexander-Arnold as the perfect success story for the club’s academy. Alexander-Arnold has seen his stock rise at an exponential rate and is now considered one of Europe’s best full-backs.

Despite the Anfield club’s ability to produce some incredible players from their own academy, not every talent has had the opportunity to push for a first-team place.

No Room for Brewster

Rhian Brewster, 20, could leave Anfield this summer and fans are disappointed that one of the clubs best academy graduates may end up heading for the exit.

Brewster was omitted from the tie with Lincoln and his future now looks to be away from Anfield – for the moment at least — a disappointment to fans who thought he would challenge for a place in the first team.

Brewster has been interesting several Premier League clubs, with Crystal Palace leading the race for his signature. The South London club are preparing a bid believed to be in the region of £25m, an initial fee of £19m is being reported with add ons of up to £6m. It is also believed Liverpool want to include a buy-back clause of £37m.

Liverpool believe Brewster to be good enough for the first team but with Roberto Firmino, Mohammed Salah and Sadio Mane in such fine form, and backup forwards Minamino and Origi alongside new signing Jota, opportunities will be few and far between for the young Englishman.

A move away to gain experience with the potential to bring him back to the club at a later date would suit both club and player at this time.

Brewster rose to prominence whilst playing for England at the under-17 World Cup in 2017, picking up the golden boot with 8 goals. From that point on he had been touted to follow in the footsteps of club legends Michael Owen and Robbie Fowler.

Brewster had a fine season on loan last year scoring 11 goals in 22 appearances for Swansea City as the Welsh club pushed for promotion. The Swans lost in the play-off semi-finals but Brewster’s performances were key in getting the club that far.

Unfortunately for the London born striker, injuries and the form of Liverpool’s prolific front three has limited his playing time with the Premier League champions.

He has only made four appearances for the Reds’ first team, the last came as a substitute in last month’s Community Shield. Brewster missed a penalty in the shootout in that game as Arsenal went on to lift the season’s first piece of silverware.

That could be the youngster’s last contribution in a red shirt, but no formal offer has been made and he remains a Liverpool player for now.

Jota’s arrival for £45m would have come as a blow to Harry Wilson. The 23-year-old was an unused substitute in Thursday night’s game against Lincoln and it now appears he is quite far down the pecking order at Melwood.

Wilson had impressed during two loan spells away from Anfield in recent years and with Burnley holding talks with Liverpool over signing the player, his time on Merseyside seems to be at an end.

Wilson played for Frank Lampard’s Derby County in the 2018/19 Championship campaign, becoming vital in the club’s promotion push. The Welsh winger netted 15 times, creating 3 goals in 40 appearances for the Rams ending the season as the club’s top scorer.

He spent last season on loan at AFC Bournemouth where he made 31 appearances, scoring 7 goals. His performances for the Cherries made him one of the club’s better performers in what was a tough season for the relegated club.

Wilson’s talent and ability at set-pieces set him apart at the Vitality Stadium and many Liverpool fans thought he would be given a chance when he returned.

This appears not to be the case with a bid of £15m from Burnley a real possibility now.

Wilson will want to be playing first-team football ahead of next summer’s European Championships as he aims to remain part of Ryan Giggs’ Wales squad.

A move to Burnley will see him become a valuable asset for Sean Dyche and excite fans of the Lancashire club who will be eager to see him at Turf Moor.

Klopp may be willing to let these players leave in this transfer window but fans will hope both players remain. Brewster and Wilson have earnt the right to at least challenge for the first team in some supporters eyes, especially after their impressive loans, but if either deal contains a buy back clause then the deals will be seen as good business for all parties involved.