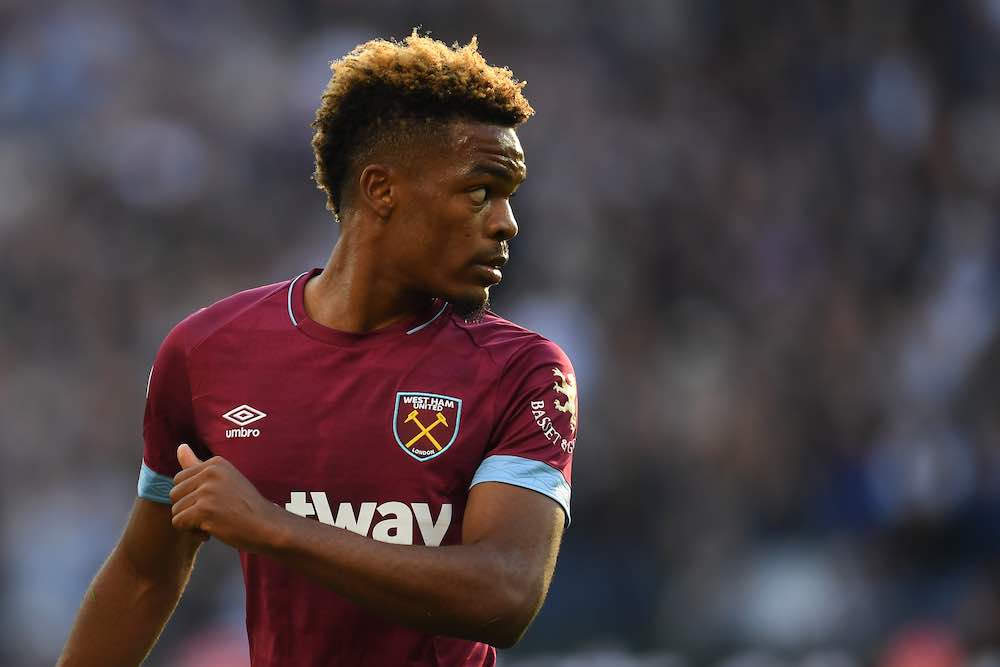 As the Premier League runs headlong into its new normal, an eery status quo hovers over the streets of east London. Tumult is standard for supporters of West Ham United, a feeling that has only intensified following the club’s stadium migration four seasons ago.

The latest Twitterstorm to engulf the East End relates to the decision to authorise the sale of Grady Diangana to divisional rival West Bromwich Albion. Diangana, a 22-year-old Academy of Football graduate, had been expected to break into the first team at the London Stadium this season. Instead, the fleet-footed winger has returned to the West Midlands for £18m to don the stripes of Slaven Bilić’s buoyant Baggies.

Diangana is the latest forward to exit stage left, joining Albian Ajeti and Jordan Hugill in the West Ham departure lounge. The decision to part company with three offensive players without making sufficient progress in signing a replacement has left many West Ham fans shouting into the void on social media.

The club’s boardroom trifecta – David Gold, David Sullivan, and Karen Brady – had promised to take the east London outfit to the next level upon its arrival in Stratford. At Upton Park’s closing ceremony, club captain Mark Noble famously proclaimed that the days of West Ham being operated “like a circus” had ended.

The reality facing post-coronavirus West Ham is an altogether different proposition. Incumbent boss David Moyes has twice been installed mid-season to keep the Hammers in the top flight, Manuel Lanzini has failed to fulfil his potential and the feel-good factor that surrounded the club in 2016 has vanished altogether.

Diangana’s departure leaves West Ham lacking offensive talent. The indomitable Michail Antonio aside, few of West Ham’s attacking options should reminisce about the 2019/20 season in glowing terms. Sebastian Haller struggled to adapt to life as a lone-striker in the Premier League, while the flair that once embodied Felipe Anderson’s play seems to have disappeared.

Given West Ham’s narrow escape from relegation, the decision to sell a promising left winger to a potential relegation rival becomes all the more puzzling.

Following the Hammers’ preseason victory over Ipswich Town, Haller spoke optimistically about the prospect of building a positive relationship with Diangana.

“We can feel satisfied about the result,” Haller told West Ham TV.  “Of course, we still have some work to do, but it’s important to start with good standards and to perform as a team. We need to perform our individual duties, so it was nice to score three goals. It is my job to score and we believe we can do better.

“It’s nice for us to have a kind of player like Grady. Everyone knows the quality he has and then he went on loan to West Brom and everyone knows he performed pretty well. We are all happy to have him here and we are going to try to use his quality and strength, me most of all.

“Hopefully he will be giving me even more assists in the future!” 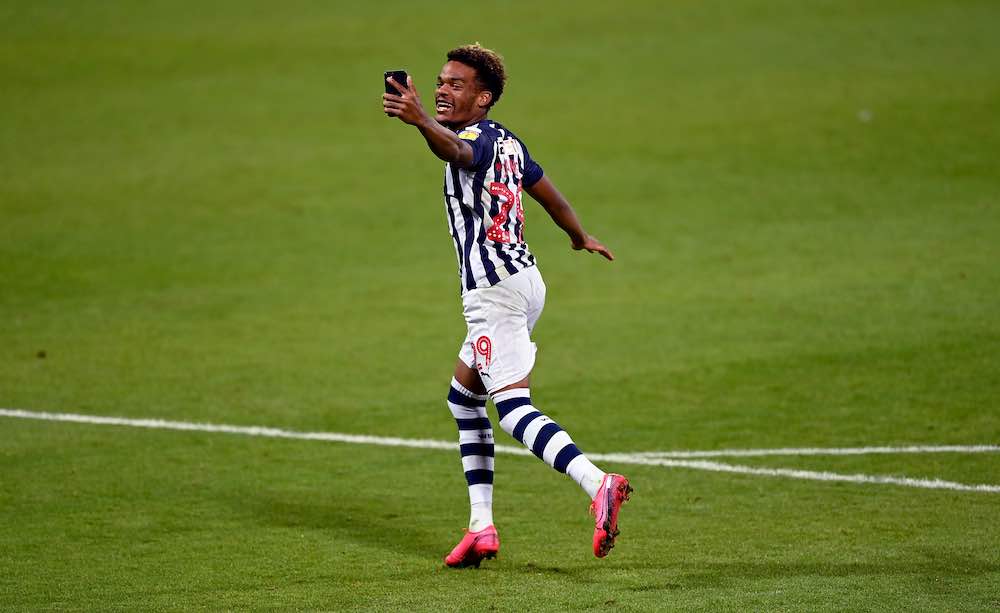 At the end of last month, The Athletic asked if the Premier League was ready for Diangana’s arrival, noting that the young Englishman’s presence in east London would “feel like a new signing.” Instead, his departure leaves West Ham bereft of squad depth just days ahead of the start of the new Premier League season.

If Pablo Fornals is the answer, what is Moyes asking?

Diangana’s exit leaves West Ham especially thin on the ground on the left flank. Anderson, previously a club-record signing, has struggled since moving to the Premier League for £36m in 2018. In 61 league appearances for the east London club, the former Lazio star has contributed 10 goals and three assists.

Given the Brazilian’s reduced output, it is unsurprising that Moyes has previously handed Pablo Fornals opportunities to play on the left side of midfield. The Spaniard – a two-time international – made 36 Premier League appearances during his debut season at the London Stadium.

The 24-year-old, however, is a classic attacking midfielder. Fornals, who played in a central role throughout his time in La Liga, is a sticking-plaster solution on the wing. The Castellon-born midfielder lacks the raw pace to beat his adversaries on the dribble and is uncomfortable when crossing from wide areas.

Given Haller’s desire to play alongside a strike partner, or at least near an attacking midfielder, deploying Fornals on the left is an imperfect solution for West Ham.

The Hammers’ other wide options are equally unsuited to playing on the left. Andriy Yarmalenko’s preference to cut inside from the right is well-known, while Arthur Masuaku and Lanzini have fallen out of favour at the London Stadium. Likewise, academy prospect Nathan Holland is unlikely to be given a chance in the first team.

January arrival Jarrod Bowen is among the first names on Moyes’ team sheet; his selection on the right side of midfield is no longer up for debate.

With West Ham prioritising defensive targets this summer, it seems unlikely that the club will venture into the transfer market before the start of the season. As a result, one of Fornals or Anderson will begin the campaign on the left flank; the ramifications of which remain unclear.

By the end of last season, Moyes had settled on an attacking unit comprised of Bowen, Noble, Fornals, and Antonio – a combination unsuited to making the difference in the transition. Diangana’s introduction to the first team would have changed the dynamic of West Ham’s attack.

Unlike many of his former teammates at the London Stadium, Diangana is at his best when asked to beat his opposite number one-on-one. The 22-year-old has the speed and skill required to change the course of a match on his own accord.

In a match against Huddersfield Town last September, Diangana weaved between five players, and eventually provided an assist to Matt Phillips. The youngster’s virtuoso contributions secured West Brom three points and announced his arrival as a genuine prospect. Diangana’s departure has been interpreted as a devastating blow in east London.

Jack Wilshere: ‘Do your thing in a club that respects you’

“As captain of this football club,” Noble wrote on social media, “I’m gutted, angry and sad that Grady has left.”

As captain of this football club I’m gutted, angry and sad that Grady has left, great kid with a great future!!!!! https://t.co/oNPPEp8Pt6

Jack Wilshere took to Instagram to wish Diangana well, instructing the Baggies’ recruit to “go and do your thing in a club that respects you.”

On this occasion, the mood emanating from Rush Green is different. Diangana’s departure gathered pace at breakneck pace, he appeared as a second-half substitute in West Ham’s 2-1 win over Brentford just days before West Brom swooped.

The atmosphere in east London has soured. West Ham’s supporters rallied against the club’s owners; a tirade exacerbated in the aftermath of the Hammers’ 5-3 defeat against newly-relegated Bournemouth.
Reports suggest that West Ham tried to lure Burnley defender James Tarkowski to the East End, only to met with a firm rebuttal by both player and club. Since moving to the London Stadium, West Ham’s supporters have grown increasingly agitated by the board’s style of management.

With a tough start to the 2020/21 season on the horizon, it is essential that Diangana’s transfer fee is reinvested wisely. West Ham face Arsenal, Wolves, Leicester, Tottenham Manchester City and Liverpool before the start of November.

A bruising start to the campaign will cause the mood at the London Stadium to ferment. If West Ham are slow out the taps and Diangana succeeds at the Hawthorns, Gold, Sullivan, and Brady could face yet another corner flag conquest.