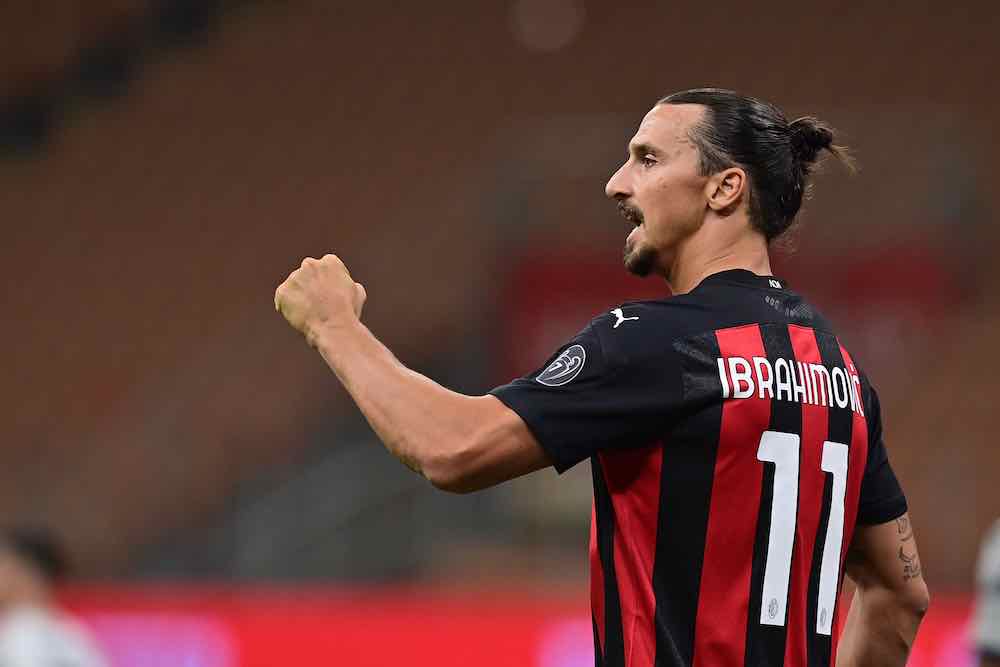 The past few seasons haven’t been kind to AC Milan.

They had to forfeit their spot in the Europa League last season due to breaching FFP rules, and the club hasn’t been in Champions League since the 2013/14 season, but in 2020/21, they are looking to make their return to the big stage.

The Rossoneri began their Serie A campaign with a convincing 2-0 win over Bologna, as Zlatan Ibrahimovic led the way with a brace.

Milan avoided losing a third straight season opener, while their dominance against the Rossoblú continued. Before this match, Bologna had lost eight of their last nine matches against Milan.

It was a slow start to the match with Bologna starting out quicker and stronger but as the game wore on it titled in Milan’s favour.

For Bologna, Riccardo Orsolini, Musa Barrow and Roberto Soriano struggled to get involved and turned over the ball on countless occasions. Their inability to protect possession and make simple passes often resulted in opposition counter-attacks.

Left-back Mitchell Dijks was poor for Bologna, making careless decisions resulting in two yellow cards  sent off. Leaving the left-back in the game for too long was a poor decision by Sinisa Mihajlovic in hindsight. It’s a weak area of the squad and the manager will need to shuffle his tactics next weekend.

Nonetheless, by the time Dijks saw red, the game was already out of reach, so it had little impact on the result.

Ibrahimovic recently signed a new one-year contract, reminding everyone that his age is just a number and nothing more. Throughout the game he showed great strength, made numerous smart runs towards the box, and made key passes.

The Swede finished the game with two goals from his seven shots. He was very vocal and his leadership played a key role in the match. He was directing players and provided momentum which has been missing in past seasons.

“I am in good shape, I am working, this is the second competitive game of the season,” Ibrahimovic told Sky Sport Italia. “We won and I could’ve scored more. If I was 20 years old, I’d have scored another two.

“I am not old, I am like Benjamin Button, I start old and die young! Kidding aside, the team worked well, we are not at 100% and therefore make some mistakes we usually avoid, but it bodes well.

“The objective is to do better than last season. The young players are working hard, they listen, and they have discipline and after the last six months know what they need to do in order to well, stay concentrated every day.

“This year, we have to take it one game at a time, play with confidence and treat every match like a Cup Final.”

Theo Hernandez also had an impact on the match, finishing the game with one assist, but it was a crucial one at an important moment in the match. Just over half an hour into the game he sent a beautiful cross into the box which was met Ibrahimovic who had positioned himself perfectly in between the defence to execute his header and finish the chance.

Hernandez was lively in attack throughout, but the biggest improvement was his defence. Where last season he struggled to get back and was out of position, here he made numerous timely challenges, read the play very well, and made two key clearances. This improvement in his game will surely help Milan this season.

As for Bologna, it was a massive improvement oon the 5-1 loss they suffered months back against Milan.

“The game was fairly balanced,” Mihajlovic told Sky Sport Italia. “Perhaps we didn’t believe in ourselves enough, but the lads were it to the end, we created two big scoring opportunities.

“Milan have Ibrahimovic and we don’t. Everything Milan created came through Ibra, so he made the difference, but my team did what it had to do.

“We are Bologna, they are Milan, so inevitably there are periods in a game where we have to soak up pressure. They were in better shape, but then we pushed them hard in the final 15 minutes.”