Can Lokomotiv Moscow Finally Cause A Champions League Upset? 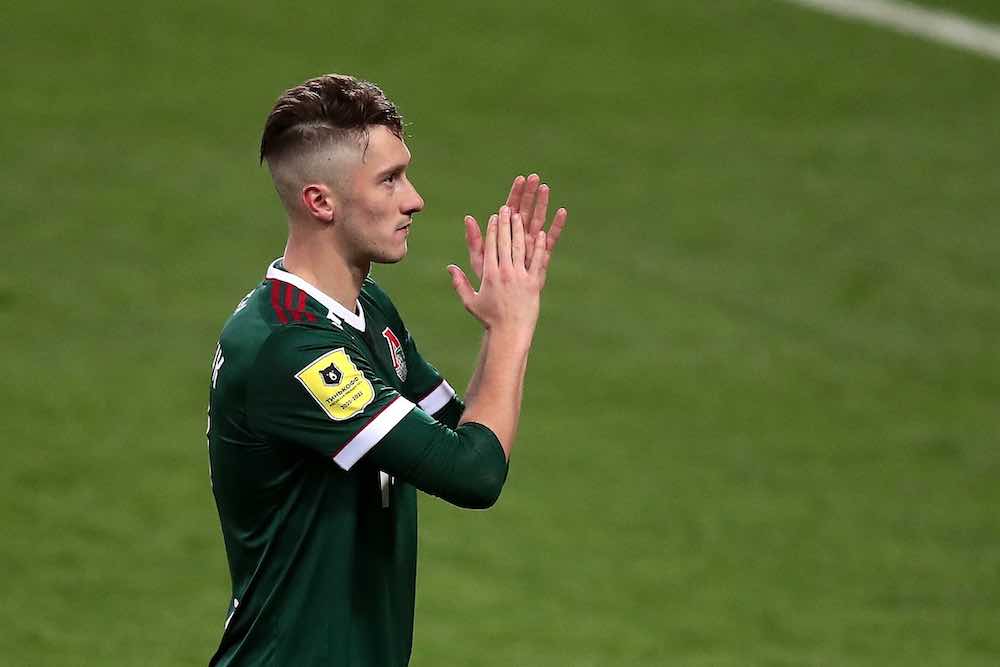 Lokomotiv Moscow won their third Russian Premier League title in 2018 and, finishing second in each subsequent campaign, have now qualified for the Champions League group stages three seasons in a row.

Once they do make it to this stage of Europe’s premier continental club competition, though, the club owned by Russia’s state railway have always finished bottom of their group.

It’s a shame that, after three years of domestic success, Lokomotiv have been unable to qualify for the knock-out rounds of continental competition, not even making it into the Europa League via a third-place finish.

Loko starts off their pretty horrific UCL campaign with their “easiest” away game of the three, and it probably won’t end well.

This has partly been down to the tough groups in which they have been drawn. They came up against Schalke 04, Galatasaray, and Porto in the 2018-19 season — their first season in the group stage since 2004. The next year they came up against Juventus, Atlético Madrid, and Bayer Leverkusen with the latter beating them to third place.

And the 2020/21 campaign could be their toughest yet. They once again face ruthless Atlético, along with current champions Bayern Munich. Then, they will have to overcome the youthful spirit of Red Bull Salzburg if they are to drop into the Europa League via the third-place finish, which will once again be their aim.

Lokomotiv can take heart from the fact that the past few seasons have been good for Russian club football. This is the first time in history that three Russian teams — Lokomotiv, Zenit Saint Petersburg and FC Krasnodar — have qualified for the Champions League.

The Russian Premier League is currently being dominated by Zenit Saint Petersburg, who have won the title in the past two seasons and won last year’s by a 15-point margin. Qualification for the Champions League should help the likes of Lokomotiv and Krasnodar financially, even though they will always struggle to compete on this front with Zenit, who are funded by Russian gas producer and Champions League sponsor, Gazprom.

Lokomotiv have started this season well. Despite being fourth, they are only three points behind leaders Zenit with CSKA and Spartak Moscow just ahead of them, and Rostov and Sochi also within five points of the league leaders. 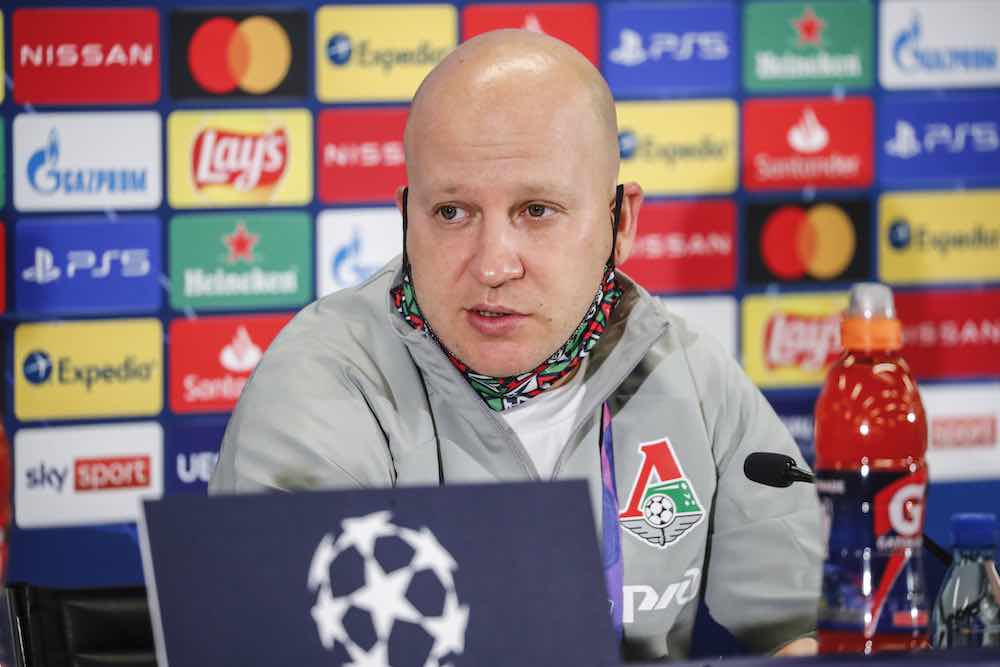 This has been a time of change for Lokomotiv. After saying goodbye to the manager who brought them that league title, Yuri Semin, when his contract expired in May, they hired 41-year-old Serbian coach Marko Nikolić.

Loko take a four-game game winning streak into their game against Salzburg on Wednesday, which Nikolić hopes will give his side some confidence even though they will go into the game as underdogs.

The manager is glad to be competing at this level, and had praise for tonight’s opposition.

“We are delighted to play in the Champions League for the third year in a row,” Nikolić said in his pre-match press conference.

“We have a very strong group with the reigning champion Bayern Munich, Atletico — which is fourth in the UEFA rankings, and Salzburg.

“This is a young attacking team. There are many strong players with attacking potential in Salzburg. The whole system of the club commands respect.

“But we participate in the Champions League in order to adequately represent the team and the club and in order to get points. We have all the qualities for this. We will show them in every game.” 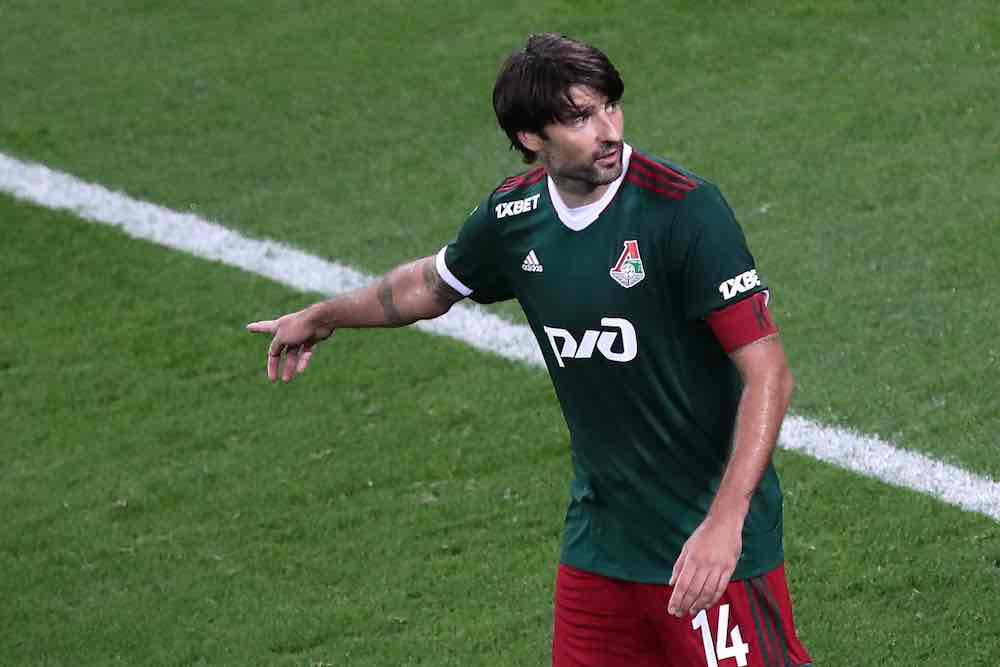 Lokomotive’s squad contains a number of faces who may be familiar to many European football fans in the west.

Eder, the plucky striker who famously scored that goal against France for Portugal in the Euro 2016 final, is now entering his fourth season at Lokomotiv, while hardy Polish defensive midfielder Grzegorz Krychowiak, who made his name at Sevilla before an underwhelming move to Paris Saint-Germain, had a surprisingly good strike rate last season, scoring nine goals in 26 appearances in the league.

The most well-known player in the squad is perhaps Vedran Ćorluka, the Croatian centre-back formerly of Tottenham Hotspur and Manchester City. Ćorluka is now 34 and has been at club for eight years and appears to be revelling his role as captain.

They will also be looking to Russian players Fyodor Smolov and Anton Miranchuk (main image) to perform if they are to have a chance of success.

Although Lokomotiv are yet to make a name for themselves as fierce contenders in the Champions League group stage, they deserve to take their place at this level.

They are yet to cause a serious upset in the competition, but this could be their season to do so. It’s hard for any team to come up against Bayern and Atlético, but continue to appear at this level through determination and guidance from their older, more experienced players.

It’s unlikely that they will qualify from this very tough group, but Lokomotiv will be looking to qualify for the Europa League, and show they can be serious contenders in European football in the coming years.