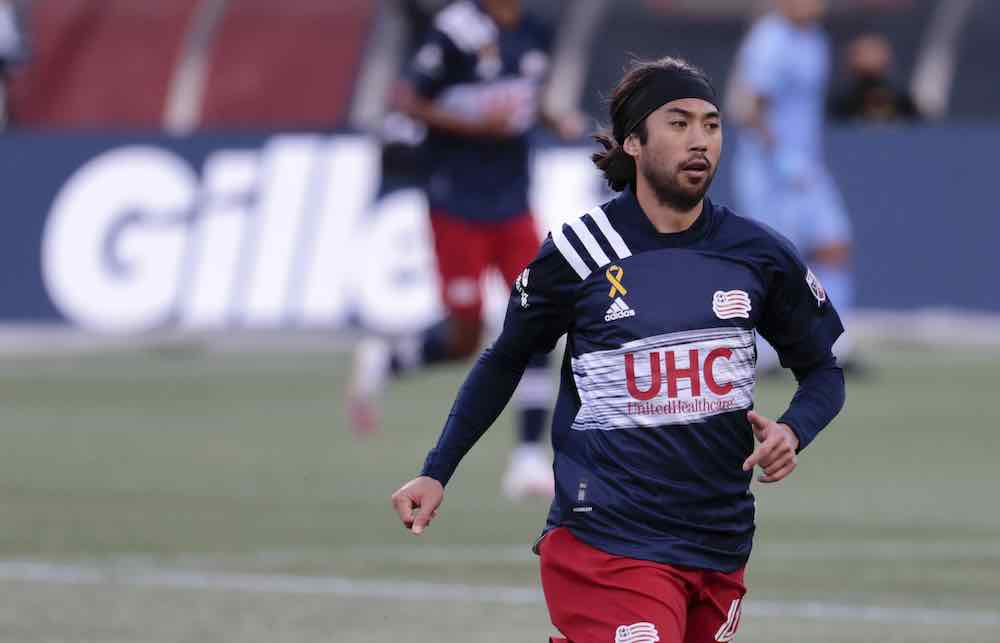 New York City FC fell short of securing a fourth win in a row, losing 2-1 to New England Revolution in what was just their second game of the season in the unique soccer setting of Yankee Stadium.

The club had been playing their ‘home’ games at the Red Bull Arena in New Jersey as COVID-19 related safety protocols prevented them from sharing the baseball stadium with the Yankees. With the Yankees now on the road in California, NYC could return home.

The 4-1 win against DC United last week was the first time head coach Ronny Deila, appointed in January, had taken charge of a game at Yankee Stadium.

The Norwegian’s side boasted the joint-second best defence in the league going into this fixture, having conceded 13 goals in 16 games… not that you would have known it from the opening stages of this meeting with New England.

Set up with centre-backs in the area at a goal kick with the intention of playing out from the back, goalkeeper Sean Johnson decided instead to go long. This can lead to immediate problems if the ball is lost, as it gives opposition attackers more territory in which to work without worrying about being caught offside. The ball was duly lost and danger emerged, and though New England’s attack eventually fizzled out, it was a sign of early disorganisation in the NYC defence.

This defensive disorder was punished with a goal that arrived in different circumstances but showed similar troubles at the back.

The NYC line was so high they were almost in the New England half. All it needed was a quick pass around the corner from Lee Nguyen and Teal Bunbury was running free behind a ragged defensive line. He stumbled slightly as he approached the NYC goal, but still had enough composure to poke the ball past the onrushing Johnson.

The back and forth and the flow of the match resembled that of a basketball game, perhaps facilitated by the smallest pitch in Major League Soccer, but also by the attacking intent of both teams.

When moves come together on this pitch they look like slick, smartly controlled football in tight spaces, but it’s also very easy for a game to become broken up and sloppy if the players’ touch is collectively loose. There was a bit of both in this game, which nevertheless made for some entertaining play coupled with plenty of 50-50 challenges.

NYC’s best chances fell to Valentín Castellanos. The second of which, just before half time, saw Jesús Medina play an excellent pass through a packed defence to the Argentine whose run was perfectly timed, but his shot was saved by Matt Turner. 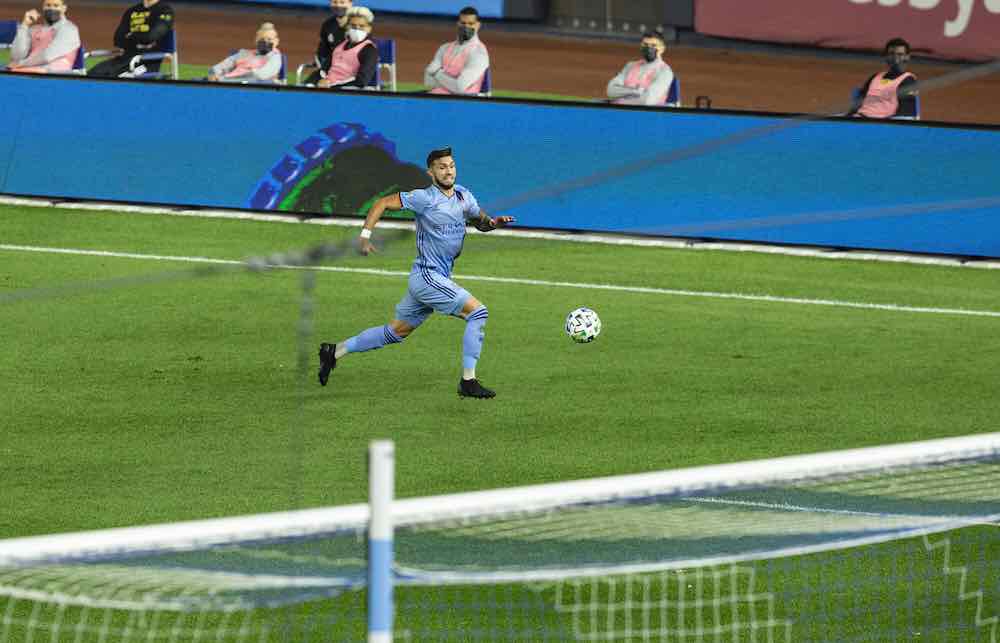 Castellanos then had a shot well blocked by Brandon Bye at the start of the second half after being teed up by Alex Ring. The 22-year-old might have expected to do better having been given time to pick his spot.

Diego Fagundez missed a good chance for New England with just over an hour gone hitting his volley straight at Johnson having been left free at the far post at a corner. Johnson then had to make a good stop from Adam Buksa with Ronald Matarrita on hand to clear the danger.

New England secured the win when Matt Polster was given too much space on the edge of the area and Alex Callens committed the foul as he tried to close him down. A penalty was awarded and dispatched by Nguyen for his first of the season.

Just as the game looked to be petering out, just like NYC’s winning run, Tony Rocha set up Castellanos who was thwarted by a save from the commanding stopper Turner, but NYC were able to score a consolation goal from the resulting corner, via Callens.

The win takes New England above New York Red Bulls into sixth, which is also the final spot for automatic qualification for the first round of the playoffs, and just a point behind NYCFC.

There will be plenty of movement in the East before the final playoff places are decided, and Deila’s side will hope to return to winning ways and retain their status in the top five. They will hope this is a blip rather than the start of a poor run of form, as the 2020 MLS season closes in on the business end.