Chile’s Women Prepare For Pivotal Playoff With Friendlies vs Zambia 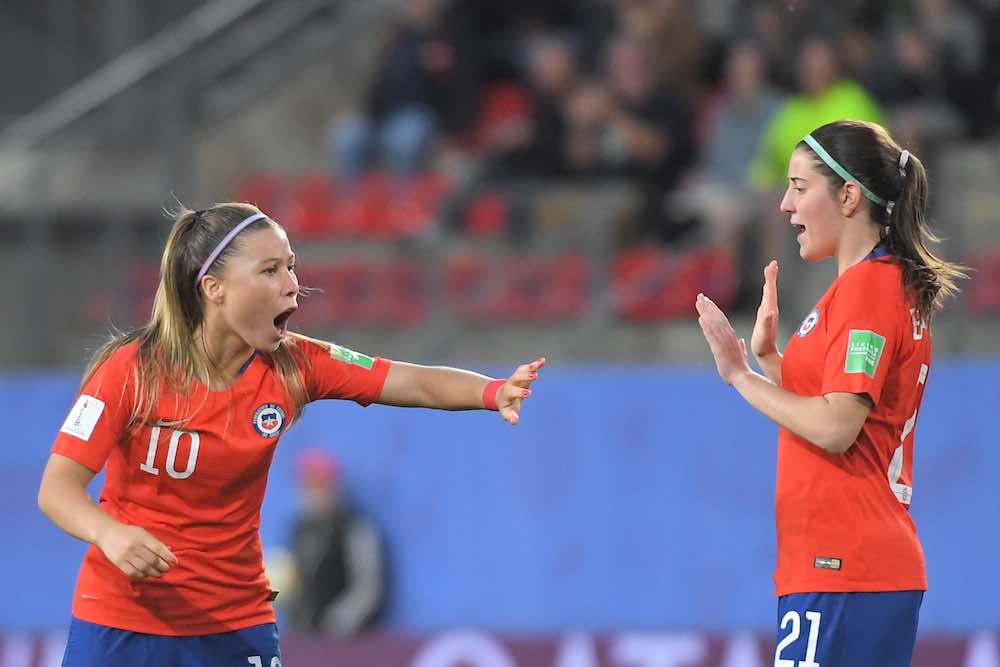 This week sees Chile’s women’s national team return to the field for the first time in seven months. With 2021 approaching, La Roja Femenina are looking to be ready for what could prove to be a pivotal and critical year for Women’s football in the country.

In February, Chile will face Cameroon for a place in the Tokyo Olympic Games. To prepare for this, Chile will meet Zambia this week in Santiago in two friendlies, both of which are set to be keenly contested.

Zambia are an ideal test for the Chileans given they have already qualified for Tokyo 2021 by winning the African zone qualifying tournament, beating Cameroon on away goals in March this year in the final — just before Covid-19 struck down football everywhere.

Meanwhile, it has been a long wait for Chile to see if they can book their ticket to Japan. They qualified for February’s intercontinental playoff by finishing runners-up to Brazil in the 2018 Copa America hosted in Chile.

Since that impressive showing, women’s football in Chile had been riding a wave of popularity in the country. They were one goal away from the last 16 of the World Cup in France last year, a late missed penalty against Thailand added to the pain of just missing out on relative glory, but even reaching the finals was a monumental achievement.

The final match of the 2019 domestic season, a playoff to qualify for the 2020 Libertadores between Colo-Colo and Palestino, saw plenty of fans locked out of the stadium with the tickets available sold out.

This all came just three years after Chile were among a number of South American nations that had their FIFA ranking stripped away as Conmebol and the continent’s various national team associations.

There is a worry that the momentum that was generated by Chile’s spirited showing in France 2019 may have been lost over the past year with both the protests in the country and Covid-19 disrupting the sport for a whole year. With the clouds clearing, it looks like the players will once again have to lead the fight to develop the Women’s game in the country especially with the domestic game.

“The federation does what’s politically correct, but it doesn’t push it too much nor it’s very enthusiastic about it, except when it comes to the Women’s NT, which is more popular now and liked too much by fans to neglect” said Cecilia Lagos who covered La Roja for FIFA at the 2019 World Cup in France.

“We have to consider that in Chile, for football authorities in general, especially most of clubs, women’s football is more of a nuisance than a real conviction. It’s what we call in Chile “the poor relative” she added.

“In some cases, clubs only create their women’s team because otherwise they can’t participate in international Conmebol competitions. For them it’s a source of expenses, not an investment. And some really neglect it, It’s like they only have a women’s team to say they have one and fulfil an obligation.”

It is becoming clear that some clubs take women’s football much more seriously than others. Colo-Colo and Santiago Morning have been the trail-blazers in this regard while in more recent years Palestino and Universidad de Chile among others have emerged as serious candidates too.

However, although there is growing enthusiasm for women’s football in some of the clubs, those running the game in the country still seem reluctant to fully support and embrace it.

“The ANFP dragged their heels in regard to getting the women’s league back up and running,” Lagos added.

“Despite what the women’s national team achieved last year, the development of women’s football in Chile is still a fight led by the players, who are the ones who have forced the federation and the clubs to get whatever improvements they’ve got in the last year.

“But now they’re again at a point where they see they’re no priority and must keep pushing to keep their activity alive. It’s a very fragile situation on one end and if anything has improved it’s only been because of the persistence and tireless work of the players, especially through ANJUFF, their union.”

Halloween eventually saw the return of the domestic Women’s game in Chile, but as Lagos alludes to it came well after the restart of the men’s season, which made many feel that the women’s game wasn’t being prioritised once again.

On week two of the season, a close encounter between Colo-Colo and Universidad Católica, two of the biggest clubs in Chilean football, was broadcast on free-to-air national television. That felt like a step in the right direction, however, quite a big disparity can be seen in many of the games in the domestic top flight and that is something that will need to be addressed to increase the level of interest among football fans.

Additionally, for the game to continue to grow and for more barriers to be torn down, the presence of the Chilean women’s national team on the international stage will probably need to stay relevant to bring the game more into the consciousness of the Chilean public and the powers that be that run and sponsor it.

La Roja last took to the field in March where they won the Turkish Cup, beating Kenya, Ghana and a young Northern Ireland side comfortably to lift the trophy. This came six months after Chile had surprised hosts Brazil in the Torneo Uber in Sao Paulo by beating them on penalties in a four-team tournament.

The coach behind Chile’s successes is José Letelier who has been in charge since the rebirth of the national team in 2016 and many familiar names remain in the side from the World Cup last year as well as some fresh faces.

This week’s friendlies will see in-form players on both sides take to the field. Chile’s captain and goalkeeper Christiane Endler recently kept her 8th consecutive clean sheet for PSG as Lyon were finally defeated for the first time in four years.

Chile will also be hoping forwards Yessenia López and Daniela Zamora, both 30-years-old, can continue their good domestic form on the bigger stage, with the latter leading the goalscoring charts after four games with nine goals for Universidad de Chile. 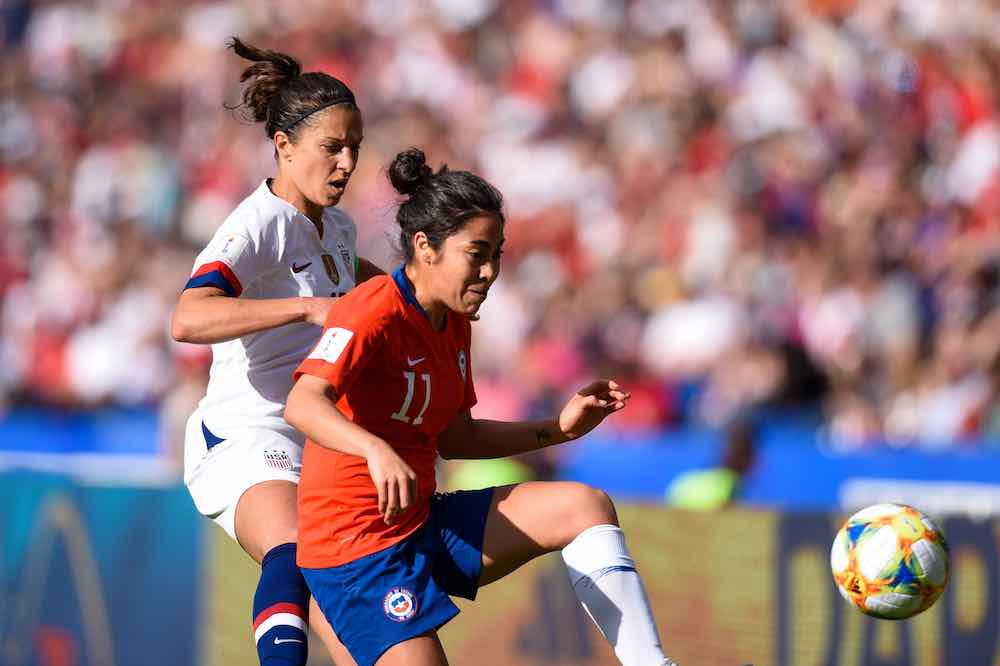 Zambia can boast the presence of forward Racheal Nachula of Real Zaragoza who has scored two goals in four games this season for the Spanish outfit and has looked bright. Nachula is 34 years old now, but is an excellent athlete who even competed for her country in the 2008 Olympics in Beijing at 400m. She was the top scorer, with 10 goals during the 2019 Cosafa Cup in South Africa when Zambia reached the final for the first time.

Samuel Ahmadu, who writes about women’s football in Africa for Goal, told WFi that Chile will need to watch out for Zambia’s direct running and counterattacks and tipped two other players to shine aside from the high profile Nachula who earned a move to Spain off the back of her performances for Zambia.

Ahmadu believes 23-year-old forward Grace Chunda could cause the South American outfit trouble: “. She shone brilliantly during the Olympic qualifiers finishing as the top scorer in the competition with 8 goals”

Barbra Banda is another one Chile will need to take care of according to Ahmadu: “She starred for Shanghai Shengli during the 2020 season, scoring 18 goals to clinch the league top scorer award in her debut season following a January switch from Spanish side Logrono.”

Zambia’s style is set to contrast with Chile’s more dominant style that they usually deploy against perceived weaker opposition. They will be looking to impose themselves on these games with much of the play set to go through reliable and energetic midfielder Karen Araya. 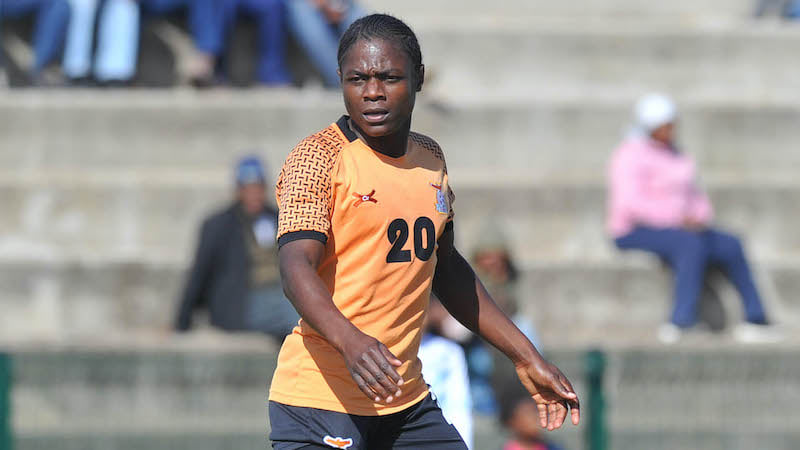 If Chile can impress against Zambia, fans will hope it will be the springboard for the squad to beat Cameroon in the new year and add another historic chapter into the recent history of La Roja Femenina.

Loading...
Newer Post
Joel Matip: Liverpool’s Cult Hero Who Could Go Down As A Reds Legend
Older Post
4 Major Talking Points From The 1st Round Of The MLS Cup Playoffs