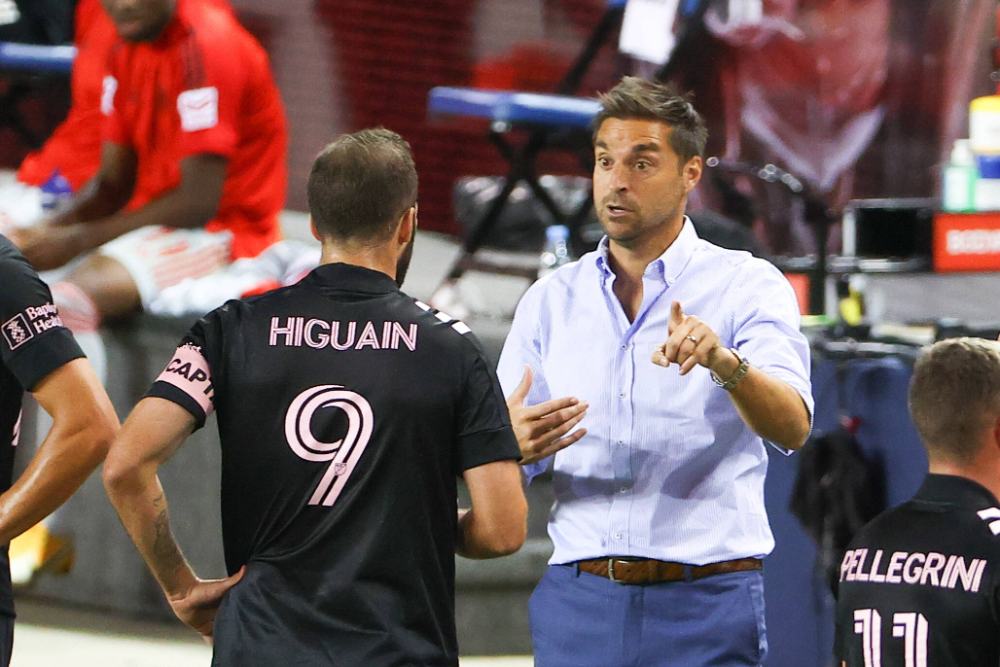 In English, this translates to “Only the Tough.”

Perhaps ‘tough’ would be an appropriate word to describe Inter Miami’s 2020 season. With a high-profile owner like David Beckham and expectations that had them challenging for MLS Cup in year one, Miami finished the season barely scraping into the playoffs with a 2-1 win against FC Cincinnati.

Naturally, as an expansion team, your identity will be formed through the trials and tribulations faced throughout the season. For Inter Miami, 2020 has left them with enough determination to possibly make a late playoff run.

However, despite the difficulties faced throughout the 2020 campaign, the aura around the club is one of hope. 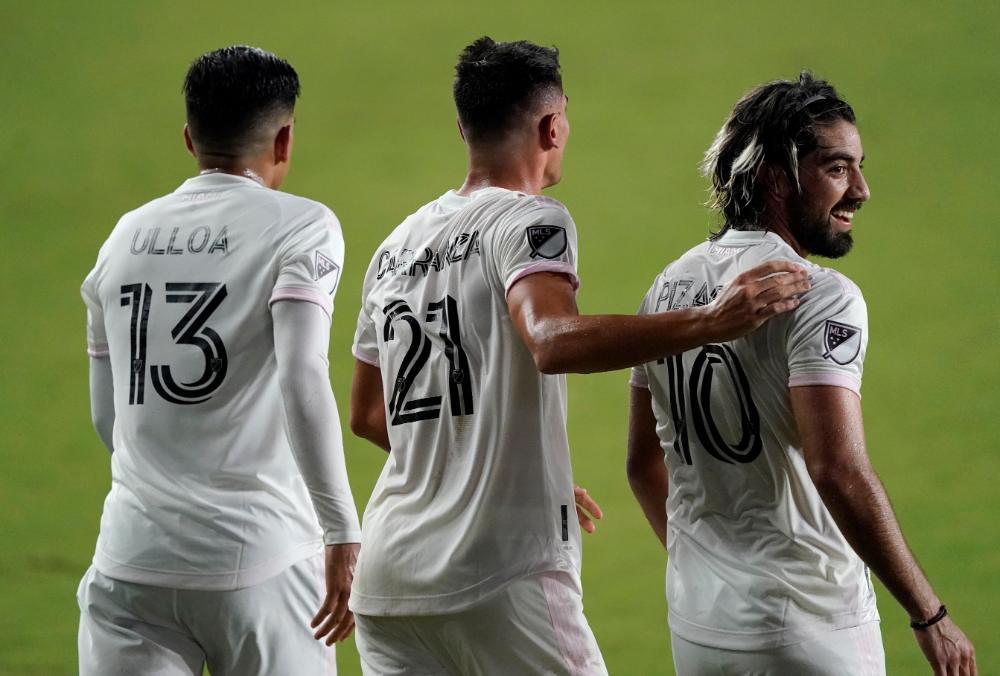 The win against Cincinnati was not only important for a postseason spot, but also for team morale. Miami went from being a team that everyone expected to be the next Atlanta United or LAFC to a gritty, hardworking side that’s difficult to break down. Now, that’s not the “glamourous, free-flowing, attacking soccer” that many expected, but this current iteration of Inter Miami is one that reflects the true nature of South Florida.

The national media sees the South Flordia area as something “sexy” with a thriving night scene, and ‘endless summers,’ but in reality, it’s quite different.

Much like Inter Miami, ‘SoFlo’ is home to residents who work hard and may not have the lavish lifestyles that most people associate with the area; it’s safe to say that Miami have gone from a team that was expected to do big things, with massive stars, to a team that fights for every ball, and makes playing in a tropical storm look like light work.

Leandro on weather: “The conditions were crazy. When we know the hurricane was close, so we imagined this weather. It’s difficult to play. We knew the first half the wind was in our favor. We tried to manage the game in the second half. The problem for us with the wind.”

With their play-off match against Nashville looming large, Miami will look to build on the foundation they’ve laid down this season. It wasn’t pretty, but there are encouraging signs that should make this Friday and 2021 very exciting for La Rosa Negra.

Inter Miami’s first year in MLS was quite underwhelming, nevertheless, there were plenty of positive things to take away from their inaugural season.

For starters, Scotland international Lewis Morgan showed that he is an integral part of Miami’s attack.

His five goals and five assists on the year have given Inter Miami an extra offensive threat on the right-wing. Diego Alonso likes to set his teams up so they attack from the wide areas and with Morgan’s ability to beat his man one-on-one, get to the byline and cross, a good amount of Miami’s goals have come from his dogged perseverance.

With the addition of Designated Player Gonzalo Higuain into the fold, Morgan and the 32-year-old have shown a knack for combining on the edge of the 18-yard box, which leads to goal scoring opportunities.

Take the thunderous strike against NYCFC for example.

Higuain looks for the shot but when that window closes, he picks his head up to see the onrushing Morgan who sweetly hits the ball into the upper right-hand corner:

There were plenty of times during the season where Miami looked like a cohesive team, Morgan’s goal against NYCFC was a perfect example of that. But for large swathes of 2020, Inter Miami looked very much like an expansion side. Mental lapses have seen them drop points when they were in the lead. A poor showing at the ‘MLS is Back’ tournament also made it obvious that the club is nowhere near their indented expectations.

The 3-0 loss to the Philadelphia Union and 4-1 home loss to the New York Red Bulls showed that, well, there are times where La Rosa Negra look completely overmatched.

But, what is clear is that Miami have a solid spine and enough left in the tank to get a result against Nashville this Friday.

Friday will see Inter Miami and Nashville meet for the third time this season in what will, arguably, be the most significant match up of the year.

Both games were hotly contested with Nashville scoring the lone goal between the two matches. This Friday’s meeting will set the narrative going into 2021: who is the superior expansion side?

In 2020, Nashville overachieved in every way possible. Gary Smith has set up a team that has a well-drilled backline and an offence that can kill any team on the counter-attack.

It’ll be a difficult game for Inter Miami, whose offence hasn’t entirely clicked yet. But what Miami do have is the experience of players like Higuain and Blaise Matuidi. In the post-match conference against Cincinnati, Leandro Gonzalez Pirez mentioned that having players of Matuidi and Higuain’s calibre will help in high-pressure moments:

Leandro on prepping for the playoffs:

“I know it’s a different tournament now. We have a lot of players on this team who have played in a lot of [high pressure] games. Now that we qualified, we have more confidence to play these kind of games.”

What is known for sure is that this game will be emotional, and difficult for both sides. It will come down to who scores first to set the tone of the match. Nashville don’t give up many goals, and Miami have enough quality up top to score when it matters.

It’ll be a gritty match, but a fun one to watch.

At the end of the day, Inter Miami have enough talent to win consistently. 2021 will be a big year in deciding whether or not they want to be perennial winners or a struggling team that can’t find their footing. If it’s the former, there are several positions the club must upgrade by next season.

At left-wing, for all the joy (and hair) Brek Shea may bring to the squad, he’s still coming off a terrible ACL injury and isn’t 100% fit to start every match. Designated Player Matias Pellegrini, with only one goal and assist so far, has underperformed and will likely be downgraded from his DP status next year.

That leaves a big hole at the left-wing spot that should be used on a high calibre forward.

There were some rumours of Netherlands international Steven Berghuis potentially making the journey to South Florida, but the January transfer window is always unpredictable.

Another upgrade that would improve the squad greatly would be at left-back.

Starter Ben Sweat has good qualities such as his ability to whip in crosses and his willingness to go on the overlap, however, he has the tendency to be caught out of position which leads to goal-scoring chances for the opponent. If Miami want to make the jump from being an average MLS team to trophy contenders, an offseason reboot is needed.

Whatever happens on Friday, what’s apparent is that Inter Miami have a good, solid group of core players to build on and a resilient mentality that is capable of achieving anything they want to.

When they take to the field against Nashville, “Solo Los Duros” will not just be a slogan, it will become a foundational building block in the making of the club. No matter what the result will be, Inter Miami have a bright future.