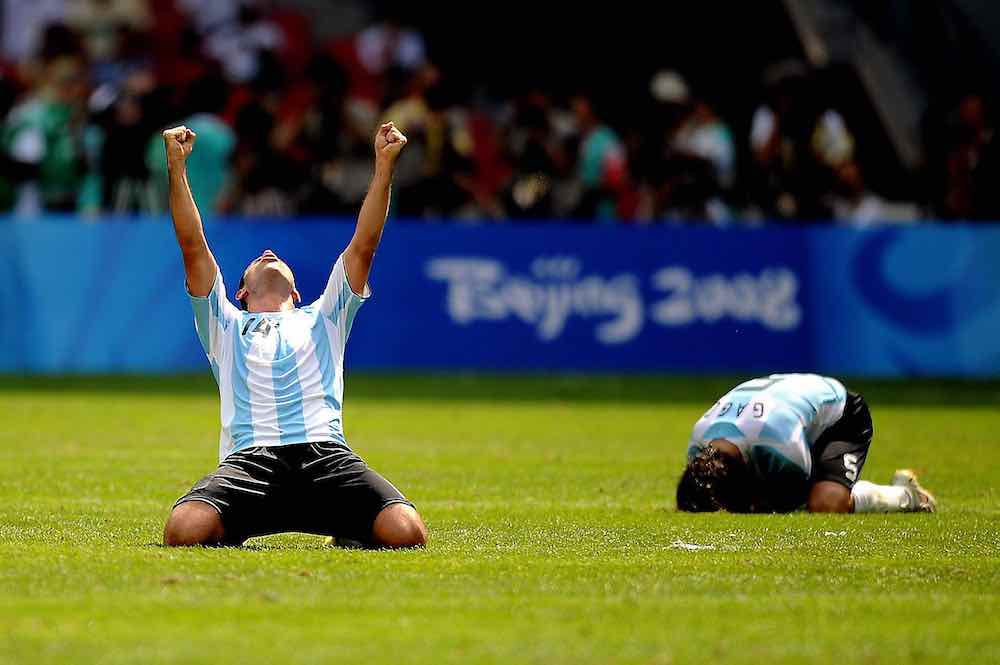 Last week saw the retirements of Javier Mascherano and Fernando Gago, arguably the most gifted defensive midfielders Argentina has produced in the last two decades.

While on the face of it their careers and fortunes may have gone down distinctive paths, there are certain parallels and dualities that exist between the two, making the fact their announcements came within five days of each other a somewhat fitting end.

On a club level, the contrasts are obvious. Mascherano, two years the senior, broke through at River Plate and went on to have a glittering career at Barcelona, while Gago began at cross-city rivals Boca Juniors and would represent the other of Spain’s superclubs, Real Madrid.

Stylistically, the pair handily encapsulate the philosophical debate around the interpretation of the mythical role of the Cinco in Argentinian football.  Second in importance only to the No. 10 playmaker, the No. 5 is the deepest midfielder who anchors the side, and whose style often sets the tone for the team’s approach. 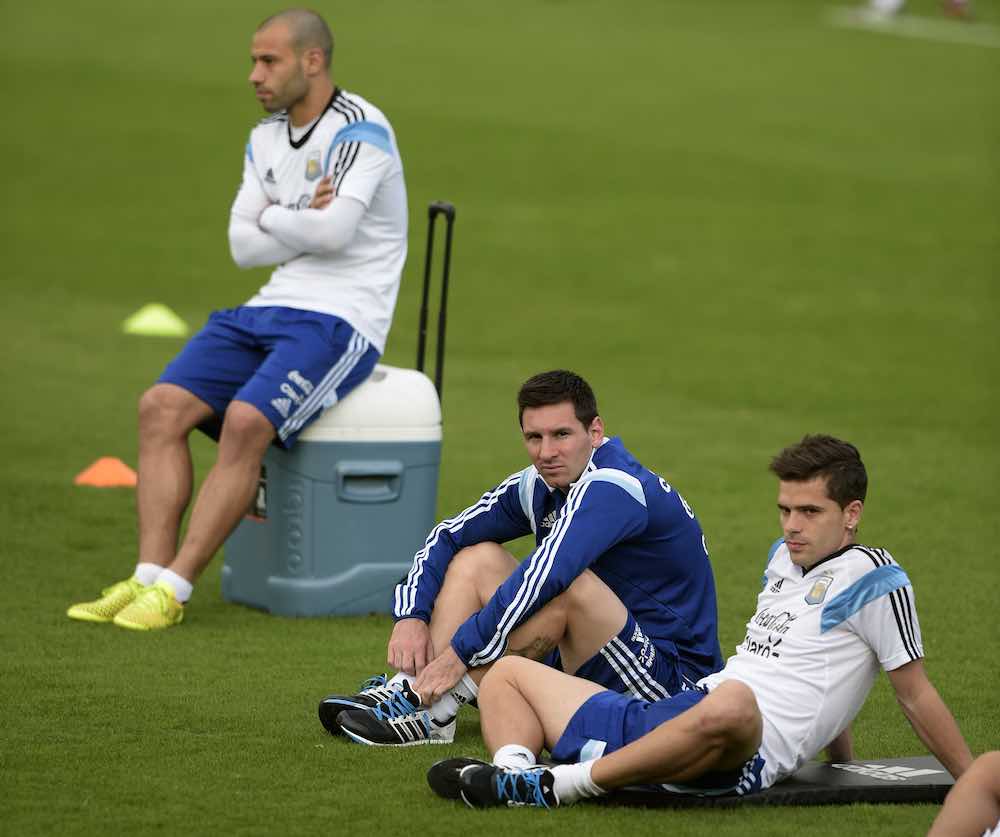 Nicknamed El Jefecito (the little boss), Mascherano represents the scrappy tireless leader. Tough in the tackle with a never-say-die attitude and is the beating heart of the side. Gago, in the mould of Redondo, is a more cerebral incarnation, stamping his authority through his passing and ability to dictate the tempo from deep, rather than being dragged into the muck and bullets of the midfield battle.

While on a technical level, Gago was clearly more talented with the ball at his feet, it would do Mascherano a disservice to characterise him as a mere destroyer.

Though usually charged with keeping it simple, Mascherano boasted a formidable pass accuracy, as one would expect in anyone who played and excelled under the likes of Pep Guardiola and Marcelo Bielsa.

Furthermore, his tactical intelligence and positioning gave him the versatility to fill in at centre-back for one of the most successful club sides in history, demonstrating his all-round excellence and why he was much more than a tub-thumping lionheart.

Gago’s game, too, deserves a more nuanced analysis. For all his style, grace and ability to construct from deep , he was also able to contribute defensively thanks to his anticipation, reading of the game, and positional intelligence. More dynamic going forward than he is often given credit for, he could offer more in the opposition half and, in particular, was one of the players most able to get the best out of Messi at national team level.

However, much of what clouds opinion around Gago — and indeed what goes a long way towards explaining the divergence between his and Mascherano’s careers for club and country — has been his cruel misfortune with injury. 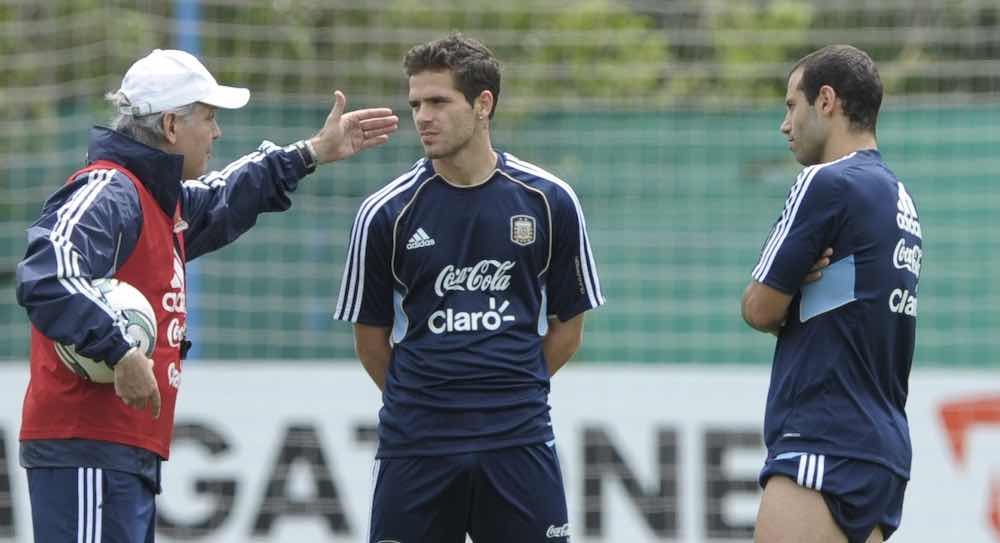 While Mascherano could put his body on the line time and time again with a warrior-like resolve to carry on come what may (even famously tearing his anus during a game as he stretched to block a shot versus the Netherlands), Gago’s body couldn’t deal with the rigours of football, repeatedly breaking down at inopportune moments.

Having rediscovered his best form in the South American qualifiers, a knee problem curtailed his level of participation at the 2014 World Cup. Ever since then, Gago has suffered a litany of potentially career-ending injuries.

In 2015 he ruptured his Achilles tendon in his left foot in the first minutes of the Superclasico against River before sustaining the exact same injury a few months after his return in 2016.

At the tail end of 2017, disaster struck again. Six minutes after coming on as a sub for Argentina against Peru, Gago injured the ACL in his right knee, sidelining him for several months.

If that wasn’t unlucky enough, Gago injured himself in another Superclasico against River, on this occasion in the crucial 2018 Libertadores final second leg, rupturing the Achilles in his right foot.

A fifth and final serious injury at the beginning of 2020, doing his ACL for a second time, meant that Gago was out for over 1,000 days since 2015. Despite fighting back to fitness one last time, he managed a single appearance for Velez before hanging up his boots for good.

As such, while an injury-free Mascherano went on to become Argentina’s all-time leading appearance maker with 147 caps, Gago only managed a still respectable 61 appearances for the Albiceleste, with the feeling that it should have been more had it not been for his chronic fragility. 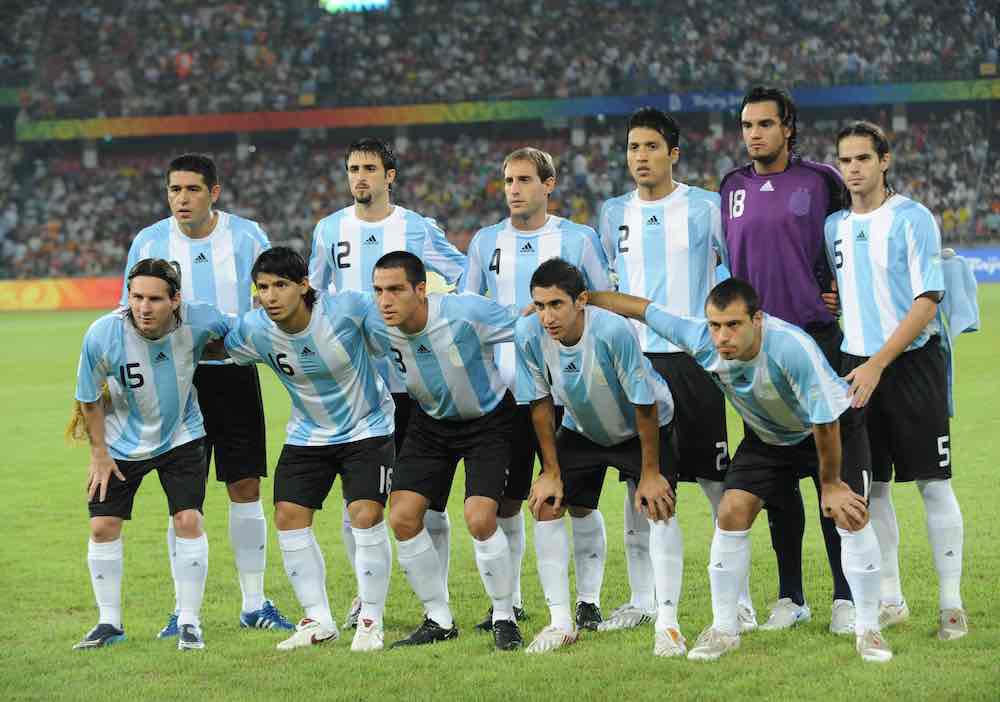 The 2008 Olympics gold medal, in which Mascherano and Gago lined up together to create the platform for the likes of Riquelme, Messi and Aguero to shine, provides a poetic example of these two brilliant players dovetailing together with the world at their feet, while also acting as a reminder of what could have been had fate and other circumstances not intervened.

Of course, it would be too simplistic to put Mascherano’s success down purely down to his superior physical and mental fortitude but, for all their differences and contrasts, the concurrent careers of two of the finest defensive midfielders of their generation will be forever intertwined.