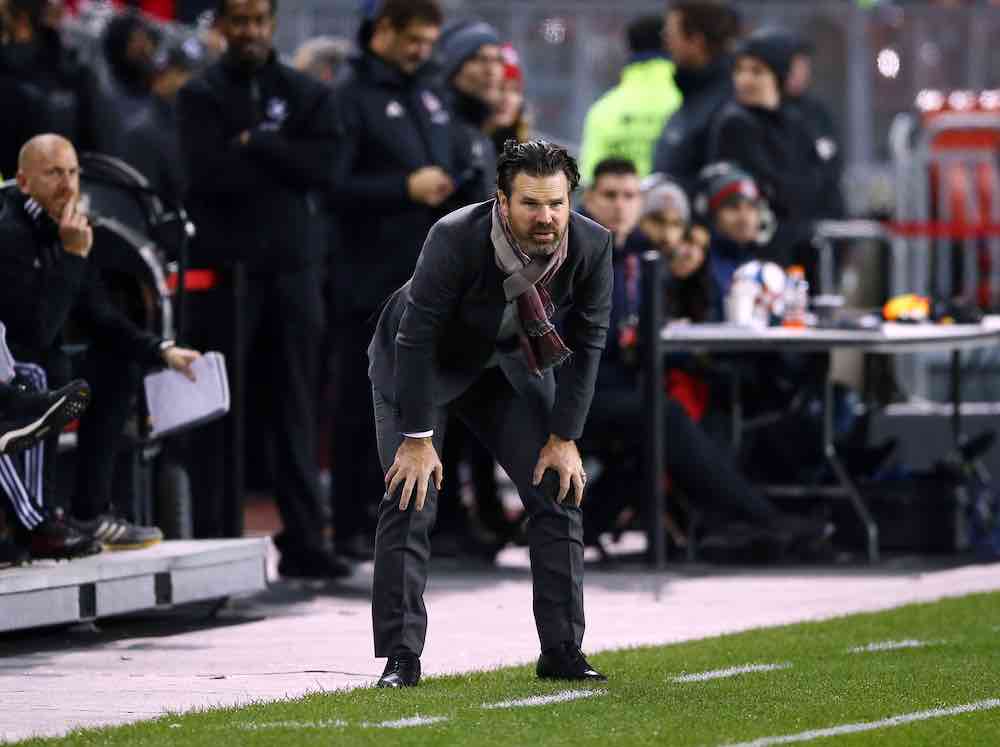 Expansion side Nashville SC are into the Eastern Conference semi-finals following a 1-0 extra-time victory on the road against Toronto FC on Tuesday evening.

Neither team could find the back of the net in regulation time despite there being no shortage of chances, particularly late in the game for Nashville.

The deadlock was eventually broken by the visitors in the 108th minute when substitute Daniel Rios knocked in a tap-in rebound for the go-ahead goal and the eventual game-winner.

As has been the case on many occasions all year, goalkeeper Joe Willis and the stingy defensive unit kept any attempts of a TFC comeback from coming to fruition despite a frantic final few closing moments.

Ultimately, the result was a fair one as the better team on the night went through to the next round, despite TFC’s superior spot in the table.

In an impressive Nashville performance and a disappointing ending to the Reds’ campaign, here are a couple of key storylines from this one.

The storyline coming into this one was the defensively strong expansion group against the experienced attacking favourites. In the end, the former rang true as TFC struggled to break down Nashville’s two flat blocks of four.

While Toronto looked lost for creativity at times, full credit goes to Gary Smith’s backline, who demonstrated plenty of cohesion across the 120 minutes. It should be viewed as no coincidence that the brilliant performance of MLS Defender of the Year Walker Zimmerman coincided with MVP candidate Alejandro Pozuelo’s struggles.

With Pozuelo failing to provide the type of spark the Spaniard has become known for in the middle, Toronto resorted to the flanks in an effort to create of openings, which proved equally as unsuccessful.

While the second straight clean sheet for this impressive Nashville group will deservedly steal most of the headlines, they were no slouches going forward either. Attempting 21 shots, including six on target, and seeing three goals disallowed, their patience was tested before the reward inevitably came with just 12 minutes to play.

Following a result as impressive as this one, players in the Nashville dressing room will be asking themselves why they can’t make a run at MLS Cup in this form.

Altidore Over Akinola A Big Decision From Vanney

Leading up to the post-season, many in TFC circles debated whether Greg Vanney would go with the hot hand in youngster Ayo Akinola or resort back to the oft-injured veteran Jozy Altidore to lead the line.

In the end, the Reds manager elected to favour playoff experience over recent production, giving Altidore the start despite the 31-year-old not playing a full 90 minutes since way back on March 7th.

Altidore once again failed to go the distance and failed to make too much of a mark on the match. His 31 touches were a team-low among starters as the American forward managed just one shot in 82 minutes of action.

As part of an ageing core group including Michael Bradley, Omar Gonzalez, and Quentin Westberg among others, the future of Altidore as TFC’s go-to talisman has to come into question as the club assesses what’s next in what will surely be a long offseason for the Reds.

End of an era for TFC… you gotta expect some hard moves coming up with an older roster just getting older.