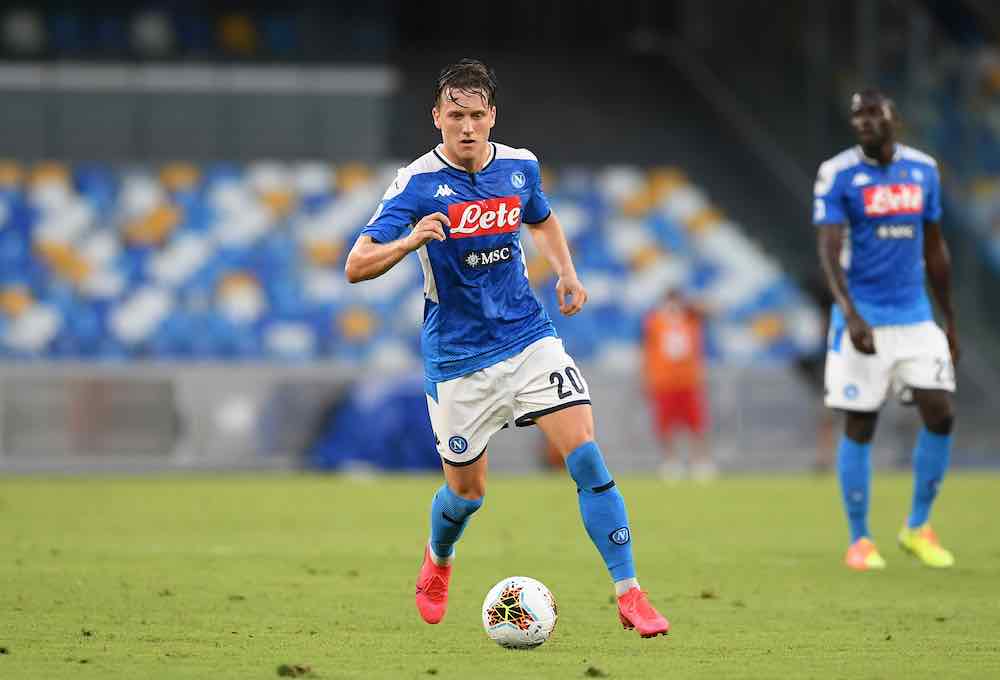 Napoli fans did not know exactly what to expect from the Polish midfielder who joined them from Udinese four summers ago, but fast forward to 2020 and Piotr Zieliński has become a crucial part of a very impressive midfield.

After being coached by Maurizio Sarri during a spell on loan at Empoli, Zieliński followed the Italian to Naples, where he continues to show his quality.

Since Sarri left Napoli, Zieliński has been coached by the likes of Carlo Ancelotti and now Gennaro Gattuso. It is evident that the type of system, or who the coach is, does not matter to the 26-year-old. He continues to be heavily relied upon and flourishes regardless of who is at the helm or who is alongside him in midfield.

The Poland International is continuously able to show his talent and versatility, season after season. His various coaches have deployed him pretty much everywhere in the midfield.

As well as operating as a central or attacking midfielder, he has even done a job out wide when needed, not looking out of place in any position he is asked to play.

His skill and versatility are just a couple of the reasons why he continues to be a favourite of his coaches, and although he may not be the type of midfielder who racks up big numbers in terms of goals and assists, he is the type of player who is able to do the other important work in the midfield to facilitate attacks for others.

Coaches, along with fans, can appreciate Zieliński’s tireless work rate at both ends of the pitch, along with the vision he shows and the space he is able to create for his team-mates thanks to his movement off the ball.

Unfortunately, Zieliński has not had the easiest of starts to the 2020-21 campaign having tested positive for Covid-19. He has only featured in four Sere A matches and one Europa League clash. Essentially, when he is available to play, he does, as his coaches consider him to be a pivotal player in Napoli’s transition from defence to attack and his play further proves this, time after time.

Zieliński has made well over 200 appearances in Serie A already, which is quite the achievement in itself and having made his International debut aged 19 in 2013, continues to be a regular for Poland, having won 53 caps already.

Like any top player, there will always be transfer rumours linking him to other clubs, and there have been constant links to English Premier League sides. Liverpool have regularly been rumoured to be interested in the midfielder, even from his early days at Empoli.

Before renewing his contract this previous summer, it was mentioned that not only Liverpool were showing interest in Zieliński but also his previous coach, Carlo Ancelotti, was very interested in bringing him to Everton.

These rumours continued for a little while until current Napoli boss Gennaro Gattuso put an end to it by stating Zieliński would not be leaving Naples if it was up to him.

Zieliński went on to pen a new deal with the Partenopei until 2024. Nonetheless, a player with his quality will continually have teams interested in him, and it will be interesting to see if the right offer from a big club could lure him away from Napoli.

Gattuso and Napoli would love to keep Zieliński with them for as long as possible. Modern Napoli great Marek Hamsik was constantly linked with moves away from the club but ended up staying for 12 seasons. Could Zielinski do the same?

There is no doubt that if Zieliński decided he wanted to leave Napoli for a new challenge, there would be no shortage of options and he would improve just about any midfield in world football.

Arguably the most valuable Polish footballer, behind Robert Lewandowski of course, the versatile and hardworking playmaker will continue to face some tough career choices in coming seasons.

If he has the desire to win the Champions League, along with potentially taking his career to the next level, a move away from Naples could be something in the cards.