Alvaro Morata Finds A Home On Loan At Juventus 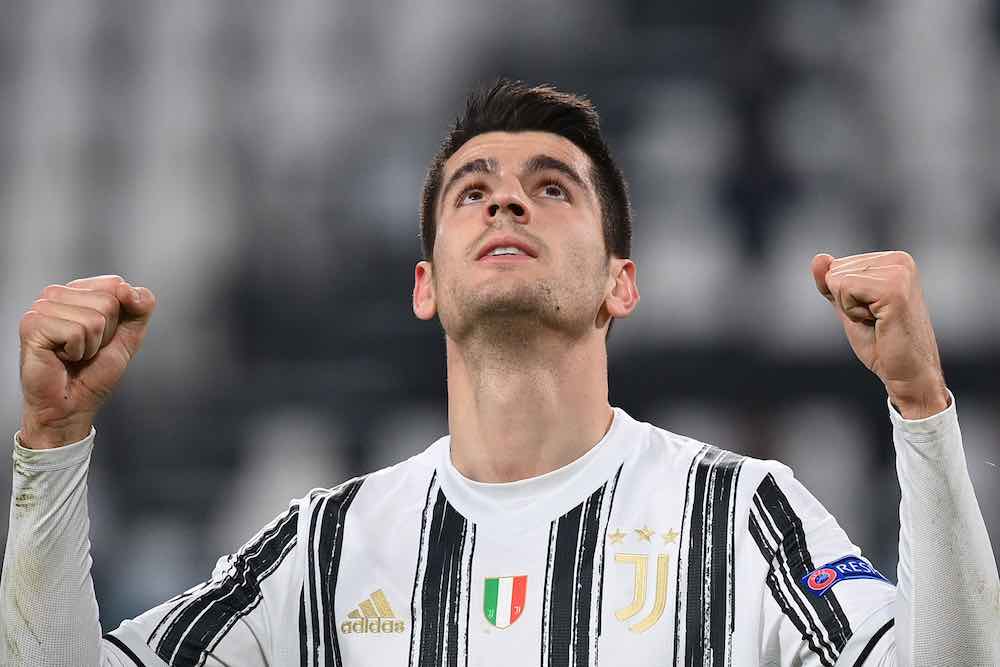 After leaving Juventus back in the summer of 2016, Alvaro Morata has endured a rollercoaster of a career. The now 28-year-old Spanish international has had issues finding a permanent home since he left the Old Lady to return to Real Madrid.

Morata spent another year with Real before spells with Chelsea and a return to the Spanish capital with Atlético, but once again he found himself struggling to find his form and playing time.

This prompted a loan move back to Juve in the summer of 2020, and the striker was so eager to rejoin that he even accepted a wage reduction in order to complete the move.

Now, roughly four months into his loan, Morata has found some form. He has impressed every time he’s stepped onto the pitch and has put himself in the conversation for the best signing of the summer.

Considering many were sceptical of his return to the club, it is safe to say the Juventus management, along with Juventini worldwide, could not be happier with his resurgence. His lack of success at other clubs is still quite baffling, but it seems something about Morata and Juventus just works.

In his 11 Serie A appearances thus far, Morata has scored four goals and added six assists. Not only is it significant that he has been able to find his scoring touch, but has also been able to do so at decisive moments for Juve.

On top of this, in six Champions League matches this season he has scored six goals and made one assist.

Many of these strikes have been crucial for the Bianconeri. He scored both goals in the 2-0 win against Dynamo Kyiv in October, and then went on to score another brace against Hungarian opponents Ferencvaros in a 4-1 victory.

Arguably his most important Champions League goal this season was in the second match against Ferencvaros, coming off the bench to score in the dying moments to give Juventus a 2-1 victory.

This win ended up being vital, as Juventus went on to beat Barcelona and top their Champions League group.

Unfortunately, many of Morata’s displays have not been matched by the rest of the team, and new manager Andrea Pirlo has also struggled. Juventus are sixth in Serie A — their league form not matching their Champions League exploits.

The likes of Paulo Dybala, Leonardo Bonucci and Rodrigo Bentancur — to name just a few — have had a tough time trying to find their form from previous seasons. Perhaps they just need to follow whatever Morata has been doing.

There is still more than half of the season remaining, though, and Morata’s fairytale return is not yet complete. It could all change in the blink of an eye. An injury or loss in confidence could hinder his remarkable comeback season, but Juven fans will be willing him on to maintain his form and fitness.

The Spaniard is technically on a one-season loan from Atlético Madrid which cost Juventus €10m. This means that if Morata has a shaky second half of the season, like the ones he had at Chelsea or Real Madrid before that, he could very well find himself back in Spain next season.

Juventus do have an option to buy Morata at the end of his loan, though, but to make his stay in Turin permanent the Bianconeri would have to fork over another €45m. Again, a dip in form would mean it would be very unlikely that Juve would make the move permanent at this cost.

Morata has made it clear that Juventus holds a special place in his heart, but at this stage of the season, it is uncertain to say if he will be back next season.

If he is able to continue playing at such a high level, while scoring more goals and giving his all every time he steps onto the pitch, the choice to keep him at Juventus would be a no brainer. Arguably one of the top signings of the summer, the fan favourite would certainly have the support of the Juventus faithful if he did end up staying in Turin.

It is tough to pinpoint exactly why Morata is at his best while at Juventus, but a return to the club has been good for his career. Here is hoping that he is capable of staying onside a little more often, and is able to keep up his impressive performances in order to stay at the place he loves, Juventus, for a long time.