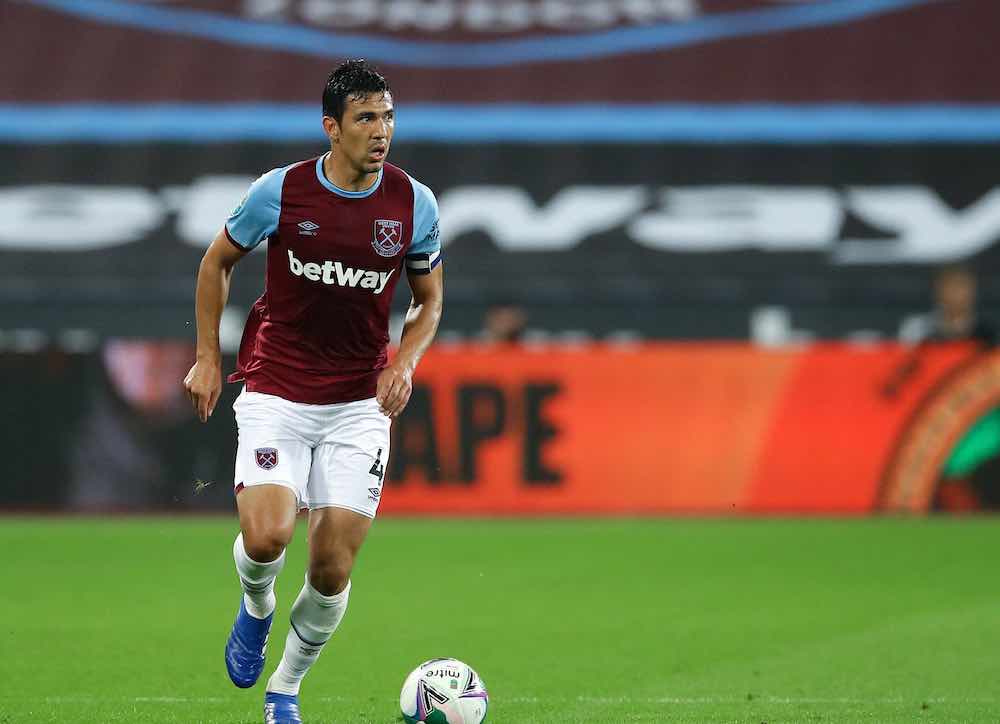 Coming into the new season, the mood around West Ham’s London stadium was one of discontent. The controversial sale of Grady Diangana, a lack of new signings, and fan protest led to low expectations and was compounded by a listless 2-0 loss to Newcastle on opening day.

Another season of suffering seemed to be on the cards.

However, David Moyes’ men have turned things around in spectacular fashion, winning six and drawing three of their first 14 games, and are now looking up the table, rather than over their shoulder.

While the imperious Declan Rice and bustling Jarrod Bowen have received the lion’s share of the plaudits, quietly flying under the radar has been Paraguayan centre back Fabián Balbuena, who has established himself in the first eleven and formed a great defensive partnership with Angelo Ogbonna.

Having previously played second fiddle to the promising but inconsistent Issa Diop, Balbuena — a £3.6m signing from Corinthians in the summer of 2018 — has developed into a reliable Premier League performer and his return to form typifies West Ham’s resurgence.

In 11 appearances so far this season, Balbuena has averaged 1.9 interceptions and 5.1 clearances per 90, putting him in the top ten for centre backs (with at least five appearances) in both these metrics, as West Ham have kept four clean sheets and ensconced themselves comfortably in mid-table.

Balbuena has contributed at the other end of the pitch too, with his well-taken goal against Tottenham the catalyst that sparked their comeback from 3-0 down to draw 3-3.

What’s even more impressive is that in a season with an already packed schedule, he has managed to maintain his level despite lengthy trips to South America to star in Paraguay’s decent start to World Cup qualification.

The 29-year-old battled against jet lag from a 20,000 km round-trip and a cancelled return flight to star for West Ham in their 1-0 victory over Sheffield United, despite having barely trained, highlighting the grit, leadership and commitment which have made him a popular player at every club he has represented.

One of the standout defenders in South America while at Brazilian giants Corinthians, the man nicknamed “The General” helped Timão to the Brasileirao title in 2017.

Balbuena was the rock at the heart of a defence which conceded just 30 times in 38 games and was named in the team of the year.

Having accrued over 300 games and won titles both in Brazil and his native Paraguay — as well as helping Nacional to a surprise run to the Copa Libertadores final in 2014 — the feeling that was Balbuena was ready to make the jump up and prove himself at the highest level.

His strong and aggressive style and good physicality boded well, while his positioning and discipline suggested he would be able to adapt to the cut and thrust of European football.

What’s more, one of Balbuena’s best attributes is his fantastic heading ability. Though not the tallest at 6ft 2in, during his final season in the Brasileirão, Balbuena averaged an impressive 3.1 aerial duels per game and of the 111 players to contest 25+ aerial duels, he had the best success rate (82.1%).

This particular skillset has translated well to the Premier League with both Balbuena (35) and Ogbonna (43) in the top five for headed clearances in the division.

However, a slight lack of pace was the main concern for those who thought that diving straight into the top flight of English football, rather than an initial move to a league like the Eredivise, could prove a step too far. Certainly, there were times last season when this was exposed and his ability to bring the ball out of defence was also shown up.

Nevertheless, this deficiency in his game has been mitigated by a successful switch to a back five at times this season, while the presence of a fit-again Fabianski has also benefitted the West Ham back line immeasurably.

Balbuena may never be a world-beater, but the resilience and hard work he has shown to bounce back and prove his quality in an unforgiving league are attributes that are worth their weight in gold.

The Paraguayan is emblematic of the feel-good factor that is slowly returning for Hammers’ fans.