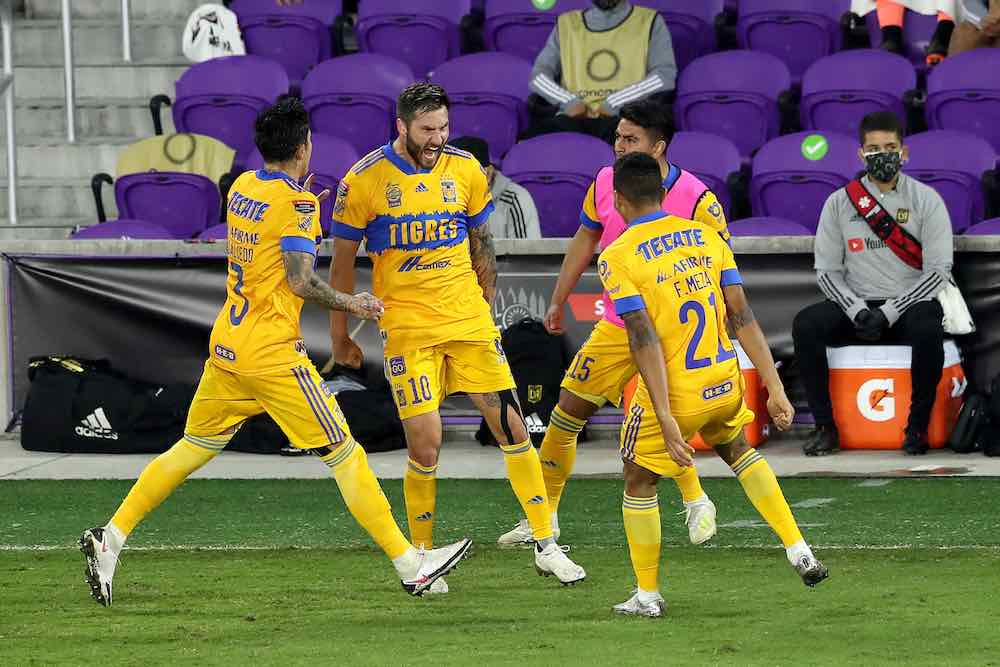 Playing in their fourth final in five years, Tigres captured their first Concacaf Champions League title with a dramatic 2-1 win over LAFC on Tuesday night in Orlando.

It was The Black and Gold who started the stronger of the two sides for the opening hour of the match.

Bob Bradley and Co. were rewarded for their early efforts in the 61st minute when a lovely Mark-Anthony Kaye chipped ball to the back post was finished eloquently by Diego Rossi.

After breaking the deadlock, Los Angeles made the mistake many teams often fall victim to when defending a lead — sitting in deep and inviting an onslaught of pressure from the opponent.

Tigres needed just 11 minutes to get things back to all square when Hugo Ayala headed home in the 72nd minute thanks to a needless corner conceded by LAFC.

Penalties appeared imminent in the closing moments with neither side willing to overcommit before Tigres found a breakthrough with six minutes of regular time remaining.

Following a mazy run through multiple LAFC defenders, right-back Louis Rodriguez spotted Andre-Pierre Gignac at the top of the box where the Frenchman found himself inexplicably in acres of space.

The Tigres talisman slotted home calmly despite a relatively uneventful evening, securing both the match and Golden Boot honours in the process.

Always the bridesmaid and never the bride, emotions poured over as the final whistle blew to crown Tigres kings of Concacaf and secured their spot in February’s FIFA Club World Cup.

At the other end of the pitch, it was heartbreak for an LAFC side who came oh so close to making MLS history by becoming the league’s first club to win the modern format of the competition.

Liga MX continues to dominate the tournament, and the most recent title marks the 15th consecutive year a Mexican team has taken it home.

The last American outfit to win the final were LAFC’s cross-town rivals, the Los Angeles Galaxy, who lifted the trophy back in 2000 when it was known as the Concacaf Champions’ Cup.

LAFC joins the not so coveted club of MLS teams to reach the final and come up short in the modern era alongside Real Salt Lake (2011), Montreal Impact (2015), and Toronto FC (2018.)

Some big questions remain unanswered following the strange and somewhat controversial circumstances of the final.

Was the absence of Eduard Atuesta too much to overcome for LAFC? Had they won, would this title warrant an asterisk beside it? Where does this run rank when compared to fellow MLS runners-up from years prior?

The one clear takeaway from Tuesday night is the alleged gap in quality between Liga MX and Major League Soccer appears to be closing with each passing edition of the Concacaf Champions League.