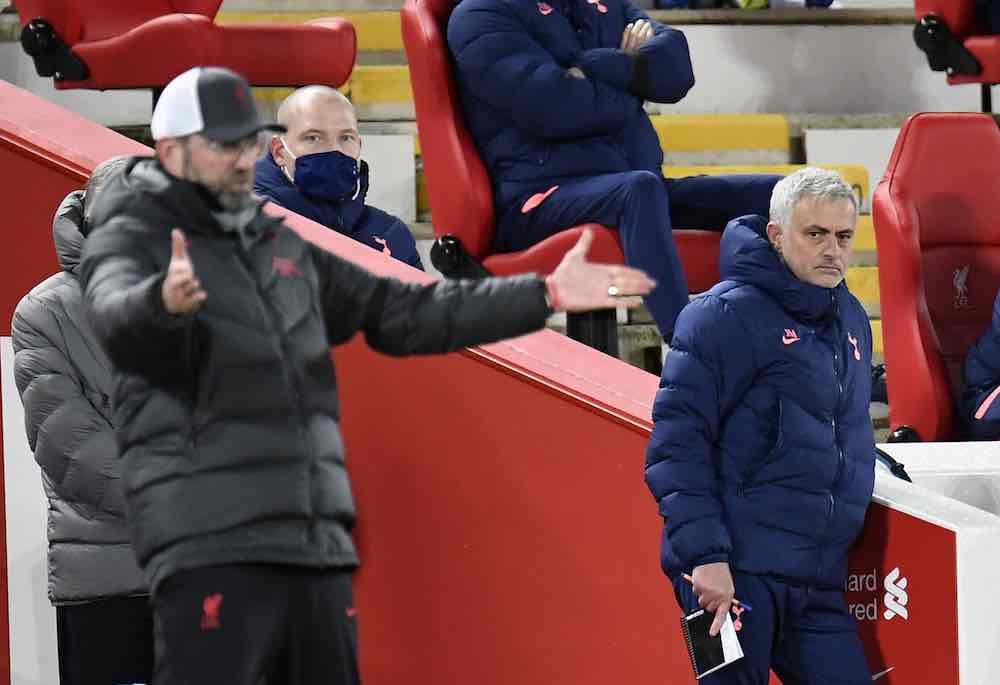 In recent years the Premier League has often been a two, or even one-horse race with the likes of Liverpool, Manchester City and Chelsea pulling ahead, leaving the rest to fight for Champions League qualification.

The unusual setting in which we find ourselves in 2020 has ripped up that form book, and this season’s title race is as open as it has been since Leicester City claimed it back in 2016.

As Christmas draws near, and with a barrage of games on the horizon for all teams, as many as seven clubs are all within earshot of league leaders Liverpool.

Nine points — a three-win swing — separate the top eight, and with both Manchester clubs having a game in hand it is anyone’s title this year.

Great starts from Southampton, Everton and Leicester, alongside the traditional juggernauts such as Liverpool, Tottenham, Manchester City, Manchester United and Chelsea, has opened up the league in what looks set to be one of the most exciting Premier League races in years.

With just two matchdays left from now until the end of the year, there will be plenty of movement in the table and some exciting clashes involving clubs at the top of the league. 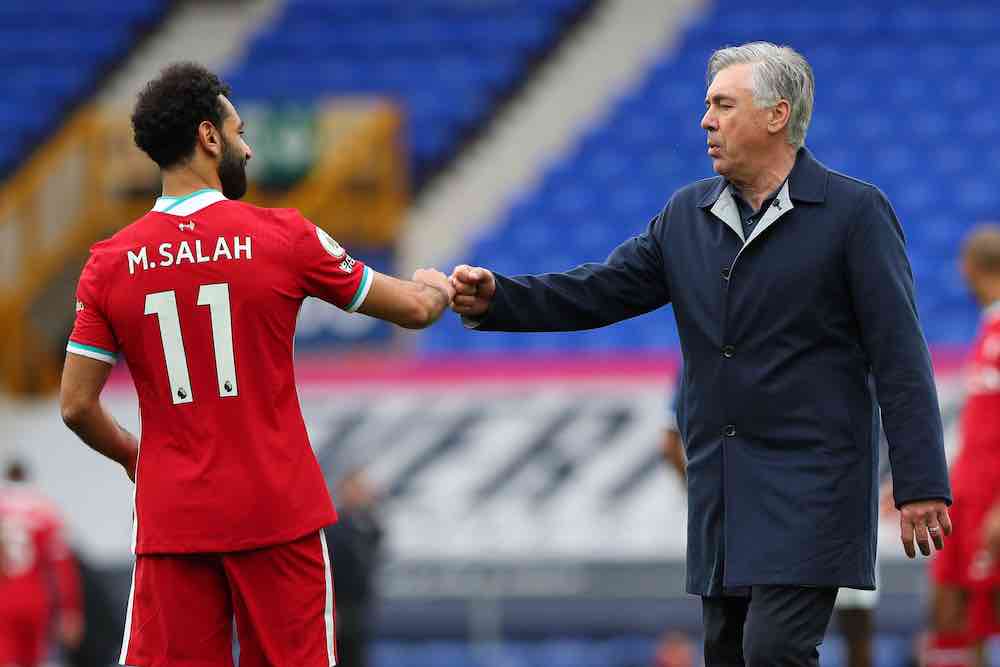 The emergence of Southampton has surprised many. Danny Ings, Che Adams and James-Ward-Prowse have all impressed this so far season, and are playing with a freedom and joy reminiscent of Claudio Ranieri’s Leicester — could we see a repeat of that incredible feat?

Former Premier League winner Carlo Ancelotti seems to be turning Everton into real contenders. Everton have managed to grind out results against Chelsea, Leicester and Arsenal in recent weeks, catapulting them back into contention after an excellent start to the season.

Players like Dominic Calvert-Lewin, James Rodriguez and Allan have gained plaudits from fans and pundits alike, with the former challenging Harry Kane for the England No. 9 shirt.

Brendan Rogers has taken Leicester to the next level after some flat performances from his predecessor Claude Puel. The Foxes now look like a team that will consistently challenge for the Champions League spots.

Jaime Vardy is showing no signs of slowing down at the age of 33, and the addition of Wesley Fofana has finally filled the hole left by Harry Maguire in the heart of defence. Their win against Tottenham only reinforces their credentials.

Leicester’s recent title success, coupled with Rogers’ vast experience including a title challenge with Liverpool and multiply trophy wins with Celtic, make it difficult to argue they don’t have what it takes to challenge at the top of the table. 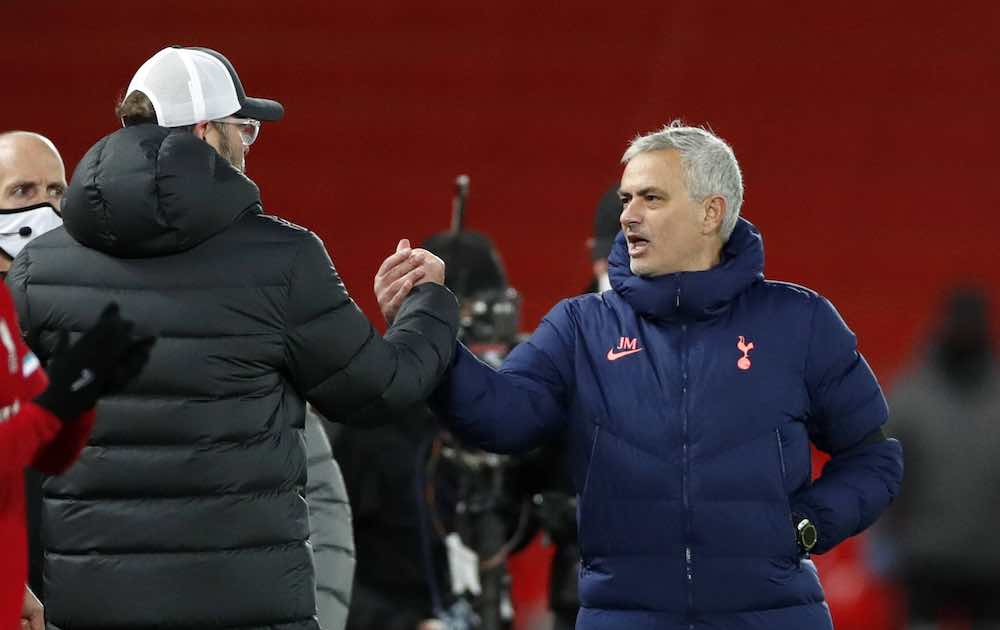 Mourinho believed ‘the best team lost’ when his Tottenham side were defeated by Liverpool, and the man is a serial winner both here and abroad. This Tottenham side is thriving under his stewardship — just look at how Kane and Son Heing-min are ripping up the league with their goals and assists.

So far this campaign Kane has scored nine with an impressive 10 assists already, while Son has managed 11 goals and four assists — that is championship-winning form for sure.

Not to be outdone by his former manager, Chelsea boss and club legend Frank Lampard has overseen a changing of the guard at Stamford Bridge with the likes of Christian Pulisic, Hakim Ziyech, Timo Werner and Kai Havertz all arriving in recent transfer windows.

The English coach is turning this young Chelsea side into a force again after several disappointing seasons by the clubs own high standards, and Lampard will not want to give up the title just yet.

The London club sit nine points behind current leaders Liverpool with a game in hand (Monday night against West Ham) and with two-thirds of the season left will be looking to close the gap.

Then we have the two Manchester clubs, both with a game in hand and both with an opportunity to put pressure on the sides above them.

Guardiola may be disappointed with his City side’s inconsistent form so far this campaign, with the recent shock draw to West Brom highlighting how the former champions have suffered in 2020.

It is hard to ignore a side that contains players such as Kevin De Bruyne and Raheem Sterling, and with most believing the real City has yet to get going this year, it would be no surprise to see the blue half of Manchester go unbeaten from now until May and claim yet another league title.

The red half of Manchester, on the other hand, is in what feels like a perpetual transition. Manager Ole Gunnar Solskjaer has come under intense scrutiny ever since he replaced Jose Mourinho, and that scrutiny has continued this season.

If they win their game in hand, Man United will find themselves just two points behind leaders Liverpool, and an impressive 6-2 thrashing of Leeds United revived their numbers in the goal difference column.

Bruno Fernandes may yet win player of the season, regardless of who wins the league. The Portugese star has scored nine and assisted five goals in 13 league appearances so far, and is at the heart of all things good at Old Trafford.

The once-great Red Devils bowed out of the Champions League in some sort of European meltdown, but after all, they did almost qualify from a group that boasted two of last year’s semi-finalists — hardly the worst of tragedies.

It may seem as unlikely as Arsenal dropping into the Championship but Solskjaer is used to pulling rabbits out of hats….Camp Nou 1999 anyone?

If many years of Premier League football has taught us anything, the cream nearly always rises to the top. Klopp’s Liverpool side have gained some positive results despite some poor performances — most notably the 7-2 thrashing they received at the hands of Aston Villa, and the more recent lacklustre performance at Craven Cottage, as Scott Parker’s Fulham gave the champions a run for their money in a 1-1 draw.

Despite a couple of wobbles, the Merseysiders look in a strong position to regain their title. After beating Spurs on Wednesday night and securing a record-breaking 7-0 away win at Crystal Palace at the weekend, Mohamed Salah and co have edged out in front.

So whilst we do not know who will win this year’s Premier League yet, we do know that the next few weeks could be key in deciding who has the stamina to go all the way.

Come early January we may see a few sides start to pull clear and the race may lose a few horses along the way, as the so-called most competitive league on the planet may actually live up to that statement.