End Of An Atalanta Era: What Legacy Will Papu Gomez Leave In Bergamo? 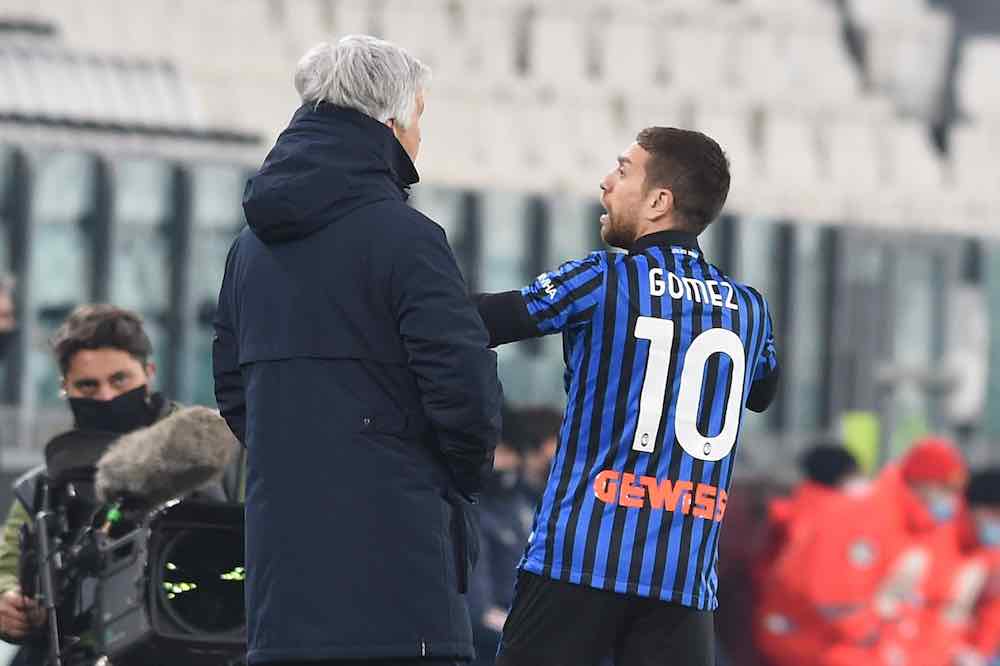 With his departure confirmed, the legacy of Atalanta’s eternal captain Papu Gomez will live long in the memory of the Bergamaschi.

They were almost there. Entering stoppage time at the Estádio da Luz the fairy-tale was about to enter its next chapter. The ultimate David vs Goliath. In the end, the might of Paris Saint Germain was too much for Atalanta.

Two goals in as many minutes ended the Italians’ European adventure. Leading them into battle in Lisbon was Alejandro Darío Gomez – the club’s second all-time top goalscorer with over 200 appearances, ‘Papu’, as he’s more commonly known, had personified everything that was brilliant about Atalanta’s meteoric rise.

Dynamic, courageous and daring: Gomez was the figurehead of an Atalanta side that had gone from Serie B to Champions League quarter-final in less than ten years. The face of the Bergamaschi.

Football supporters go to stadiums, those in Bergamo go to Atalanta. Such is the doctrine of Atalanta for the Bergamaschi, football goes beyond the realms of beliefs, actions and lifestyles – it is more than a religion. Every child born in Bergamo is gifted an Atalanta shirt before they leave the hospital. If you are from Bergamo and you don’t support Atalanta, you’re an alien.

Such a devoted faithful needed a suitable leader. They found it in Papu Gomez – a combative player, capable of playing in most attacking or midfield positions, with dual Argentine-Italian citizenship, Gomez’s stumbling and unassuming career found its home in Bergamo.

Having flirted around with a few Argentine and Italian clubs, before a surprise move to Russian side Metalist Kharkiv, Gomez moved to Atalanta in 2014, forming an immediate relationship with coach Piero Gasperini.

A career-best 16 goals in 2016-17 dragged Atalanta to a fourth-place finish and European football for the first time in almost 30 years. A Europa League campaign, that eventually ended in defeat to Borussia Dortmund in the Round of 32, was just a precursor for things to come.

Following the retirement of Cristian Raimondi in 2017, Papu Gomez took the armband. With the added responsibility, Papu flourished. With the weight of the Bergamaschi on his back, Gomez along with his group of misfit footballers and under the tutelage of Gasperini, did the unthinkable in 2019 and brought Champions League football to Bergamo for the first time.

In that same season, Atalanta were moments away from recreating the triumph of 1963 and lifting the Coppa Italia – two goals in the last ten minutes of the final for Lazio ended their hopes of winning only the second trophy in the club’s history. The wheels were in motion.

After three matches in the 2019-20 Champions League group stage, their future in the competition looked ominous. Sharing a group with Dinamo Zagreb, Shakhtar Donetsk and Manchester City, Atalanta were without a point.

A point against City in the return fixture built the platform for Atalanta to push on. Picking the ball up inside the Zagreb half, Gomez shimmied past one, chopped past another, before rifling a right-footed strike past the goalkeeper, all whilst hardly breaking stride. Papu’s first Champions League goal had secured Atalanta’s first-ever win in the competition. The captain and the club were off the mark.

Two wins from their final two matches were enough for Atalanta to scrape past Zagreb and Donetsk, taking the final qualification spot in the group. The club who had never performed on a stage this big and had threatened to bow out after the first act, were about to come out for an encore.

When the knock-outs came around, Bergamo shut down. The city’s mayor sent his child into school with a note telling his teacher’s he wouldn’t be attending the day of their Last 16 tie with Valencia. Giorgio Gori told the school that his son would be absent for “historical and cultural reasons”. 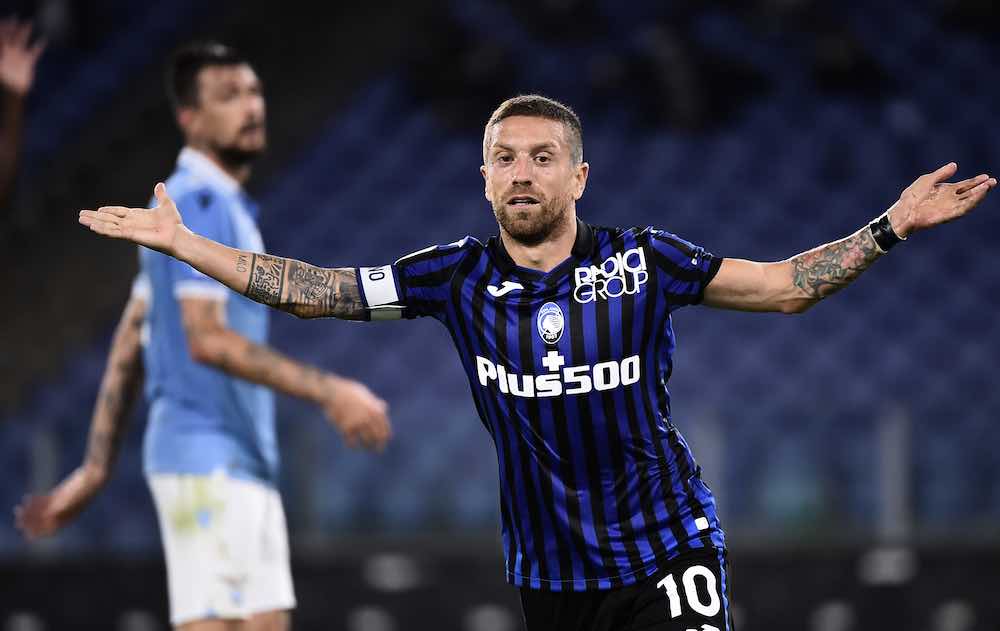 Whipped across the six-yard box and on a plate for Hans Hateboer, Papu Gomez’s ball was flawless. It was the first goal of four on an iconic night for the Bergamaschi. Heading into the second leg at the Mestalla, Atalanta led 4-1 on aggregate. It was one of the proudest nights in Bergamo’s history. Tragedy was about to strike for the city in Northern Italy.

Atalanta’s exploits had shone a light on Bergamo, elevating its reputation above its more economically comfortable Lombardy neighbours, Milan. When the Covid-19 pandemic hit the eyes of Europe were once again transfixed on Bergamo.

Before even the most preventative of measures were in place across Europe, Bergamo was already mourning. Its close proximity to the ski-resorts of central Europe meant the city became the pandemic’s epicentre. Morgues were overwhelmed, hospitals had run out of ICU beds and the army was deployed to transfer the mass amount of dead bodies.

By the time, the second leg against Valencia came around, the rest of Europe was privy to the devastation Covid-19 would cause. The Mestalla was empty as Atalanta romped past Valencia to reach the quarter-finals, scoring another four goals in the process.

Stood in the centre circle following their historic victory, captain Gomez and the rest of the Atalanta squad held out a t-shirt reading “Bergamo this is for you”. There were more cases and deaths in Bergamo in the early parts of the pandemic than anywhere else in the world. Where once Atalanta had shouldered the joyous expectations of a city, now they represented its salvation.

When football returned from its hiatus and their Champions League journey continued over to Lisbon for the PSG quarter-final, the Atalanta fairy-tale was now well known. Bergamo began to dream when Mario Pašalić put Atalanta ahead. But with the second-half departure of Gomez to injury, hope dwindled and the inevitability of PSG eventually gave in. Atalanta may have lost in Lisbon, but they exited with pride.

Despite coming from the richest province in Italy, Lombardy, Atalanta were not a club flowing with cash. Their transfer business was notoriously shrewd. The occasional permanent transfer was scattered in-between a series of loan moves. Gasperini’s Atalanta became a refuge place for players in the twilight of their careers to shine.

Josip Iličić had played out a modest career before joining Atalanta in 2017. Striking up a connection with the Slovenian striker, Papu Gomez’s creativity was complimented by the finishing ability of Iličić. Gomez notched up 16 assists either side of the break in football, an all-time Serie A record.

By now Atalanta were no longer plucky underdogs, they were starting to flex their muscles. Having disrupted the traditional Serie A cartel, Atalanta were beginning to establish themselves as contenders for the Scudetto.

Their third-place finish meant another season of Champions League football, but with the expectations placed on Gasperini and Gomez’s side, they’ve stumbled in the first half of the season. Unlikely defeats against Napoli, Sampdoria and Hellas Verona have blighted their campaign, and the prospect of another top-four finish becomes harder with each dropped point.

Yet the Bergamaschi club were able to match their heroics from twelve months earlier and qualify for the Champions League knockouts once more, negotiating a tricky group with Liverpool, FC Midtjylland and Ajax. Atalanta will once again mix it with European royalty in the Last 16 stage, travelling to Madrid to face Real.

But if Atalanta are to progress to the quarter-finals again, they’ll have to do it without Papu Gomez. The relationship between Gomez and Gasperini became untenable in the Gewiss Stadium dressing room – Atalanta’s home ground.

Having been criticised at half-time by his manager for his poor performance against Midtjylland, Gomez refused to return for the second half, effectively signing the death warrant for his Atalanta career. The bust-up sent shockwaves through the club, with Gasperini set to resign to protect Gomez’s legacy. The adopted son of Bergamo had played his last games as an Atalanta player.

A transfer request was submitted and subsequently granted for Gomez and his future was set. A sour end to a spectacular career as an Atalanta player, the story of Papu Gomez in the black and blue stripes will be told for generations in Bergamo.

When Gomez joined Atalanta, they were never meant to go as far as they did. In another universe Papu stays at Atalanta, continuing to add to his 252 appearances and retiring at the club. But ultimately, he won’t.

Gomez’s contributions have transformed the fortunes of Atalanta and built the structure for the club to maintain the push for success in years to come. He was the face of Atalanta’s golden era and his departure signals a watershed moment in the club’s history.

The importance of Gomez’s legacy will be up to the Bergamaschi to decide in the weeks, months and years to come, but however Papu is remembered, the joy he brought to Bergamo in their darkest hours will forever be considered invaluable.