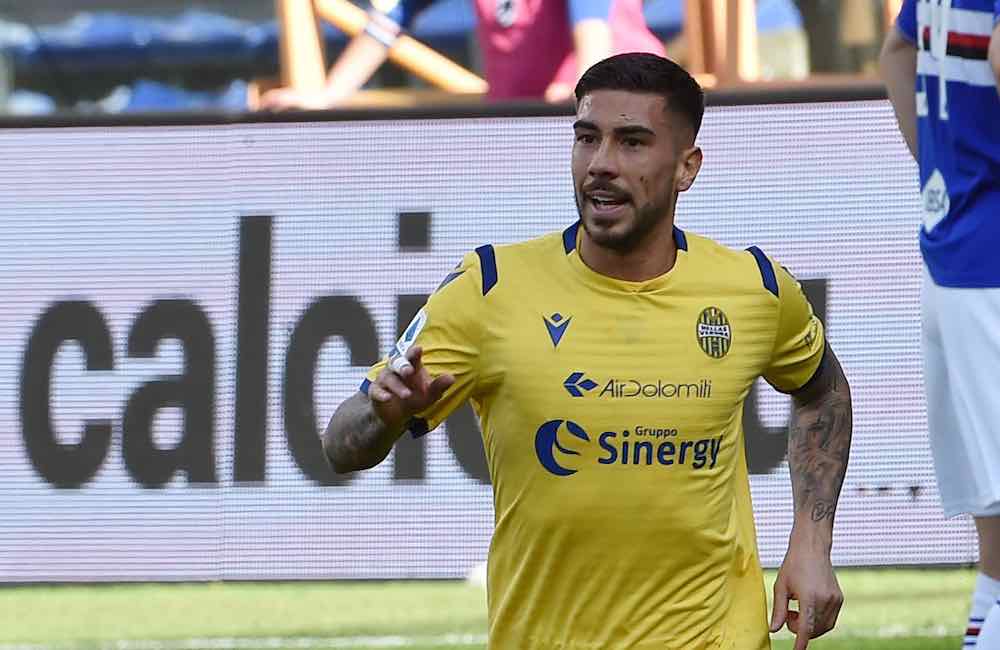 Ivan Juric’s Hellas Verona shocked many with a rather impressive 2019-20 season, at the end of which they were ninth in the Serie A league table.

The 2020-21 campaign is off to a similar start, and this is thanks in no small part to their very talented creative midfielder, Mattia Zaccagni.

The 25-year-old is quietly putting together another solid season, featuring in all 18 of Verona’s Serie A matches contributing six assists and four goals — one of which was an incredible game-winning bicycle-kick goal against Spezia.

Having already surpassed his goal total from last season, Zaccagni’s has contributed to 45% of Verona’s goals this season and it seems the Italian will only get better.

Zaccagni creativity and vision are on show this time around as he is continuously looking to involve his teammates. The versatile midfielder is undoubtedly talented and constantly improve which is why it is unsurprising that some of the big Serie A teams are looking to sign him.

He’s skilled, creative, versatile, and also a player who makes his teammates better. In his earlier days, Zaccagni was mostly known as a box-to-box midfielder, but since Juric took over at Verona he has been transformed into more of an attacking midfielder.

In Juric’s preferred 3-4-2-1 formation, Zaccagni usually lines up as one of the two attacking midfielders behind the striker, but has also featured deeper, as a central midfielder and even on the left.

Versatile players are often attractive to big teams, making Zaccagni a prime transfer target for many.

Zaccagni also averages 1.5 successful dribbles per match, 0.9 key passes, but his pass success is fairly low at 73.6%, suggesting he’s a player who likes to try the more difficult but often more rewarding pass. This is all complemented by wonderful vision, and he is often able to create an attacking opportunity by providing the perfect pass to his teammates, sending Verona into dangerous attacking areas.

As Zaccagni continues to impress, Juric deserves a lot of praise for pushing him to play closer to goal. This change in position has not only helped Verona but also the player himself.

Juric was full of praise for his star in a recent interview, stating: “[Zaccagni is] one of the most intelligent footballers I ever coached because he makes his teammates play well.”

With Zaccagni in incredible form and his contract set to expire next summer, there is no surprise a few of the top Serie A teams are interested in the player — most notably Inter, Napoli and Milan.

Rumours continue to grow that Napoli are in pole position to sign the Italian and are working to iron out the details in order to complete the deal.

#Napoli have reportedly reached a principle of agreement to sign #HellasVerona’s Mattia #Zaccagni with the player who would move to the Stadio Maradona at the end of the season. https://t.co/Ug81LipQ98 #Verona #Transfers #SerieA #Calcio pic.twitter.com/oXCZNfk2ZG

Under Gennaro Gattuso, Napoli usually operate in a 4-2-3-1 formation and Zaccagni could be a perfect option for this system. He is able to play on both the left side or down the middle, which could see him being backup to club captain Lorenzo Insigne on the left, or operating behind the striker.

It seems as though it is only a matter of time before this deal is completed and it would be a stellar piece of business for Napoli. Zaccagni is very talented, relatively cheap, and versatile.

Although he has yet to receive a call up to the Italian national team, a move to a bigger club may help him achieve that goal. If he is able to continue to contribute at Napoli the way he has at Verona, it would not be surprising to see Roberto Mancini gave him a chance with the Azzurri.

It is clear that the attacking midfielder is able to make things click for this Verona team when he is at his best and if the 25-year-old does end up joining Napoli, his new club’s supporters will be hoping for more of the same.

Since he joined Hellas Verona back in 2014, Zaccagni has been a valiant servant, but it may now be time for him to make a step up. This would certainly be a positive move for his career, and he has certainly earned his move.

Hopefully he will be able to continue his inspiring form for Verona this season, and for Napoli if, or more likely when, the move does happen, as he remains an excellent player to watch.