What Can Klaas-Jan Huntelaar Bring To Struggling Schalke? 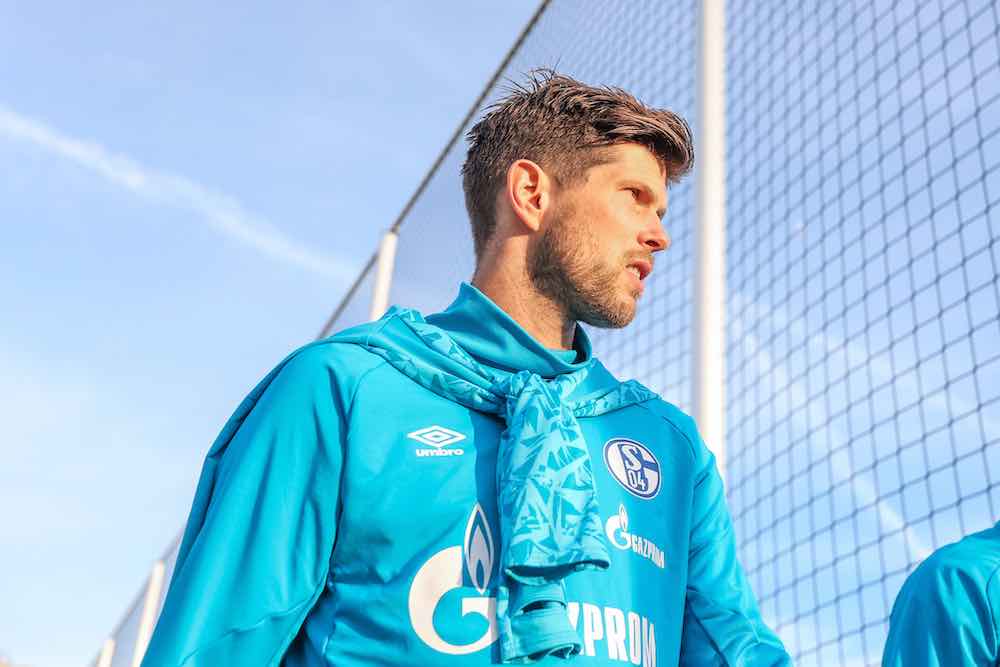 Klaas-Jan Huntelaar is returning to Schalke. The 37-year-old striker has re-joined the club at which he is the second-highest all-time goal-scorer behind Klaus Fischer, with 126 goals in 240 games.

What has been a frustrating and painful season for the Royal Blues, can be slightly sweetened by the return of one of their most beloved players.

Scoring 42 goals for the Netherlands in 76 appearances, and having played for some of Europe’s most elite clubs whilst also cementing himself as a favourite amongst both the supporters of Schalke and Ajax, it’s hard to argue against Huntelaar being one of the most consistent and memorable strikers of the 2010s.

Huntelaar announced in mid-December that he was going to retire at the end of the season, but signing for Schalke in the second half of the transfer window could see him play on for longer.

Schalke, who sit bottom of the Bundesliga with seven points, are on the edge of their first relegation since 1988. Although survival is still possible, it’s going to be a tough uphill climb if they want to remain in the top flight. Can Huntelaar contribute towards a possible survival?

Schalke have lacked a lot of things this season, but something a signing like Huntelaar can work towards fixing is the lack of threat up front.

Almost all of the club’s strikers and attacking players have failed to impress this season. Mark Uth and Benito Raman have only found the back of the net twice, while loanee Gonçalo Paciência has only scored once in eight games. Steven Skrzybski and Ahmed Kutucu have not scored at all.

Hope has been found in Matthew Hoppe, a 19-year-old American striker who was initially chosen out of desperation due to the alarming lack of goals.

He made his debut in November and scored his first senior goal, before scoring a hat-trick in a 4-0 win against Hoffenheim on January 9, also ending Schalke’s 30-game winless streak. He is now their leading scorer for this season with four.

In a sense, the signing of Huntelaar is obvious. If you need goals, it’s probably best to trust one of your all-time leading goalscorers who hasn’t retired just yet — especially considering Huntelaar remains one of the most deadly poachers in the penalty box.

Even if Huntelaar does not score many for Schalke this season, he is likely to be the best person to give guidance to the young Hoppe.

Consistency is probably the greatest quality Huntelaar possesses. It’s certainly hard to compare his records to other strikers like Robert Lewandowski, but his strike rate has remained almost the same throughout his career.

Strikers who score consistently throughout their careers are largely under-appreciated until they decide to retire. Just six days before signing for Schalke, Huntelaar scored two goals in an 89th-minute substitute appearance to give Ajax a 3-1 win against FC Twente.

Even if this is the last season of his career, Schalke should still be able to get something out of him.

Despite the reasons stated so far for why the signing is beneficial, it could also be seen a desperate manoeuvre.

Why couldn’t Schalke have afforded a younger striker who may have offered more beyond the end of this season?

Regardless, Huntelaar will certainly be beneficial to have around. What has been a revolving door of managers the past few seasons could do with some influential heads to guide the players to survival.

Only time will tell whether Christian Gross can dig Schalke out of the deep hole, but it can only be a good thing for one of the most prolific players to ever play for the club to return to the dressing room.

What this move also provides is an opportunity for Huntelaar to further his ambitions beyond the pitch and into the dressing room. He said in his announcement that he would look at getting a coaching degree in the near future.

Although occupying a less prolific league, Ajax have a far more prestigious and excellent group of coaching staff. Schalke, with it’s forever changing coaching situation is probably the best way Huntelaar can work his way up to a senior coaching position within a football club, especially considering his status in Gelsenkirchen.

Who knows? Maybe we could see Huntelaar head coach of a Schalke side in the near future. But first, he will try to steer them closer to safety on the pitch.