10 Uruguayan Wonderkids From The 2020 Clausura 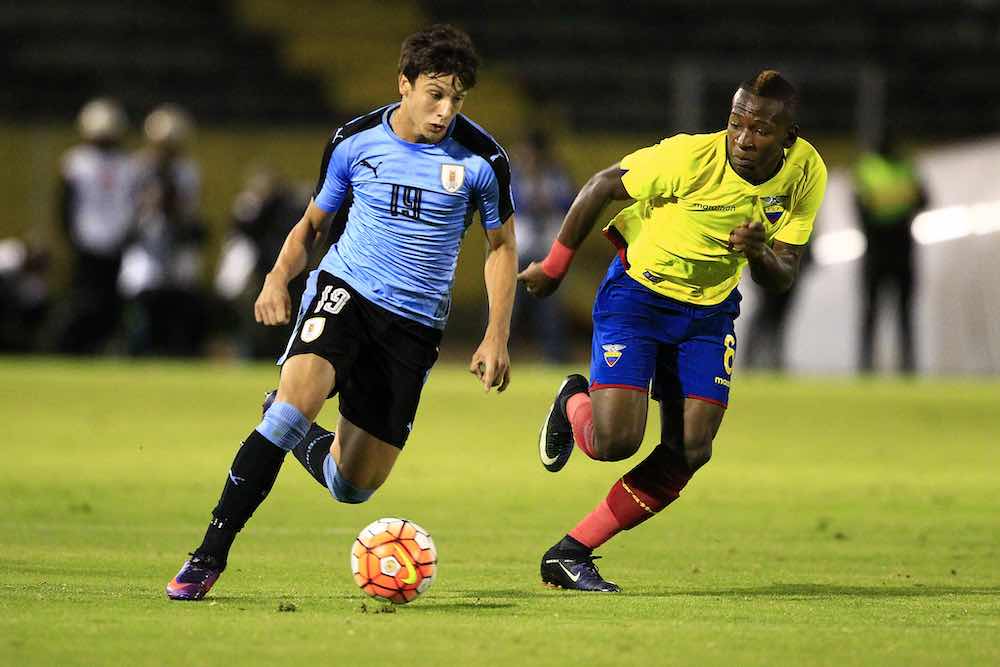 The 2020 Uruguayan Clausura — delayed due to Covid — belatedly concluded at the end of March with minnows Liverpool claiming a first top-flight league title.

This was no flash in the pan though. The Negriazules have steadily consolidated themselves since returning to the Primera Division in 2015 and their latest triumph follows hot on the heels of victories in the 2019 Torneo Intermedio and the 2020 Supercopa.

Liverpool’s success has been firmly rooted in putting faith in their academy and all across the league there were a number of impressive performances from talented youngsters. WFi takes a look a ten of the standout starlets.

It’s only fitting that the first word should go to the champions and arguably no one stood out more than the 21-year-old right back. An ever-present in his debut season, Pereira’s boundless energy was essential for Liverpool in both attacking and defensive phases and he contributed three goals and three assists.

Since the start of the 2020/21 Championship, Pereira has topped the stats in most defensive duels (342) and was second for interceptions (243), while no one bettered his 101 progressive runs. His 70.41% success rate in dribbles placed him in the top 5 in the league too.

This fine form saw Pereira called up to the national team and it won’t be long until others begin to take notice too.

After Facundo Pellistri left for Manchester Utd, Torres has stepped up to the mantel of best prospect at Uruguayan giants Peñarol.

A creative, skilful attacking midfielder or wide forward, the 20-year-old unsettled defences with his pace and trickery from the left flank and no player under the age of 23 contributed more key passes than Torres.

Torres ended the season strongly with four of his five goals coming since the end of January and his 177 dribbles placed him in the top three in the entire division. Along with fellow attacking prospect Agustin Alvarez Martinez (19), the Carbonero academy looks to have another couple of gems in its hand. 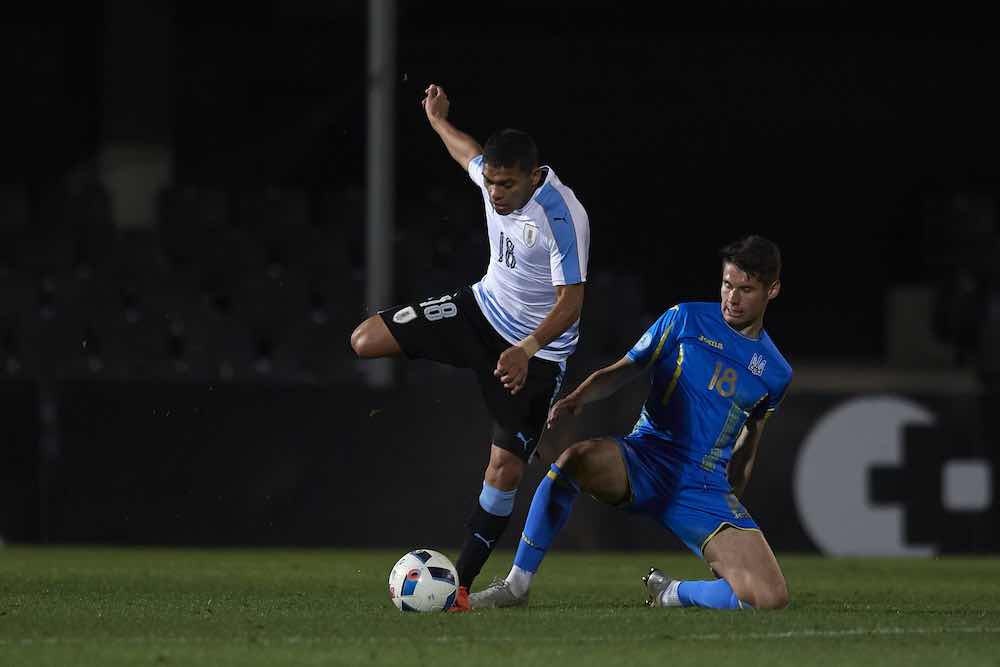 Despite not showing their best in the Clausura, Nacional have been the most consistent team in Uruguay, both domestically and in continental competition, and have a side absolutely brimming with youth.

Centre backs Mathias Laborda (21) and Renzo Orihuela (19) have been impressive for some time and the tall defensive midfielder Emiliano Martinez (21) has established himself as a key member of the first team. However, it is tricky winger Brian Ocampo who really shone in the Clausura.

The 21-year-old was on a box of tricks on the right flank and since the turn of the year, no player in South America has more assists than Ocampo’s 11 in his last 18 games. Always looking to dribble and isolate defenders, Ocampo is adding end product to his game and looks as if he is starting to fulfil his potential.

No list would be complete without Arezo, and the 18-year-old striker maintained his sparkling form with another 4 goals in 13 games to take his tally up to 13 in 34 for the season.

Having hit the ground running ever since his debut 18 months ago, he is already among the most consistent forwards in the division and one of the most exciting prospects on the entire continent.

Nicknamed the Bufalo for his potent mix of strength and power, Arezo also possesses intelligent movement, relentless work rate and a fantastic range of finishing that allows him to score every kind of goal. It’s only a matter of time before a top club comes calling.

MATIAS AREZO FEATURES IN THE WFi FANZINE
THE NEXT WAVE OF SOUTH AMERICAN WONDERKIDS
AVAILABLE TO PATRONS AT NO EXTRA COST! SIGN UP HERE!

Given how much better Liverpool were than everyone else and their focus on youth development, it’s impossible to choose just one player from la Cuchilla.

As well as the aforementioned Pereira, the attacking exploits of Ignacio Ramirez (24) and Agustin Ocampo (23) stand out, while Alex Medina (22), Martin Fernandez (19) and Gonzalo Perez (20) also made important contributions. However, it’s 18-year-old Fabricio Diaz whose midfield displays elevate him above his peers.

An ever-present in the centre of the park, Diaz covers every blade of grass, wins the ball back well – typically averaging 9.22 recoveries 5.62 counter-pressing recoveries per 90 – before getting his team on the front foot with his fine range of passing.

While his discipline could use some work, in the space of a year Diaz has become one of the hottest prospects in the country.

Danubio may have suffered relegation for the first time since 1969 but one ray of shining light in a poor season for la Franja was the emergence of Nicolas Siri.

The 16-year-old striker exploded onto the scene with a goal against Nacional on his first start, before netting a perfect hat-trick against Boston River the very next game – the second-youngest player to do so after Trevor Francis.

A tall, elegant centre forward with movement and composure beyond his years, Barcelona are among the clubs already rumoured to be tracking the precocious teen sensation.

Much like their rivals Danubio, Defensor Sporting were another of the big casualties this season, as their 55-year stint in the top flight ended with only the second relegation in their history.

While the club seemed to have moved away from their guiding principle of trusting in the academy — and have paid dearly for it — there are nevertheless a number of interesting prospects on their books.

Ignacio Laquintana (22) and Alan Rodriguez (21) have been consistently impressive for some time, while Matias Ocampo (19) had a breakthrough year and Facundo Millan (20) has shown signs of reigniting his career.

Nevertheless, it is 18-year-old midfielder Vicente Poggi who looks to be the pick of the bunch. An intelligent deep-lying midfielder and former U17 international, Poggi made 24 appearances and demonstrated his fantastic passing range and solid defensive work. Defensor will hope they can hang onto him as they look to bounce back at the first time of asking.

A notable trend in the Clausura was the number of impressive young keepers in the league. Sebastian Lentinelly (23) at Liverpool, Ignacio De Arruabarrena (24) at Wanderers, Santiago Mele (23) at Plaza Colonia and Rodrigo Formento (21) at Cerro all had great campaigns, while Nicolas Rossi (22) at Rentistas, Nahuel Suarez (20) at Progreso and Lucas Machado (22) all showed promising signs too.

Arguably the best of the lot though is Torque’s Fiermarin, who kept six clean sheets in 15 games during the Clausura.

The 23-year-old has quietly been very consistent for the City Group-owned club and boasts great reflexes, agility and distribution, while his total of 105 saves was joint third in the Primera last season. It will be fascinating to see who emerges from this group as a potential long term option for the national team. 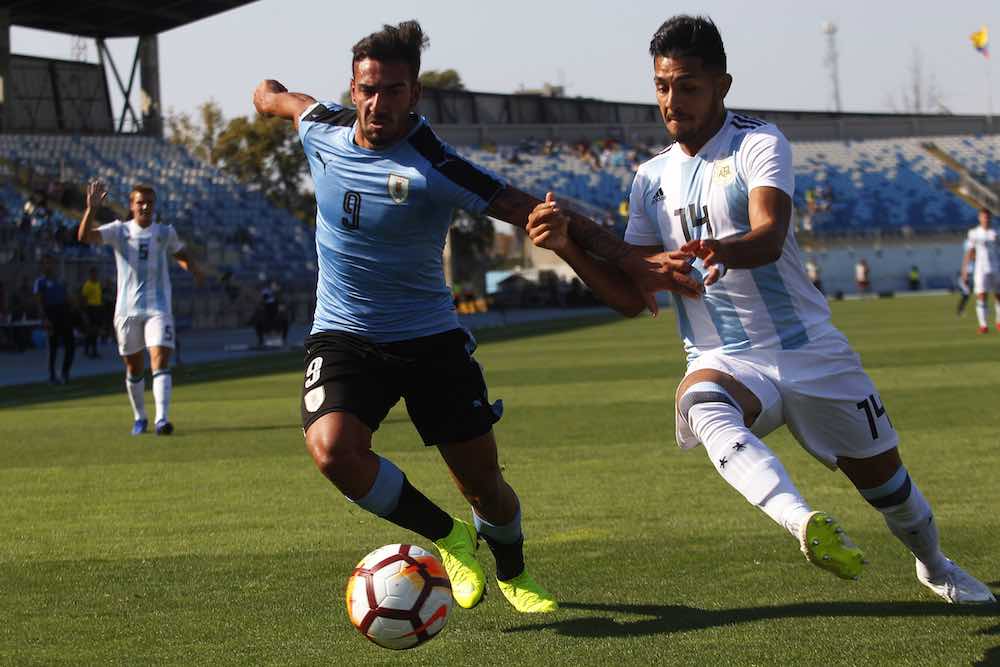 Facundo Batista (left) in action for Uruguay U20 vs Argentina’s Facundo Medina in 2019.

The ex-U20 International really found his feet at senior level this season after returning to Uruguayan football last year. The 22-year-old was 4th top scorer in the Clausura with 8 goals in 15 games and 6th highest across the entire Championship.

Clinical in the box and an excellent header of the ball, Batista was a constant menace and formed an excellent relationship with gallivanting right back Agustin Sant’Anna (23) whose crosses were the source of many of his goals. A move to one of the country’s bigger clubs is surely on the cards.

Going some way towards filling the void left by Manuel Ugarte, 22-year-old Canobbio (featured image, left) has reinvented his game since his days at Penarol and has transformed into much more of an all-round midfielder.

Typically deployed on the right side of midfield, he has added a defensive element to his game with 7.79 defensive duels per 90 and a 65.67% success rate this season.

Still able to contribute going forward, he chipped in with 3 goals and 1 assist during the Clausura and also averaged 2.79 progressive runs per 90. Along with fellow prospects Ignacio Perreira (22) and Kevin Alaniz (18) — plus the signing of Rodrigo Amaral — there are many reasons to keep an eye on Los Albivioletas in 2021.