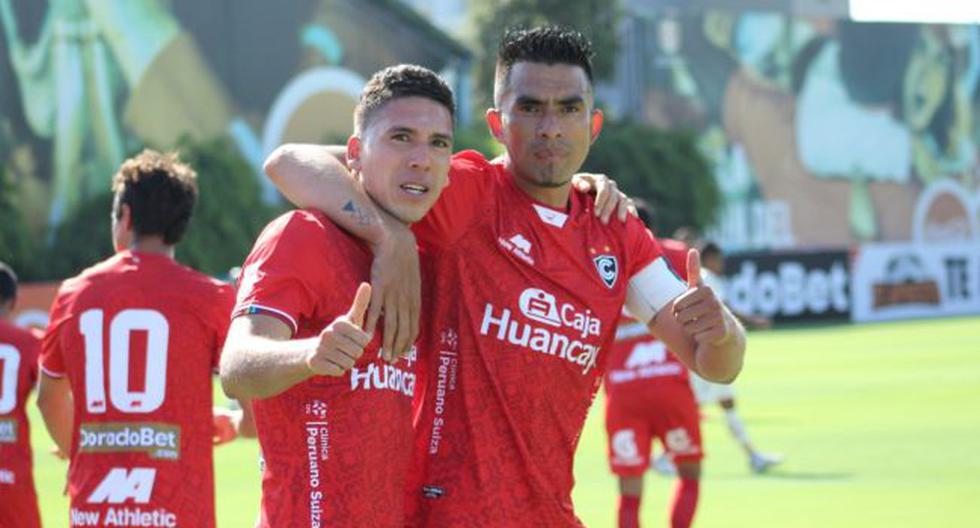 Club Sportivo Cienciano, a team from the historic Peruvian city of Cusco, sit in second place in Peru’s Liga 1 after five games of the new season, thanks to three wins and two draws.

Their greatest achievement came when they lifted the Copa Sudamericana in 2003, winning the two-legged final in dramatic fashion over South American heavyweights River Plate. They became the only Peruvian side to win a continental competition, something they have been able to lord over the sides from Lima who often dominate the domestic league.

Their run to the final that year came as a great surprise. They had spent most of their modern history in the lower reaches of the Peruvian Liga 1 and Liga 2. What made this victory even more memorable was the fact that after drawing 3-3 in the first leg in Buenos Aires, they had to play their return leg in the stadium of their fierce rivals Melgar. This was due to their own being deemed of a sufficient capacity to host a Conmebol final.

Melgar’s stadium in Arequipa is a 500km journey from Cusco where Cienciano played in front of a stadium full of Melgar fans all cheering on their Argentine opponents. This did not stop them and only made success even sweeter.

The last of three being the top of Group A clash @fc_ayacucho v @Club_Cienciano.

Cienciano are looking to put their mark on this group and aim to be a title challenger come the end of the season.#peru #fpf pic.twitter.com/pbYWU7HRnM

Now, they are managed by Marcelo Grioni, a former Argentine midfielder who started his career at Newell’s Old Boys. He came to Peru in 2016 as manager of Deportivo Municipal’s reserves and has since managed Municipal’s first team, Real Garcilaso and Sport Huancayo before taking his role at Cienciano in 2019.

Grioni’s side missed out on qualification for the Copa Sudamericana on goal difference last season to rivals Melgar after both finished on 41 points. They both conceded 34 goals but Melgar scored two more.

This season, the Cusco side have made significant changes on and off the pitch. New signings were made to improve the squad. Notable arrivals such as Kevin Sandoval from Sporting Cristal and Jordan Guivin from San Martin have been brought in to raise the quality in the starting line up, and Guivin is already being linked with a move to Argentine side Defensa y Justicia.

Luis Alvarez arrived from Ayacucho and has formed a strong partnership with Guivin in the centre of midfield. The two players complement each other well with Alvarez the more conservative, keeping possession with shorter passes. He also is busier defensively with 29 defensive duels over the first five games compared with Guivin’s 12, and 23 interceptions to Guivin’s five.

Guivin provides the more varied passing range and has four shot-assists and 30 passes into the final third with a 71% success rate.

He is able to start attacks in different ways including dribbling — he has attempted nine dribbles and completed eight.

This has given Cienciano a more varied threat from midfield combining protection for the defence with improved support to the attack.

A total of 17 players have been signed since the end of last season and a further three have come in on loan.

With this upheaval of the squad, Grioni has ensured a balance between experience and investment for the future. Older squad players, such as Carlos Mosquera who arrived from Club Deportivo Técnico Universitario in Ecuador, have brought depth to the side which will provide competition for places.

They have also brought in a number of young players with an eye on the future with the already mentioned Guivin as well as Jose Racchumick — a 19-year-old central defender from Sport Boys and Kevin Ferreyra a 21-year-old attacking player from Alianza Lima.

It should be noted that Jordan Guivin has a contract with Cienciano until the end of this year, but I imagine Defensa y Justicia are willing to pay a fee to have him mid year.

In any case, Cienciano could get a transfer fee and it would be great business for all parties

As well as improving the playing personnel, Cienciano have also invested in training and technological advances. They recently signed an agreement with the Wireless Inertial Measurement Unit (WIMU) — a Spanish brand of performance monitoring systems — to make use of technological innovation in performance analysis.

Sergio Ludeña Visalot, Director General, informed Andina.pe that he believes they are “adding a digital tool for the monitoring and performance of our professional team in the preseason and in training this year with the desire to be at the forefront of technology and modernity”.

Alongside this, Cienciano became the first Peruvian side to enter the world of online investments. They have joined the investment platform SeSocio, allowing fans and supporters to invest in the club and potentially be part of their progression and future success. The funds raised (they are seeking an investment of around $835,000) will be used for the construction of a new Sports Village in Oropesa, Cusco, and for the future purchases of players.

This is something new to the Peruvian league and comes with assurances from Guido Quaranta, CEO and founder of SeSocio.

“As a commitment and for the reassurance of all those who decide to invest in the club, Cienciano has the transfer of television rights in its favour and with a sufficient flow of funds, which it will use — in case of anything unforeseen — to fulfil its commitments towards the people who participate in this campaign.”

These efforts on and off the pitch are what Visalot will hope will bring success domestically this season. The goal is to qualify for the Copa Libertadores.

As part of the chaos caused by the coronavirus pandemic, all matches are currently being played in Lima. This means Cienciano don’t have altitude advantage in their home games as they usually would but are still topping their group and showing they have players and owners that can push the club forward.

Loading...
Newer Post
Copa Do Nordeste 2021 Final – Two In Row For Ceará Or Third Time Lucky For Bahia?
Older Post
All To Play For In Bundesliga Top 4 Race As Nagelsmann Switches Sides