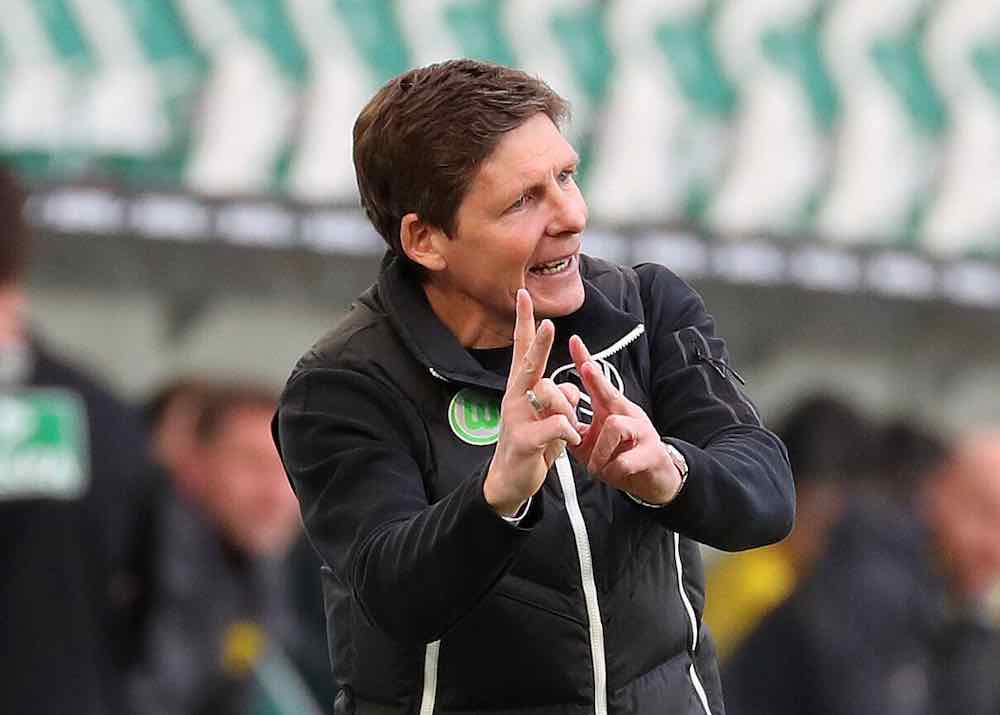 If, like me, you are a fan of the television drama series Line Of Duty, you will appreciate unexpected plot twists. The quest for the Champions League places in the Bundesliga has taken a turn of events that Jed Mercurio himself would be proud of.

Just a few weeks ago, Eintracht Frankfurt’s late victory over Borussia Dortmund ended the top-four race. Or so it seemed at the time. A seven-point gap between Frankfurt in fourth and Dortmund in fifth looked insurmountable.

Dortmund, with their defensive frailties and inconsistent form, looked set for the Europa League. Above them, Frankfurt and Wolfsburg had demonstrated surprising levels of consistency. Coupled with only a handful of games remaining and you’d be forgiven for believing things were sewn up.

The first twist came with the news of Frankfurt coach Adi Hütter agreeing to join Borussia Mӧnchengladbach in the summer. This was immediately followed by Gladbach thumping Frankfurt 4-0. A victory over Augsburg midweek suggested things were back on track. However, a 3-1 defeat to Bayer Leverkusen has helped change the complexion of the table.

Those two defeats in three games came after a run of just one defeat in the previous fourteen.

All this coincided with Wolfsburg only suffering a solitary defeat in fourteen games. But, they have also seen a change of fortunes with three defeats in their last four outings, the latest of which came at the hands of Dortmund on Saturday.

HUGE win for #BVB today and they had to really earn it the hard way vs an excellent VfL Wolfsburg. The race for the Champions League places is on in the #Bundesliga. 🖤💛 #WOBBVB pic.twitter.com/LBN1w2qw1Q

Perhaps most disheartening is that the defeat never looked in doubt after Erling Haaland gave the visitors the lead. Even a red card for Jude Bellingham early in the second half did little to alter proceedings. In the end, a second goal for Haaland with over 20 minutes left on the clock merely confirmed the inevitable.

It will be rough on Frankfurt or Wolfsburg, should either miss out on the top four. Both have been a breath of fresh air this campaign. They have overachieved as much as Dortmund and Gladbach have underachieved but still deserve enormous credit.

Hütter moving to Gladbach may be seen as a sideways step by some. However, given the history, infrastructure and increased expectations at Gladbach, it’s an opportunity to take the next step in his career.

The job Oliver Glasner has done at Wolfsburg also deserves recognition. A seventh-place finish in his first year was seen as a positive debut campaign. To follow it up with a potential Champions League finish on modest resources would be an incredible achievement.

Their approach of utilising a traditional target-man striker with direct play may not be to the liking of some. However, their transitional play is to be admired and organisation worthy of acclaim.

It was always unlikely that Glasner will be considered for the Bayern job, but is on Leipzig’s shortlist after Julian Nagelsmann replaced Hansi Flick. What Glasner has achieved will continue to attract admirers, as will a few of his players.

Goalkeeper Koen Casteels and centre-back Maxence Lacroix have caught the eye. As has the versatile Ridle Baku, who can play anywhere on the right and became a full international for Germany this season.

With only three games remaining and just two points now separating third-placed Wolfsburg from Dortmund in fifth, it’s all to play for again.

On paper, the run-in promises to make the next few weeks so interesting. Wolfsburg face Union Berlin, Leipzig and Mainz. Meanwhile, Frankfurt have the seemingly easier task of Mainz, Schalke and Freiburg. Dortmund must overcome Leipzig, Mainz and Leverkusen.

Intriguingly, Mainz have an opportunity to influence the final standings, taking on three contenders for the two available Champions League slots.

Not so long ago, they would have been foregone conclusions, with Mainz heading for relegation. That all changed at the end of last year. Christian Heidel returned to the club as an executive and Martin Schmidt came in as sporting director. The new administration’s appointment of Bo Svensson as head coach has proved to be a revelation. Mainz’s form since Svensson joined would have them challenging for the top four themselves.

As it is, they could have a big say who does get the lucrative Champions League places in what is proving to be an exciting end to this Bundesliga season.