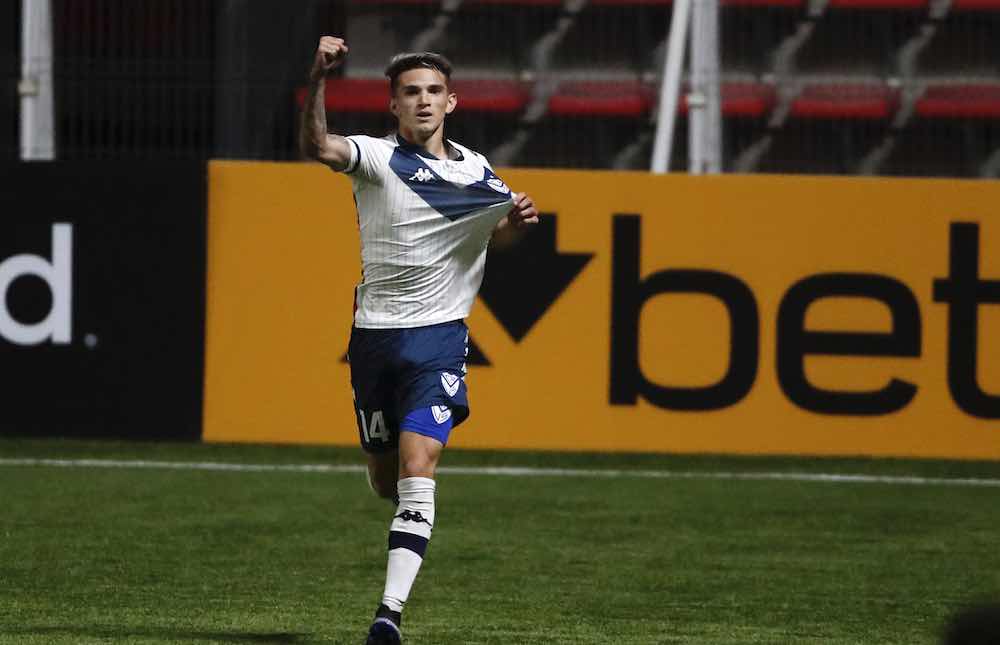 The 2021 Copa de la Liga in Argentina finished this month when Colón were crowned champions. They defeated Racing 3-0 to secure a first top-flight title in their 116-year history.

It was a deserved victory for Los Sabaleros, who topped their initial group before putting out Talleres and Independiente en route to the final. Overall, they were one of the most consistent and cohesive sides throughout the tournament.

Colón’s historic triumph aside, another of the key narratives was the number of young talents on display.

Established starlets like Thiago Almada, Julián Álvarez and Pedro de la Vega need no further introduction, while the likes of Alan Velasco, David Ayala, Giuliano Galoppo and Enzo Fernández continued to bolster their reputation after rising to prominence at the end of last year.

Below we take a look at ten lesser-known prospects who either broke through or underlined their potential during the latest campaign.

The face of Colón’s impressive run may have been cult hero Luis ‘Pulga’ Rodríguez but the emergence of Facundo Farias was another highlight for Los Sabaleros.

Having shown flashes of what he could do off the bench during the Copa Diego Maradona, the 18-year-old formed a great partnership in a more advanced role up front with Pulga, scoring two goals and making three assists in 11 appearances.

A mix of excellent technique and raw skill combined with a scrappy fighting spirit and relentless work rate, Farías has shades of a young Carlos Tevez about his playing style, albeit housed in a more athletic physique. It’s not surprising that Juventus have taken a keen interest in Colón’s diamond in the rough.

As well as Farías’ exciting exploits in the final third, plaudits must also go to centre back Facundo Garcés (21) and right-back Eric Meza (22) for their excellent defensive displays as Colon conceded 11 goals in 16 games.

One of the revelations of the tournament was Boca’s young central midfielder Cristian Medina. The 18-year-old quickly became an integral part of Miguel Ángel Russo’s side, playing 13 times and scoring once, as well as being a regular fixture in the Libertadores too.

The former U17 international made the step up to senior football look easy, boasting 90% pass accuracy and adding dynamism to a Boca side occasionally guilty of lacking energy.

Medina, alongside Alan Varela (19) and the returning Agustín Almendra (21), became part of a youthful core in the centre of the park — dubbed the ‘MVA’ by the Boca faithful — as Los Xeneizes reached the semi-finals. 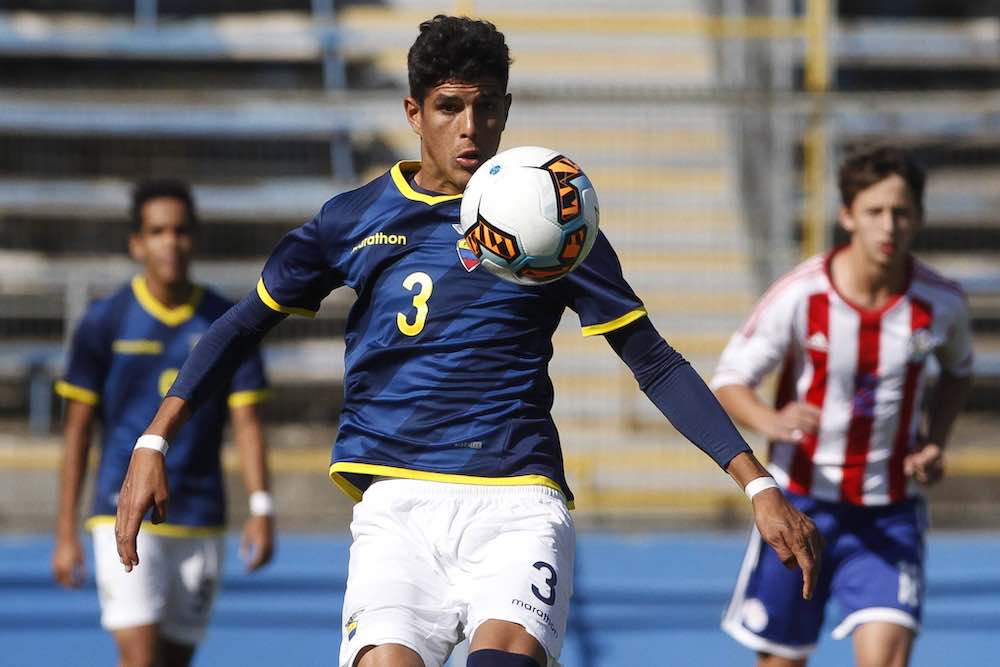 The young Ecuadorian defender had a standout debut for Talleres as they reached the quarter-finals of the Copa.

Having joined from Independiente del Valle last August, the tall, elegant centre back stepped up to the fill the gap left by Facundo Medina.

A left-footed ball-playing defender, Hincapie impressed with his ability to build from the back and was fourth highest for successful passes and fifth highest for progressive passes in the division.

Even though Thiago Almada is clearly the jewel in Vélez’s crown, 21-year-old winger Luca Orellano showed that he is the next exciting prospect from the prolific Fortinero production line.

Cutting in off the right flank onto his favoured left foot became a regular feature as Vélez stormed to top spot in Zone B before going out on penalties to Racing in the quarter-finals.

Pacey and direct, Orellano made the fourth most dribbles (91) in the league, while his 4.29 progressive runs per 90 was the highest in the division.

He also chipped in with two goals and one assist and the blond-haired wide-man looks set to be a big player going forward for Mauricio Pellegrino’s side.

The story of River’s fifth choice goalkeeper Leo Díaz making his debut in the Superclasico may have grabbed the headlines, but arguably the most impressive young goalkeeper in the Copa was Huracan’s 21-year-old stopper Sebastián Meza.

A good shot-stopper with a big personality and quick off his line, Meza impressed in his 11 games and could be a long-term solution for a position that has been a problem since the departure of Marcos Díaz in 2019.

Along with Lanús’ excellent Lautaro Morales, it shows that there is some good young Argentinian goalkeeping talent coming through.

Unión narrowly missed out on making the knock-out stages of the Copa but nevertheless showed that the Tatengue have reasons to be positive about the future.

With one of the lowest average ages in the division (25.2), there were a number of Union players worth highlighting; Juan Portillo (20) looks a great defensive prospect and Franco Calderón (23) and Federico Vera (23) also impressed, while Gastón González (19) and Boca loanee Ezequiel Cañete (21) also stood out.

However, wily winger Kevin Zenon was the pick of the bunch with his creativity and crossing from the flank. The 21-year-old scored one goal and laid on two assists in 12 games and always looked capable of coming up with a game-changing moment. A player and club to keep a close eye on. 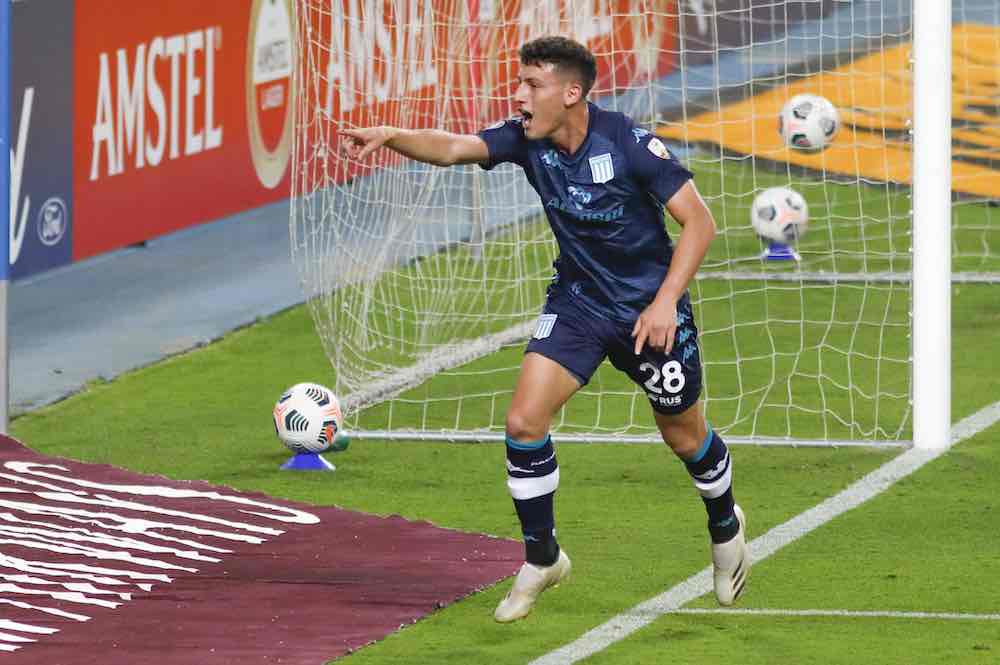 Perhaps not one of the newest names on the list, 22-year-old forward Chancalay exploded into goal-scoring form to show why he has been well-regarded since making his debut for Colón in 2017.

On loan at Racing, Chancalay hit form at the right time with five goals in 15 games, including the crucial brace against San Lorenzo to get them into the knockout stages before his temporary team reached the final.

Another five goals in the Libertadores has taken Chancalay’s tally up to 10 in 22 in all competitions for La Academia – a significant upturn in output from his eight goals in 82 games for Colón.

Elsewhere at Racing, right back Juan Cáceres had a breakthrough season, while Joaquín Novillo and Iván Maggi also made decent contributions. 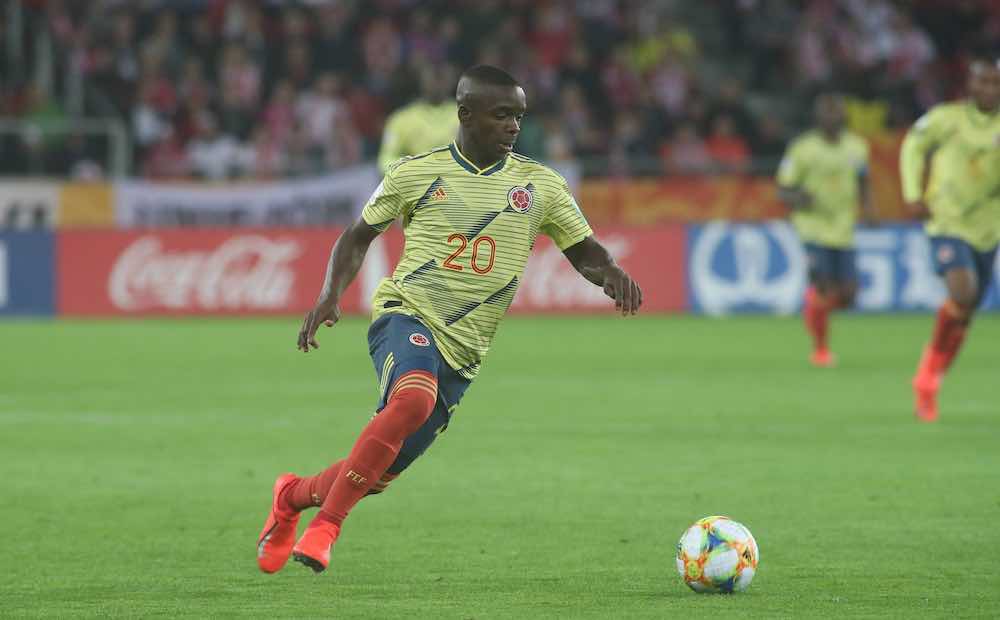 Following on from his impressive showing in the Copa Diego Maradona, the 21-year-old Colombian wide man cemented himself as one of the most exhilarating attacking talents in Argentina right now.

Carbonero’s searing pace, low centre of gravity and dribbling made him a constant danger from the left-wing.
The stats back up his eye-catching displays too. On top of his three goals and one assist, the former Once Caldas man also contributed 3 second-assists and ranked fifth across the entire league in key passes.

What’s more, only Boca’s Sebastian Villa made more progressive runs than Carbonero, while the Gimnasia winger also had the fourth highest number of touches in the penalty box, highlighting what a multi-faceted attacking threat he is.

One of the more under-the-radar young performers was right back Agustín Lagos at free-scoring Atlético Tucumán.

The 19-year-old was a bundle of energy getting up and down the flank and laid on three assists in his 10 appearances, giving him the fourth highest assists per 90 in the league.

Though his pace, crossing and exploits going forward may stand out, Lagos topped the charts for defensive duels per 90 (14) showing that he could hold his own on the defensive front too.

Fortunately for el Decano, the young full-back has committed his future to the club, extending his contract to 2025.

Independiente may not have always been scintillating to watch but their success was based on their rock-solid defence that conceded just 12 goals in 15 games.

This was especially impressive given the sale of Alan Franco to Atlanta Utd and one of the key performers who stepped up in his absence was Sergio Barreto.

The 22-year-old has been on the fringes of the first team for a few years but was an ever-present for El Rojo and even scored his first goal for the club as they got to the semi-finals.

What’s more, he was second highest in the league for defensive duels (132) and showed he could use the ball effectively with an 85% pass accuracy.

Along with Lucas ‘Saltita’ González and the aforementioned Velasco, Independiente will be looking to their young core to re-establish themselves as a force in Argentinian football.