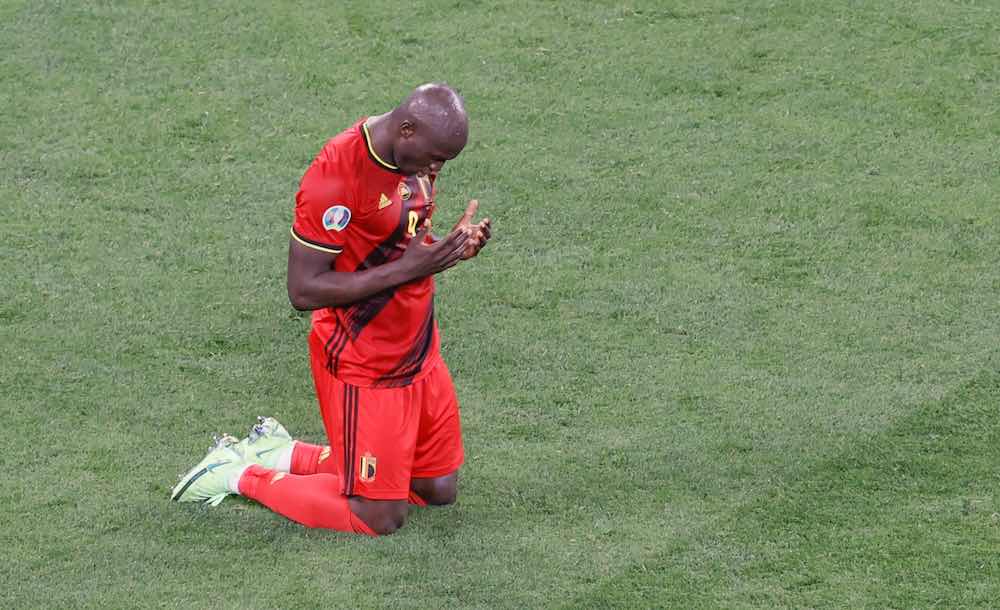 Belgium striker Romelu Lukaku provided a glimmer of hope and defiance during a weekend of football fraught with unsavoury and distressing scenes.

His two goals on Saturday evening against Russia in Saint Petersburg, where he and his teammates were booed as they took the knee before their Euro 2020 group game, were a much-needed tonic at a time when football continued insignificantly, and perhaps ill-advisedly, but also showed the power of its people.

Earlier in the day, Lukaku’s Inter Milan teammate Christian Eriksen had collapsed on the pitch during Denmark’s match against Finland.

“My mind was with my teammate Christian, I dedicate this performance for him.”

Everyone within the Parken Stadium in Copenhagen came together to focus their support in Eriksen’s direction in whatever way they could.

When fans let out a rousing cheer as Eriksen left the arena on a stretcher surrounded by his teammates, there was hope that this was more than a gesture of encouragement and was also a reaction to seeing Eriksen responsive.

Images circulated shortly after showing Eriksen conscious with one hand on his head and breathing with the help of an oxygen mask.

Relief flooded around the world after viewers were left in shock after seeing the all-too graphic scenes on TV. Imagine how the players felt. The Denmark team formed a ring around their teammate to protect his privacy as he was revived on the pitch by heroic medical staff.

It was later reported that Eriksen was recovering in hospital and the Danish FA announced on Sunday morning that he was in a stable condition.

As Lukaku emphatically found the net twice in Belgium’s 3-0 win against Russia he not only hit back against those booing the pre-match gesture of solidarity, but it also gave him the opportunity to show support for his Inter teammate which he did via a pitchside TV camera.

The football continues questionably given the circumstances, but the actions of Lukaku and the Denmark players were heartening. Signs of Eriksen’s recovery even more so.