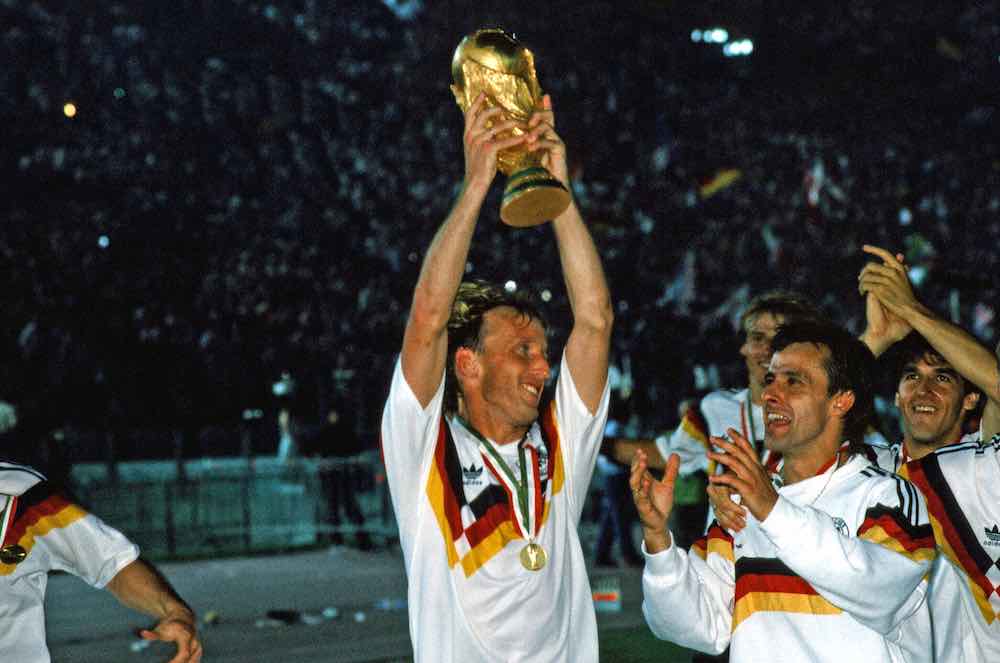 Scoring the winning goal in the 1990 World Cup final was iconic. Could you sum up that game against Argentina and what it was like to lift such a prestigious trophy?

“The game was very intense and of course both teams knew each other very well. We were very confident we would win since we have grown as a team from the final 1986.

“As a child I was dreaming, like many other children, about lifting the cup one day. So the moment I did a childhood dream came true! Our entire team has worked so hard to reach this goal.”

Football has many highs and lows, you also finished runner up at the World Cup in 1986 and at the European championships. How did you deal with those experiences?

“Franz Beckenbauer was a great motivator and he managed to keep us on track for the ultimate win 1990. Nevertheless, once you have reached a final, you also want to win it. So defeats in a final are very painful!” 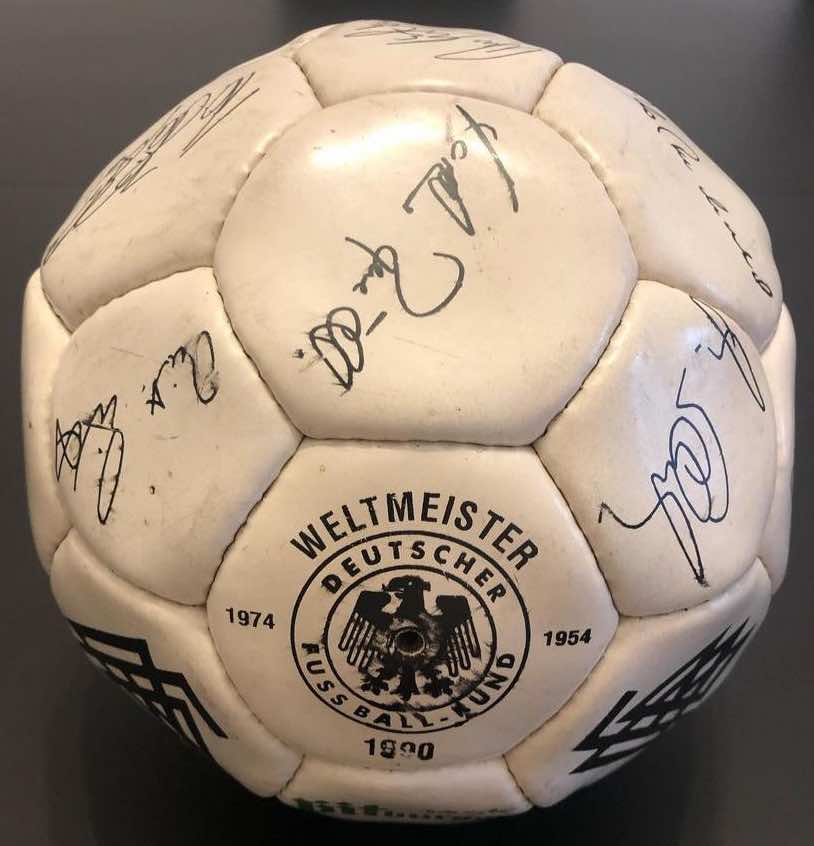 A ball signed by the Germany team for Brehme after the tournament.

How important were your spells at HSV Barmbek-Uhlenhorst and 1. FC Saarbrücken in your development as a footballer?

“I have learnt a lot in Barmbek when my own father was my first coach! I had an offer from the mighty HSV, but they couldn’t guarantee a place in the first team and I would have played the reserve team in a lower league – that’s why I moved to Saarbrücken as my first professional club.”

How do you reflect on your first spell with Kaiserslautern?

“I really liked it to play in Kaiserslautern and at that time the club was an established team in the Bundesliga.”

You joined FC Bayern in 1986. You won the Bundesliga for the first time in your first season at the club. What are your memories of that season?

“When you want to win titles in Germany you have to go to Bayern and I was happy that Uli Hoeness got me to Munich.

You also played in the European Cup final for Bayern and were runners up to Porto. What are your memories of that game?

“We were really confident to win that match and on paper, we were the favourites! But this is football. If you have a bad day and your opponents play really good then this means nothing and Porto won the title since they deserved this. It was a bitter defeat.”

You join Inter Milan in 1988 and win the Serie A title and the Uefa Cup. What was it like playing in Italian football with such a great team?

“Serie A in this time was like the Premier League of today. All the best players went to Italy and the atmosphere and matches were incredible.

“I learned a lot from Trappatoni and I guess the four years at Inter were the best years of my entire career.”

You played in Spain for one season with Real Zaragoza. How did football in Spain compare to Germany and Italy?

“It was much more technical. Originally I had a deal with FC Barcelona, but due to the foreign player rules (only three overseas players) I went at the end to Zaragoza.”

You finished your playing career at 1. FC Kaiserslautern by winning the Bundesliga in 1998 and the German cup in 1996. How special was that for you and the club?

“When I came back to Germany I wanted to play one or two seasons at Kaiserslautern. I was very lucky that I could play so long and finished my last professional game in my hometown, Hamburg, by winning the championship. There was no better way to finish my career!”

You’ve won so many major European titles and honours in your career. Who would you say the best players you played alongside were and who were your toughest opponents?

“Of course, Lothar Matthäus was one of the best and I played with him not only at Bayern and at Inter, but we played together in all the youth teams of the German National team as well.

“The toughest opponent was Ruud Gullit. He could do everything with the ball and it was really hard to stop him!”