Gary Lewin: Arsenal, England & The Importance Of The Team Behind The Team 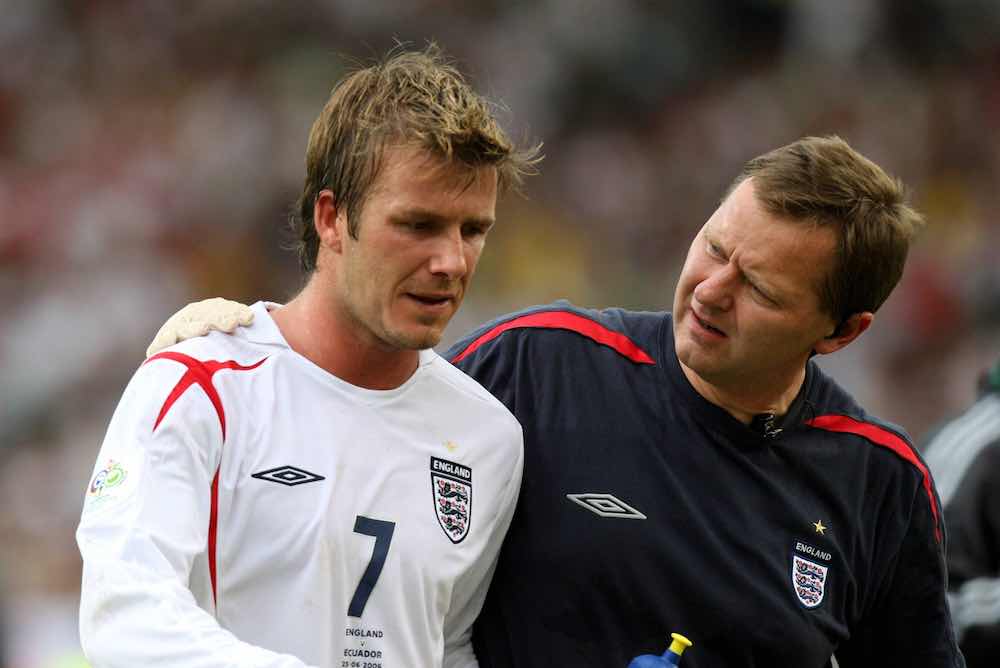 You’re most well known for being a physio with Arsenal and England, but I believe you started as a goalkeeper in the youth team at Arsenal. How do you reflect on your early memories of playing football?

“My football career was a very short one. I signed for Arsenal when I was fourteen as a goalkeeper and in those days, all I ever wanted to be was a footballer. Nothing else mattered to me.

“Fortunately, my family ensured that I focused on my education as well as football and I achieved good grades at school before fully focusing on my football.

“I was at Arsenal for four years until I was released at eighteen. It felt like the end of the world at the time, and I did not know what I wanted to do after that. I could have gone down to the lower divisions and tried to play myself back up to the top flight but my family advised me to focus on having a stable career and combine it by playing non-league football which could have led me back up the divisions if I were to impress.

“I spoke to Fred Street, who was the England physio at the time, and he arranged for me to go to visit Guy’s Hospital to learn about what it would take to be a physiotherapist.

“After that visit, I saw physiotherapy as a means of getting back into football as a stable career path, so I signed for Barnet for one year until I achieved my A levels and secured a place at Guy’s Hospital to embark on my journey into full-time physiotherapy.”

Before we discuss your experiences with club and country first hand, I want to start by asking specifically about your roles. You have been a physiotherapist and Head of Medical Services in your illustrious career. What do those roles look like within football on a daily basis?

“Basically, you are working seven days per week making sure that you are available twenty-four hours each day to be at the beck and call of the players and the staff. It is a very demanding job that takes up the majority of your time, so you have to be dedicated to it.

“For example, I had my first Christmas Day with family in twenty-five years when I left Arsenal in 2008 because we would train on Christmas Day every year before staying at a hotel on the evening of Christmas.

“We’d also play on New Year’s Day so I was always unavailable on New Year’s Eve and it was only permitted to take holidays in June when the club season was over so the job does impact your family life.

“However, you make those tough sacrifices because it is a job that you love and it’s very rewarding to be working hands-on at the elite level of sport.”

You joined Arsenal as a first-team physiotherapist in 1986 and served under managers such as George Graham and Arsene Wenger in a twenty-two-year association with the club. What are the standout memories that you have from that period? 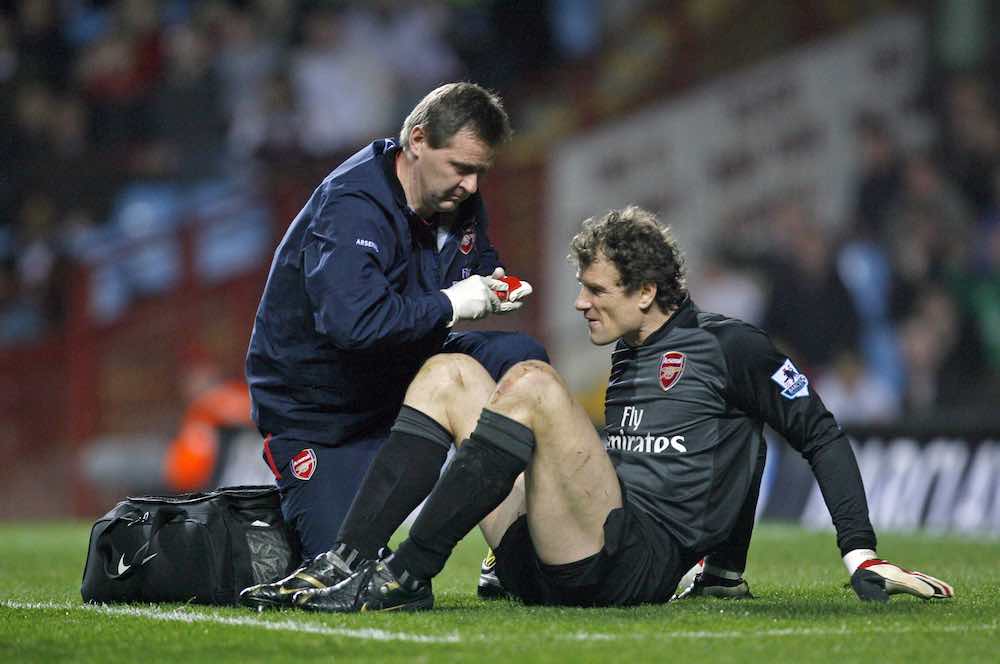 “George Graham brought me into Arsenal, so I have very fond memories of George and what he achieved at the club.

“The club were in a very low period before George arrived and he reformed the club. He got rid of some of the so-called stars of Arsenal and replaced them with exciting academy players bound by an incredibly strong work ethic.

“He was very demanding, but he got the best out of the players and everyone in the club by being that way. We won the League Cup in 1987 beating Tottenham on the way to the final. We won the league title at Anfield in 1989 which will always be the pinnacle of my career.

“We won the league again in 1991, we won a League Cup and FA Cup double and then capped it all off by winning the Cup Winners’ Cup against Parma.

“Those were fantastic years, and it was very sad that George left the club under controversial circumstances because he gave the club so much and he was always very good to me during my time working for him.”

Many within football believe that Arsene Wenger revolutionised the physical performance of players at Arsenal, which then influenced English football as a whole. How closely did you work with Arsene in those early years of his era to ensure that he settled the players into his way of thinking as soon as possible?

“Arsene was great. He involved the staff from day one and was very clear at explaining what he wanted to achieve. He revolutionised each player’s approach to training and preparation which was influenced by sports science.

“Before Arsene, there was an attitude in English football that as long as you won on a Saturday then what you did for the rest of the week didn’t really matter, whereas Arsene always emphasised that you should train as you play and prepare your body as best as you possibly can for maximum progression.

“The food provided around the club changed, the intensity of each training session changed and our matchday preparation changed as we would stay in a hotel before every match regardless of whether it was home or away.”

You worked with the England National team from 1996 to 2017. How proud were you to work for the national side and did you have to liaise with physiotherapists at club sides to aid your work during international breaks? 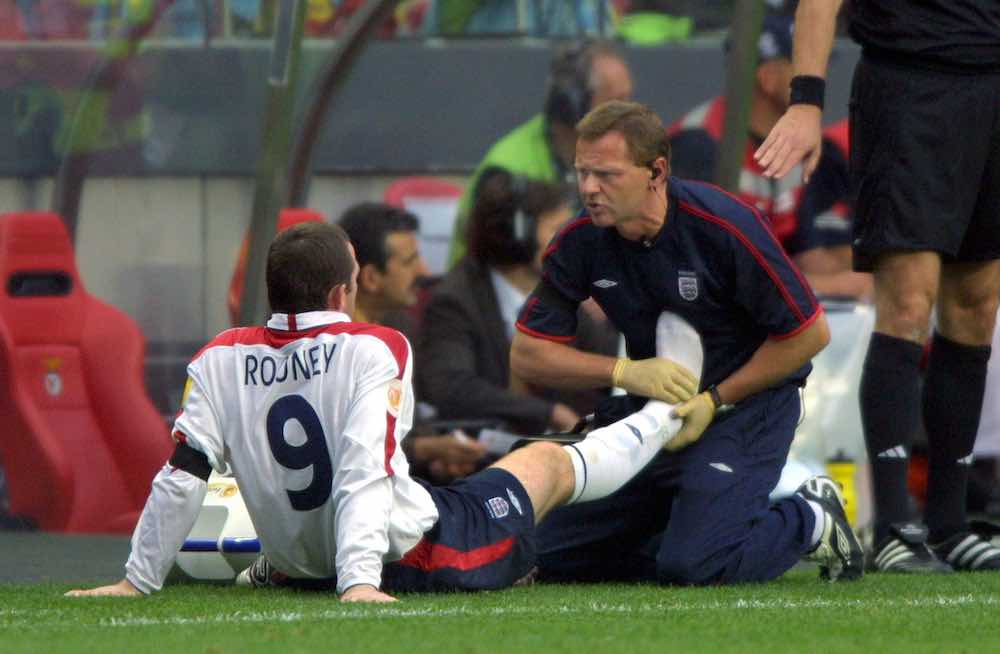 “I worked for the national side on a part-time basis only during international breaks for the first twelve years while I worked at Arsenal for the remainder of the time. That was difficult to manage as it was very time consuming, and I was liaising with clubs while also being a full-time employee of Arsenal.

“That changed in 2008 when I left Arsenal and moved to work with the national team on a full-time basis. This enabled me to go around all of the clubs and check in with the medical staff of each club and the players on a hands-on basis.

“It was the greatest honour to work for England. Whenever I hear the national anthem, it gives me goosebumps as reminds me of each game that I was on the sideline for and even though we were unable to win anything, I still look back with immense pride at working for my country.”

We are speaking just as Euro 2020 has concluded. You went to nine major tournaments with the England national team. What is it like working at a major tournament with the eyes of the nation on every movement of the squad during that period?

“You are living in a goldfish bowl for those five or six weeks of the tournament. You block off much of what is going on in the outside world as your full focus is on what you are striving to achieve within the camp.

“Being so close to everyone within the camp creates a family atmosphere. You are living and breathing football every single day with the same group of players and staff.

“Whenever a tournament ends it is always a very sad moment as you have spent so much time around each other that it becomes the norm.

“Even now if I meet a player that I was on a tournament with it is like meeting a family member. There are mental and physical challenges to each tournament, but you also realise just how much of an honour it is to be in that role.”

Since leaving the England National Team, you’ve worked with West Ham and you are now working as Head of Sports Medicine with Arsenal women as well as running your own clinic. How much are you enjoying your current roles?

“I am older now and my roles are different now to what they have been in the past. I am very experienced, and I love running the clinic with my cousin Colin. It has been successful so far and I really enjoy my work.

“When the opportunity to come back to Arsenal to work with the women’s team came up then as long as I could maintain my work with the clinic then it was a no brainer for me.

“I love working in football and the women’s game is of a very high standard and is continually improving year on year.

“I have the best of both worlds now between my work at the clinic and my work with the football club so I am in a very good place.”

Finally, what advice would you give to any budding physiotherapists or medical personnel who would like to work within the football industry?

“I would advise them to be aware that it is a very demanding job with long hours but one that is also very rewarding.

“There are thousands of qualified medical staff who want to get into sport, so my main piece of advice to those striving to get into the industry is make yourself stand out.

“Volunteer to work evenings and weekends, strive to deepen your knowledge with post-graduate qualifications and gain as much experience as you can across sports, whether that’s at the local football, rugby or cricket club because every experience matters and counts.”