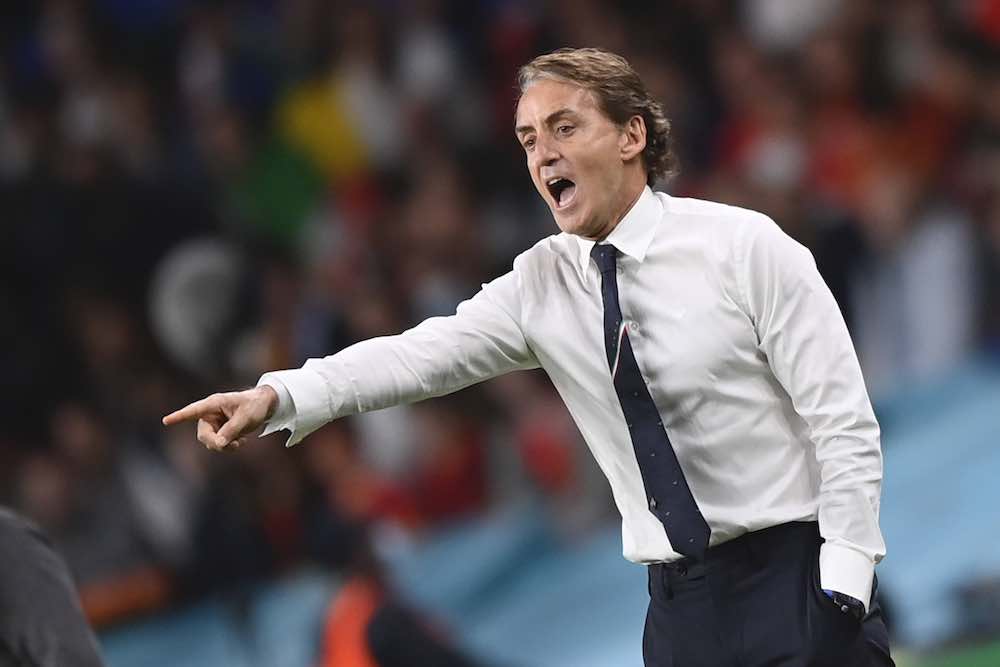 Italy are through to the final of Euro 2020 after defeating Spain 4-2 on penalties at Wembley, setting up a tie against England or Denmark in Sunday’s final.

In front of just under 60,000 fans, Italy maintained their unbeaten run – which now stretches to 33 games – with coach Roberto Mancini having transformed the side’s fortunes after The Azzurri failed to qualify for the last World Cup.

Speaking after the game to RAI Sport, Mancini said: “The credit goes to the lads, because they believed in all this three years ago, but it’s not over yet.

“We’ve got to gather our strength, what is left, and prepare for the final.”

In a thrilling match with the teams difficult to separate per odds comparison sites like Oddsninja.com it was the Italians who had taken the lead through Federico Chiesa on the hour mark, before Alvaro Morata came off the bench to level the tie with 10 minutes to go.

Morata would go on to miss the crucial penalty in the shootout with the game ending 1-1 after 120 minutes of high octane football.

Chiesa picked up the Star of the Match award, dedicating it to Leonardo Spinazzola who missed the tie after picking up an achilles injury in the quarter-final.

Speaking to Sky Sports Italia, he said: “He would have helped us tonight, but these things can happen in football, we hope we can give him satisfaction in the final.”

Gigio Donnarumma saved Morata’s penalty, before Jorginho slotted the ball past Unai Simon with his iconic skip, hop and jump technique to seal victory for the Italians.

Explaining to Sky Sports Italia, the Chelsea midfielder said: “When you take the kick, you feel this weight fall off your shoulders.

“I tried to forget everything around me, focus on what I’d trained to do, took a deep breath and got on with it,

Leonardo Bonucci also congratulated the Spanish and admitted to RAI Sport it was “the toughest game I have ever played”.

Spain coach, Luis Enrique, had left Morata out of his starting lineup, selecting Mikel Oyarzabal ahead of the Juventus striker – which caused Italy plenty of problems.

Spain were arguably the best team on the night and Enrique believes his side left everything out on the pitch.

Speaking to RAI Sport after the game, the former Barcelona man said: “Happy for what I saw, the level was incredible between two quality teams who tried to play good football.

“I think it was a spectacle for aficionados of the sport.”

“I congratulate Italy and hope they can put in another fine performance in the final, trying to win the trophy.

“I have no regrets.

“Everyone has to do his job and do all that he can.

“Italy started with extraordinary intensity, so did we, it was like two sports cars racing each other, head-to-head, and some of the best football we’ve seen in the Euros.”

When asked about his decision to not use either Morata or Gerard Moreno as a traditional number 9, he revealed:

“I saw Chiellini and Bonucci deal with Lukaku and thought maybe it’s better to take away a reference point, add another body in midfield. It was a good plan, we overcame the Italian press and played really well.”

As one of the teams of the tournament, Italy have impressed with their attacking style and defensive resilience, scoring 12 goals and conceding just three.

But it was their heart and determination that saw them claim victory in London with much of that down to.Mancini. The former Manchester City boss has revolutionised the way Italy play and has created an amazing team spirit – now a final of a major tournament awaits on Sunday evening.