Klopp Could Hold The Key To Unleashing Liverpool Linked Sanches 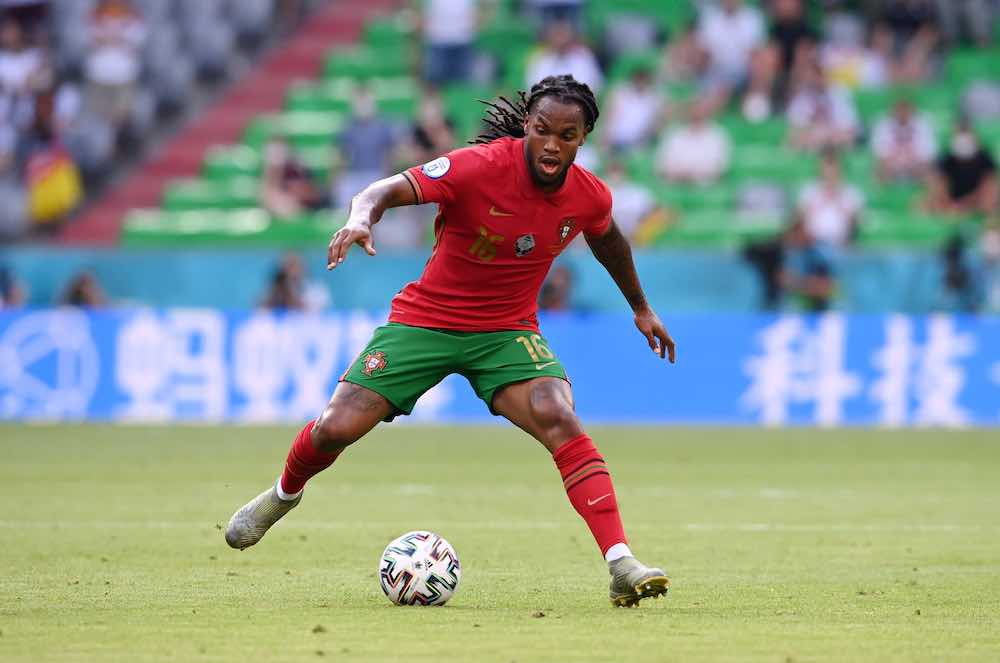 When Renato Sanches put pen-to-paper on a season-long loan deal that saw him swap Munich for the south coast of Wales, it would be fair to say that there was a certain amount of bafflement.

After all, it had been merely a year since Sanches starred in Portugal’s shock 2016 Euro triumph, scooping himself the golden boy award and a move to German champions Bayern Munich for a fee north of £30m in the process.

However, with the Portuguese starlet failing to make an impression in his maiden season, serving Swansea boss at the time Paul Clement made use of his Bavarian connections to secure his services.

Clement had worked with Sanches during his time as Carlo Ancelotti’s second in command, and with talismanic midfielder Gylfi Sigurdsson having switched Wales for the blue half of Merseyside, he’d put faith in the budding star to become his new midfield metronome.

Sadly, this faith was vastly misplaced, and things rapidly went from bad to worse for Sanches, who’s meteoric ascension seemed like it was being followed by a cataclysmic decline.

The moment that perhaps typified a forgettable spell in the Premier League came in a particularly poor showing against Chelsea at Stamford Bridge.

After already making a string of wayward passes, Sanches received the ball under no real pressure before nonchalantly stroking it out of play for a Chelsea throw-in, much to Clement’s disgust.

As the camera panned round to the Swansea boss, he already had his head in his hands, stroking his brow in disbelief as a smattering of Chelsea fans sniggered in the background.

Sanches was dealt the final indignity of being replaced at half time, leaving his confidence well and truly shattered and his once-promising career seemingly in ruin.

Having returned to Germany, Sanches amassed a handful of appearances under new manager Niko Kovac, even occasionally managing to force his way into the Croatian’s starting XI as he began to rediscover his previous mojo.

But following a late dismissal in a 1-0 victory over RB Leipzig, he reverted to the shadow of his former self that had struggled at the Liberty Stadium and the Allianz Arena alike.

With it clear that Sanches needed a fresh start somewhere with less expectation and more familiarity, agent Jorge Mendes set to work on finding him pastures new, and sure enough a transfer to Lille was quickly formalised for a club-record fee of £25m.

The fee paid by the French outfit was an undeniable show of faith in his abilities, and the chance to link up with fellow countryman and club captain José Fonte offered further reassurance for a player who had struggled to settle since leaving Benfica and his homeland.

The only thing left for him to do was to prove to the world that he was back, and what better stage than the very competition that helped him make a name for himself in 2016?

But after two flat performances from the United ace, Sanches finally got his chance and boy did he take it.

Unrecognisable from the player that trudged around Stamford Bridge, Sanches excelled against France and Belgium, displaying the vibrance and tenacity that had once prompted Bayern Munich to part with more than £30m.

Despite Portugal’s early exit at the hands of Belgium, there was one outstanding positive to take from the tournament – Sanches was finally back, free of his shackles and once again in love with the game.

And it seems that history may well be repeating itself as Jürgen Klopp is reportedly keen on bringing the midfield dynamo to Anfield this summer, perhaps signalling another big move for Sanches after yet another impressive turnout in the Euros.

Such a deal may well be closer than once thought, with well-respected Italian journalist Fabrizio Romano reporting that both the midfielder and his current club would be open to the deal.

The French champions are rumoured to have put a £30m price tag on Sanches, which could prove to be somewhat of a snip for Liverpool considering the fee that Lille shelled out to sign him just two years ago — not to mention the fact that he is still just 23 years old.

Some Liverpool fans have voiced their concerns about Sanches, however, citing his previous struggles at Swansea and a patchy injury record as reasons to reserve excitement over any potential deal.

But despite the scepticism, with Klopp’s guidance Liverpool and Sanches could be a marriage made in heaven.

Following Georginio Wijnaldum’s exit to Paris Saint-Germain, The Reds are in the market for a combative, all-action midfielder who has the engine to effectively execute a high press.

Sanches has all these attributes in abundance, making him a ready-made replacement for the Dutch midfielder with arguably a higher ceiling.

While Wijnaldum has been an incredible servant to the club, Sanches possesses the flair and capacity for brilliance that is perhaps missing in the Dutchman’s honest approach to the game.

His inconsistency does warrant some caution, but confidence seems to be the key to unlocking Sanches’ potential, and who better than Jurgen Klopp to wrap a reassuring arm around the Selecao dynamo and nurture his undeniable talent?

The Liverpool boss has long emphasised the importance of forming bonds between himself, his players, and the fanbase, creating a unique environment that has allowed countless stars to flourish.

For a player still baring the feint scars from his previous stint in the Premier League, such surroundings could be the key to ensuring that Sanches is an instant hit on Merseyside.

Failing to secure Wijnaldum to a new contract and perusing Sanches is a quite a sizeable, calculated risk on Liverpool’s part. But if Klopp can get the level of performance from the midfielder that he displayed against Belgium in the Round of 16, which we know he is more than capable of doing, then that risk may bring scintillating rewards.